My Rummage Case Part 4. ANYTHING GOES


'Anything Goes' by Cole Porter was written in 1934. It's bizarre to see that what was written then is still applicable today. You get such lines like -
"Good authors too
Who once knew better words,
Now only use four letter words writing prose,
Anything goes".

In my recently discovered Rummage Case I found these scribbles - dated 30 December 1988 - which I had made in my notebook regarding the movie 'Blue Thunder' which was shown on BBCI. I scrupulously wrote down the colourful 'prose' I encountered in this Hollywood movie. The short review given in the programme reads "This makes for a dullish story, but spectacular air scenes." I had noted down these examples. So here goes.
1. kiss your arse goodbye
2. scared the shit out of me
3. you arsehole
4. get your arse out of here
5. get off your backside
6. no shit
7. what's all this shit
8. they're after your arse
9. Holy Shit
10. Hold your nose. We're in deep shit
11. They chewed my arse off, just like that.

Twenty years later this 'flashy' vocabulary and worse than this, has become common parlance amongst our youngsters. I do not expect them to use Shakespeare's language but there is a threshold to imitating Hollywood/western jargon which borders on squalid, unimaginative and lazy thinking.
When we were children (here she goes again!) the utterance of a word like 'babi' (pig) will be corrected by rubbing a split chili on the lips.

By coincidence, I had just looked into Kata Kama's blog dated Friday 29 January where she posted an interesting article about "No-panties promotion" for Valentine's Day. It smells of American High School Girls' mindless frolics.
I am quite certain the 'liberals' in our society will just shrug this off. Also the watchful eyes of the West, the guardians of our women's freedom would look on approvingly.
"In olden days a glimpse of stocking
Was looked upon as something shocking.
But now, God knows
Anything goes."

Read this
(Thank you Putri, for 'lending' me your posting)

I suppose Kata Kama and I would be branded as dinosaurs. But if this is what young, 'liberated' Malaysian women want they can keep it. However, they need to recognise that this is pretty toxic culture that they're adopting. 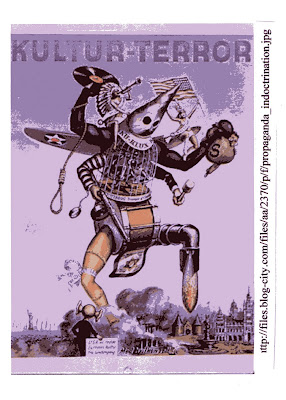 I would rather be berated as a GOW (Grumpy Old Woman) than feted as a WOW (Whore Of the West). And that refers to both genders.
Posted by anak si-hamid at Saturday, January 30, 2010