We returned last week and looked for our much-missed breakfast of tosay, roti telur, teh tarik and kopi susu kurang manis.  On our frst morning, we headed for the mamak restaurant just up the road. Aaaah puas!!

Next we walked on to Giant Supermarket to stock up on our comestibles.  What joy when we saw on the shelves a bunch of Pisang Emas!  I have never understood why our Malaysian supermarkets tend to stack up mainly Dole and Cavendish Bananas when local Pisang Emas and Pisang Rastali are almost impossible to get hold of.

When we got to the checkout counter we were given a bright smile from the lady serving at the counter.

The lady was so surprised, turned to the checkout lady behind her and exclaimed.
LADY  Wah,  dapat habiskan pantun 'ni!!
AsH  (with a smile)  Kami orang lama.

What a lovely welcome home to my Tanah Air.  Pisang Emas and Pantun Melayu.
Maybe all is not lost?!

Growing up in Pasir Panjang, Singapore in the 1950s and 1960s,  Emak brought us up on a regular string of pantuns - to keep us on the straight and narrow and perhaps to remind us not to forget that we are Malays, especially as we were being educated in an English school.  By the way, Emak never had any schooling at all - whether in Arabic, Malay or English.

SM Salim was one of Emak's favourite singers and she loved this song on 'BUDI'.

BUDI - 'mengenang dan membalas budi'  was an attitude that she drummed into our heads.  Budi for her and Abah was not merely confined to the 'receiving' but also the 'giving'.  It was not just a matter of responding with a terima kasih.  It involved appreciating, remembering and reciprocating.

Sad to say, in the 21st century, Malaysians - and especially the Malays - have marginalised and even forgotten this aspect of their culture for other norms like cultivating and accumulating kudos for ensuring themselves a place in paradise.  I cannot speak for Malaysians who are non-Malays but they too I imagine, would have values of BUDI in their culture - and no doubt the 21st century has caught up with them too.

And this brings me to one crucial aspect of the practice of BUDI - of appreciating the lot we have been given and of counting our blessings: and that is recognizing that we Malaysians have grown and flourished in this generous, tolerant, bountiful, pleasant and peaceful land.

The checkout lady at Giant (she must be in her late fifties), bless her, still remembers her Malay pantun.  Fast forward a decade or two, how many will still apply and appreciate this facet of Malay culture.  These lines from the song above are grim portents of the fate of the Malays.

What did I leave behind in the spouse's kampung?

The British have finally got their divorce from Europe.  It was acrimonious, divisive and at times very nasty.  A decision was made firstly in a referendum over three years ago, then secondly in the European Election of  23 May 2019.  In this, as a PR of UK, I voted for the Brexit Party and Brexit. 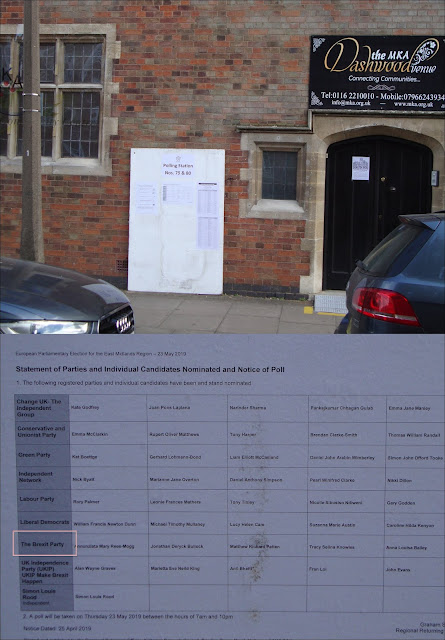 A small digression:  The last posting touches on one of the main reasons why the decision to leave the EU was made - and then confirmed twice, each time more forcefully than before: this was the question of immigration from Eastern Europe.

A week before we left,  the spouse was walking our friend Colin to his car.  One of the Romanian neighbours smiled and wished the two white British Nationals "good morning".  Before 31 January 2020 (when UK officially left the European Union), and since they moved to our street in 2014, they would just scowl at Iain and their wives would bump shoulders against me whenever I walked past them on the pavement.    Why the about-turn in attitude?     I suppose it all boils down to power and the fear of being made powerless - when all it needed, right from the beginning, was respect and goodwill and less arrogance and self-entitlement.

Can  Malaysia learn any lesson from this??


And so, finally, the General Election on 12 December 2019.    This put paid to all the moanings of the Remainers who wanted a Second Referendum because they insisted that the First Referendum of 2016 did not give an acceptable  majority for leaving the EU.

Boris Johnson and the Conservative Party's manifesto of "Get Brexit Done"  was the cue not only for the most devastating defeat in 84 years for a dithering Labour Party,  but also a conclusive decision to leave Europe. 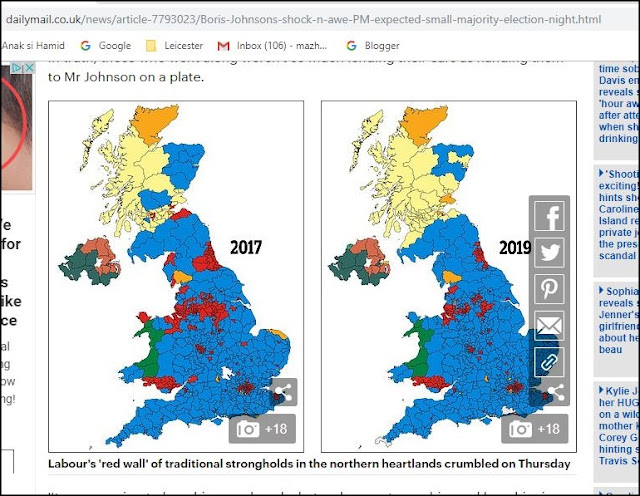 I take heart that my decision to vote for Conservative instead of Labour  was replicated by Labour members in the North.  I have a strong empathy for the North especially when Thatcher's pit closures led to the Miners' strike of 1984-1985, when thousands of men were abandoned to the scrap heap. 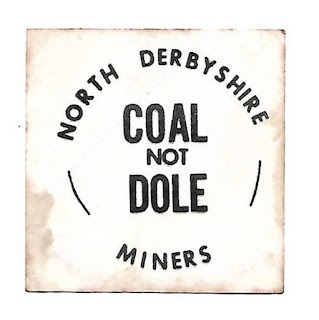 The grief and despair of these Northerners were hard to live with.  We became especially close to them because Iain's Aunt Peggy was a strong supporter and sympathizer with the miners and their families.

Peggy passed away about 15 years ago.  Her hometown Bishop Auckland decided this on 12 December 2019.  They wanted out - they wanted Brexit. 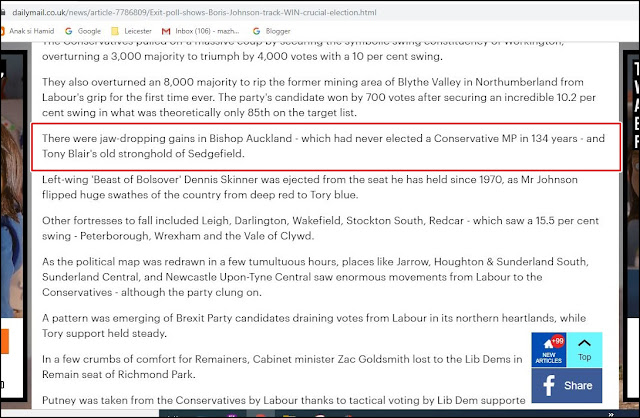 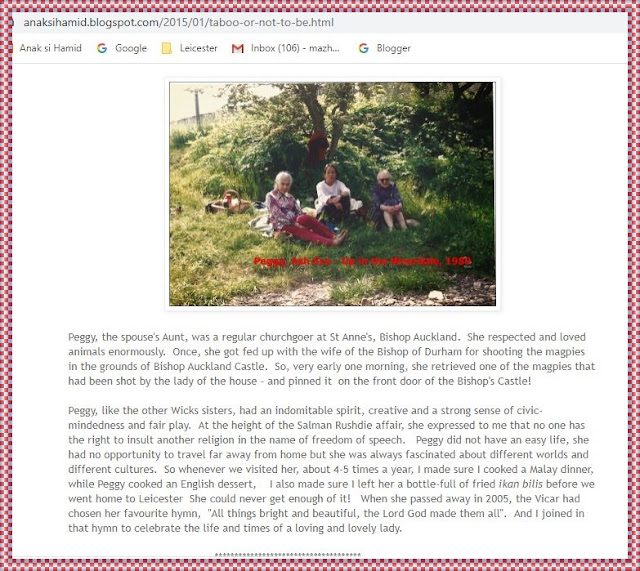 Well, that's Brexit done and dusted for the spouse's country and my adopted country. 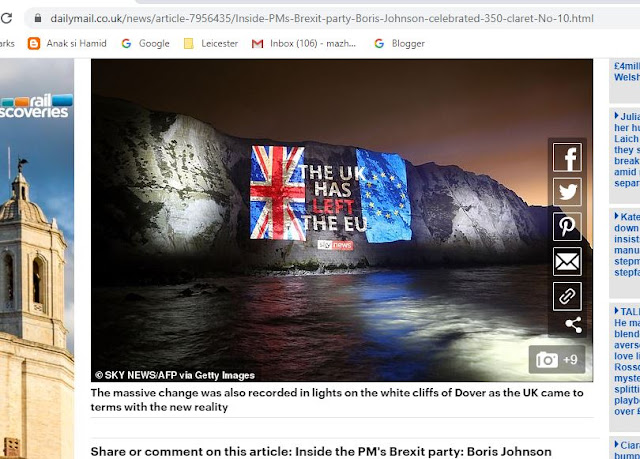 What will be the fate and future of my country and the spouse's adopted country?  Who knows, out of the woodwork we may get  a hero in Malaysia, something like this knight in UK?  Perhaps a Malaysian style Datuk Buckethead???? 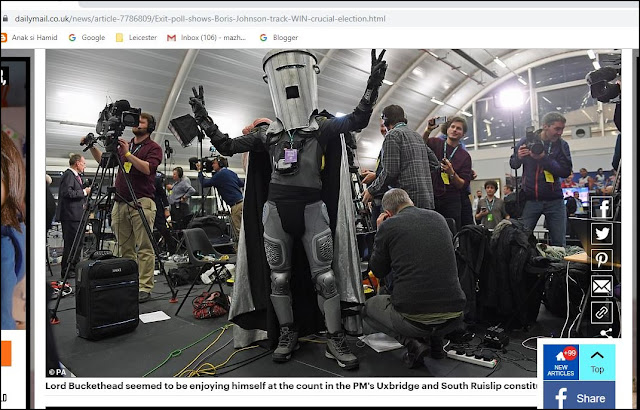 One can but wish, can't one?

Posted by anak si-hamid at Saturday, February 15, 2020 No comments: