...... sin.  So it says in a dictionary of similes.  But there's nothing pitiable about sin.  I prefer "as miserable as a frost bitten apple" - from Frank J Wilstach's  'A Dictionary of Similes'.

For the past two weeks, AsH has been feeling wretched because the laptop was hit by a virus, it had to be disinfected.  Then there came the re-formatting.  AsH had to save all her stuff in Pictures and Documents into a Hard Drive.  After the formatting was done, she discovered to her horror that she had not saved Word and the Printer/Scanner ... more sighs ... more wringing of hands ..... technology is wonderful but this time technology sucks.  I blame it mainly on myself because this hi-tech world is not for the likes of someone born in the first half of the last century.

How shall I deal with this?  Yes!  I shall cook an English dinner and invite this deserving and loving lass Dorah and her good friend Sheila (who cooks the tastiest lasagne East of Bangi) as our special guests.

[Dear Lely, we wish you could be here too (because I made the same roast chicken stuffing that you so liked so much .....

........ when you came to spend the spring of 2008 with us in Leicester many, many moons ago).  But that nasty Covid 19 has made a right mess of our lives and relationships in 2020.  However, we will be thinking of you and Uncle  especially - by devouring your share]

So I vented my frustration over the computer by cooking all day on Saturday. It was a right slap-up meal of mushroom soup with croutons, roast chicken marinated in rosemary and olive oil plus stuffing, sauted potatoes, French beans in garlic butter, Yorkshire pudding and Iain's in-house salad. 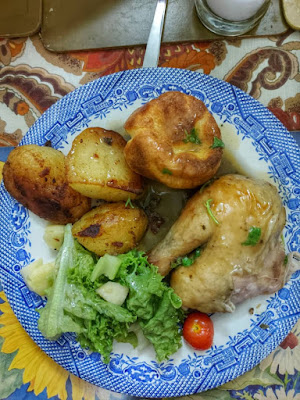 For dessert, it had to be the spouse's favourite apple pie and custard. 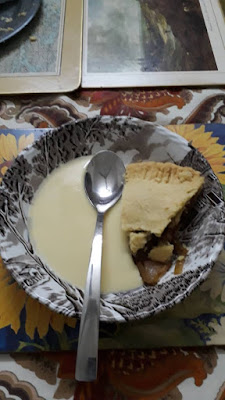 That indeed washed away all my misery.

And when the young 'uns like Dorah exclaimed, "Auntie, I'm going to eat first.  I just cannot, I cannot help myself" followed by a sweet "Thank you, Uncle" from Sheila, I knew I can now say bye bye to my computer woes.

Syukur Alhamdulillah for the food on our table, for all our blessings.  The heart however, cannot and must not stop thinking about the misery of so many in our Tanah Air who are jobless and trying their darndest to keep body and soul together while our elite, political and business thrive on their ill-gotten wealth, their power-lust, grand lifestyle and  privileges.

This is the country that Covid 19 built

It begins with these lines.

This is the house that Jack built.

This is the malt that lay in the house that Jack built.

This is the rat,

That ate the malt,

That lay in the house that Jack built.

It's a long rhyme with a bouncy repetitive beat that we kids loved to recite.   But this short bit is enough - for in those few lines it sums up the state of Malaysia.

We have too many rats (and it's not just because this is the Year of the Rat) that ravish and gorge on the bags and bags of 'Malt'  ( resources, opportunities, wealth) that Malaysia has to offer.

Ever since 1789, this nation has  operated and thrived on the basis of the SAS motto of  'Who dares, wins'.  Of course most would connect this to the ethos that to be a winner you have to be enterprising and courageous.

And this subscribes very much to the Judaeo-Christian philosophy/culture, as reflected in this 18th Century tract.

It's such crooked thinking to suggest that it requires little perseverance or exertion of labour to achieve the barest necessities of life. In the case of Malaysia, say that to the faces of the fishermen and rice farmers, the market and pasar tani stallholders, the hawkers and warung keepers, the FELDA pioneers, the road-sweepers, the Grab and Panda delivery service riders, the taxi drivers and bus drivers in the urban centres.  That 'luxuries' and their 'consumption' will inspire men to be more industrious is even more ridiculous - for what this actually does is to enable the 'persevering and industrious' to make big profits and then create indebtedness among the 'savage and uncivilized hordes' and the 'indolent and dissipated'.  And the Malays have been tarnished again and again by some of our brethren (and others) with that word 'indolent'.

Well, what hope is there for an indolent Malay to become an entrepreneur owning 26 factories or so?

As always it's back to basics, back to the hard, raw data.

The above came from :

Yesterday, I was appalled to learn this. 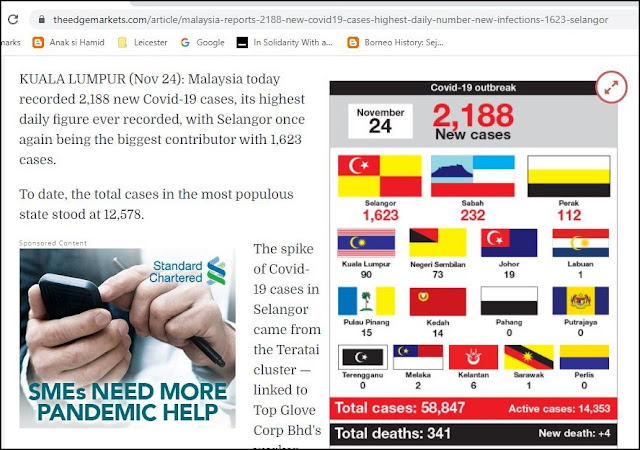 First we had the spike from Sabah, thanks to our bog-standard quality of politics, politicians and democracy in Malaysia.  Now we have contributors from our own home-grown bog-standard (?) entrepreneurs, the kind that J R McCulloch   (see Figure1 ) was rooting for in constructing a civilized and productive society. 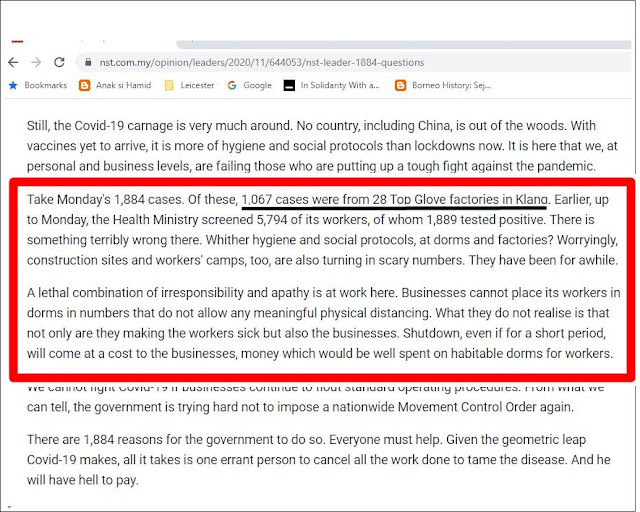 Who and what is Top Glove?  But first, a song about an ant and rubber tree plants, a silly old ram and a billion kilowatt dam. Nothing's too daunting if you want to be Top Dog in any field of power and wealth.

As for Top Glove, here's just a little window on its makeup.

Yesterday, we ventured out for our usual Wednesday morning walk around the little lake at Sri Rampai followed by tosay at our favourite Mamak restaurant located within a shoplot of motor workshops and motor accessories shops.  On our way along Jalan Jelatek, I  saw a young lass ( I think she deserves the word 'lass', unlike our "Kota Kinabalu lass" -  5 November posting)  minding a little stall selling nasi lemak Gombak.  Jalan Jelatek is a busy, messy, gloomy, horrible road, which looks  like a scene from a dark Gothic movie. The massive construction of the 6-lane elevated highway is a ghastly scar on what was once a dual carriageway separated by a line of trees on the divider.

In all the years since 2007 when we were  driving along Jalan Jelatek, we have never, ever seen a single stall operating along this stretch.  It's such an unlikely place because of the heavy and fast traffic, because of the hideous flyover that blocks the sunlight.  You would not  expect any driver to stop to buy whatever you're selling.  But this child ( in the eyes of a 76 years-old AsH) was there, a solitary, forlorn and hopeful young woman.  In the midst of this cruel pandemic, she was trying her best to earn a little living for herself and her family.

At 7.30 a.m., the traffic was all travelling on the far lanes, so few cars went past this lass and her stall.    Had she set up next to the busy lane, which was lined with bollards, few people would have been able to stop even if they wanted to    On the side she had sited her stall, there was room to operate - but there was virtually no traffic....and so almost no customers.

We salute her, her immense courage and spirit.

This morning, we drove along that same stretch .....

I recall the words of Koon Yew Yin when he 'fretted' over what the hell is wrong with the Malays! And he was quite clever to quote the words of a Malay who does not wince at condemning his fellow Malays.  For Mr Koon, this is seperti bulan jatuh di riba!  This is indeed how the  Malays can be used to screw their fellow - Malays.  Aaaah si Luncai!! 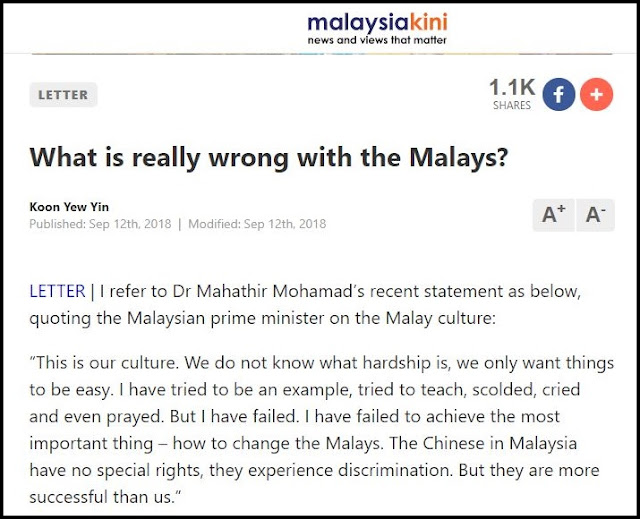 One day, maybe, that young girl or her anak or cucu will be able to be more successful than Koon and his tong pao.  Maybe one day they will pick up the tactics and  tips from the writings and experience of the taukeh himself. 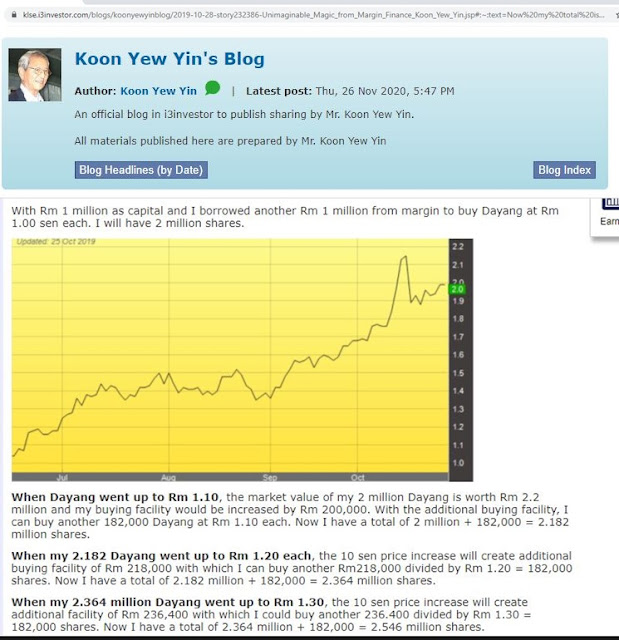 Or maybe Mr Koon would say "Oh yes. And pigs can fly".

However, my Putri Peniaga does not need to be a  Flying Pig.  She has to seek a life that is more meaningful than money can buy even as .....

We bought several packets of nasi lemak and karipap for our breakfast and our neighbours'.

As we left, I asked her to awas and jaga diri baik baik as this is not a safe place for a young girl to be on her own.  I hope she will be able to move to a more secure location.  As it is, the streets near us are already chocka-block full with stallholders desperately trying to make a living.  A year ago there were maybe ten; now there are at least fifty.   We get different groups of hopeful entrepreneurs during the early morning, midday and evening slots.  Furthermore some of our well-heeled middle class Malay neighbours are irritated because one of them has a problem getting her Mercedes through the clutter of customers at the stalls.  The other exclamed, "I thought this is an elite area!".

Posted by anak si-hamid at Thursday, November 26, 2020 No comments: 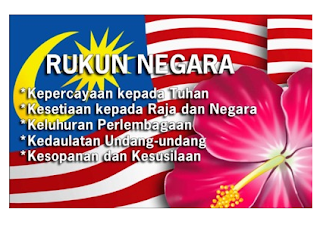 Perhaps we can all learn something from the DG's reply to your crass insult.  But it will cut no ice with you, as with most politicians in Malaysia. 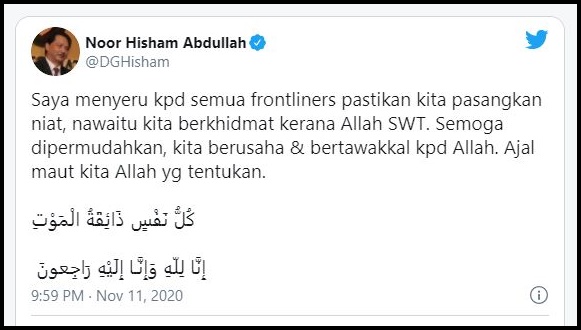 So, in YB Dato Sri Tiong's world, the digit 4 is absolutely taboo.  It even goes as far as in picking western names.  You may choose names like these for yourself or your daughters, like Hannah, Audrey and Teresa.  But never, never Lucy.  LU SI - it invokes a fate worse than bad luck. It means YOU DIE. It is not something you wish upon anyone, not even your worst enemy.  But to accuse someone of being afraid to die, "takut mati", is quite reprehensible and uncivilised.  Especially as YB Dato Sri Tiong King Sing belongs to a 5,000 year old (according to the late Mr Lee Kuan Yew) culture.

Here's a lively song for strutting between Bintulu and Parliament House and back to Bintulu.

May you live long and prosper.

On a dark desert highway

Cool wind in my hair

Rising up through the air

Up ahead in the distance

I saw a shimmering light

My head grew heavy and my sight grew dim

I had to stop for the night

There she stood in the doorway

I heard the mission bell

And I was thinking to myself

There were voices down the corridor

I thought I heard them say

Welcome to the Hotel California 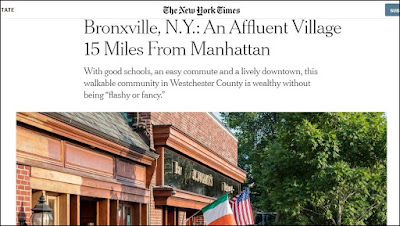 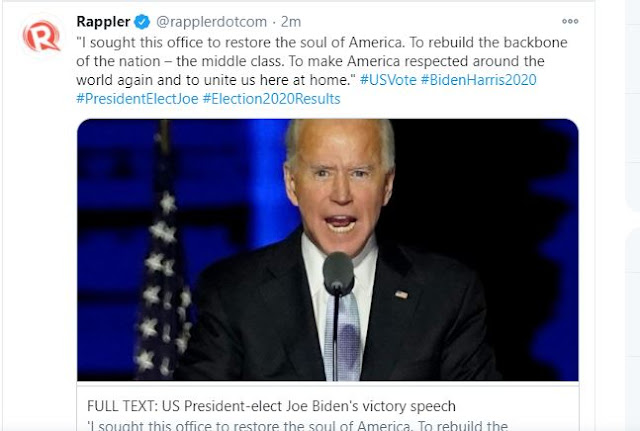 Such a lovely face 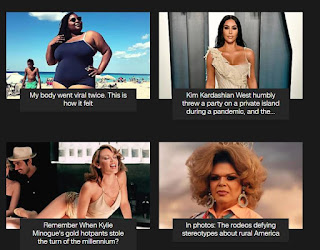 Plenty of room at the Hotel California 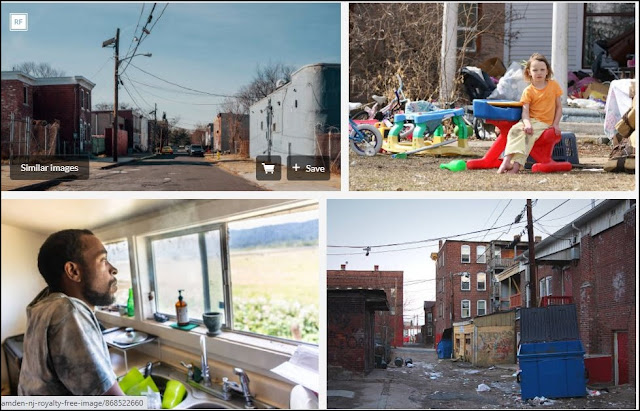 You can find it here

Her mind is Tiffany-twisted (mind twisted with materialism and status)

She got the Mercedes Benz

She got a lot of pretty, pretty boys

That she calls friends

How they dance in the courtyard 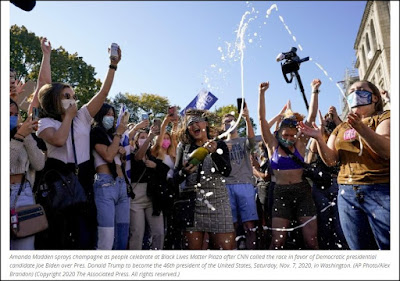 Some dance to remember 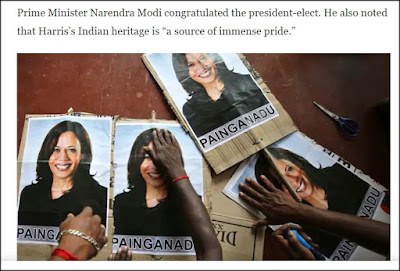 Some dance to forget 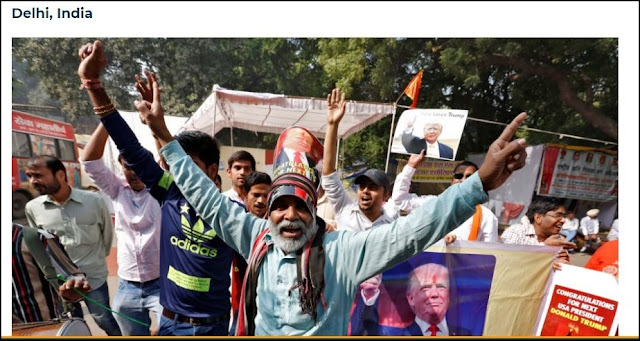 So I called up the Captain

"Please bring me my wine" 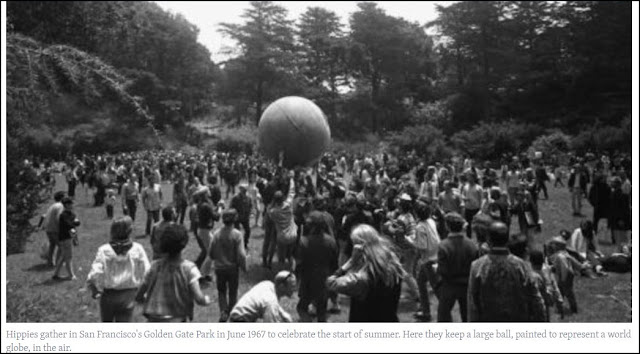 And still those voices are calling from far away

Wake you up in the middle of the night

Just to hear them say

Welcome to the Hotel California 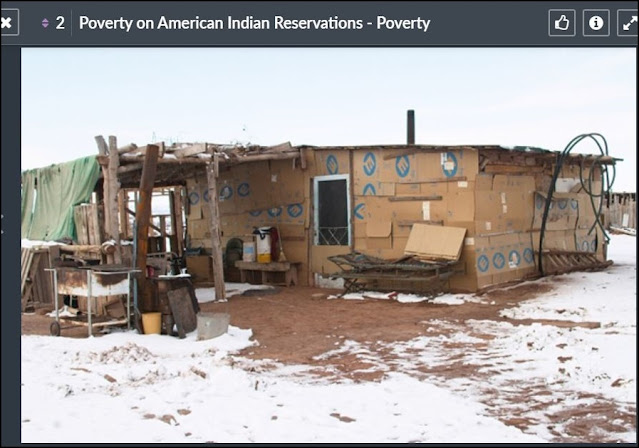 Such a lovely face

They living it up at the Hotel California 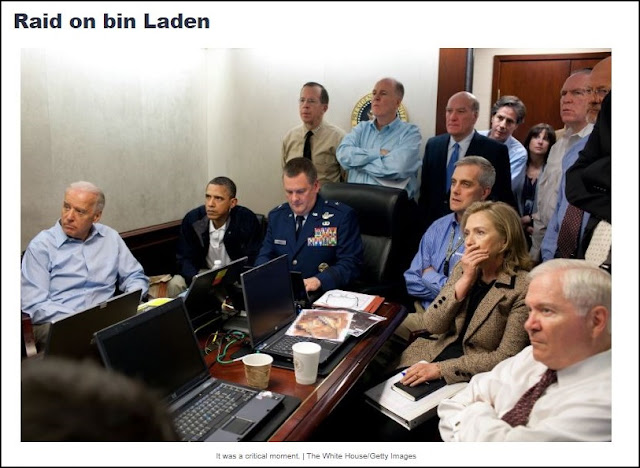 Mirrors on the ceiling

The pink champagne on ice 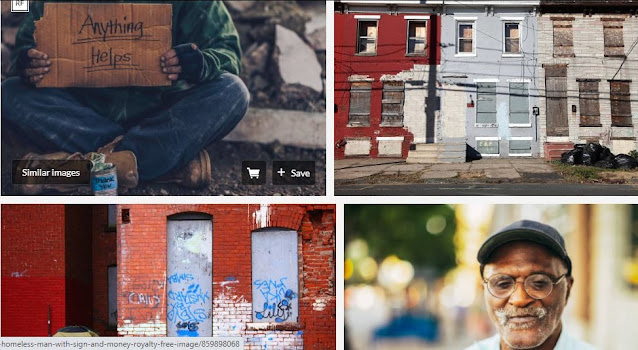 And she said, "We are all prisoners here of our own device"

And in the master's chambers 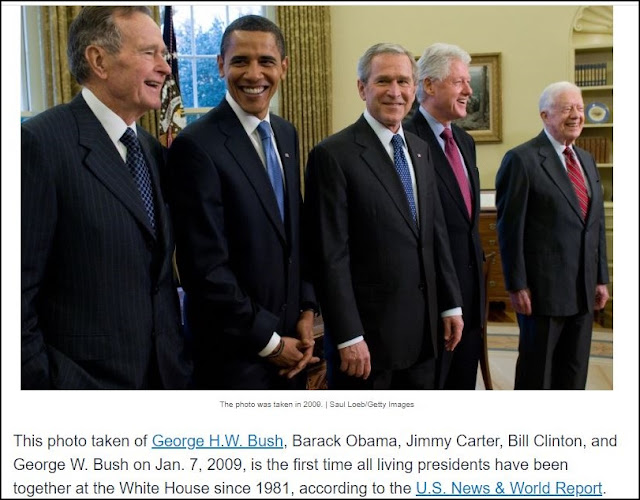 They gathered for the feast

They stab it with their steely knives 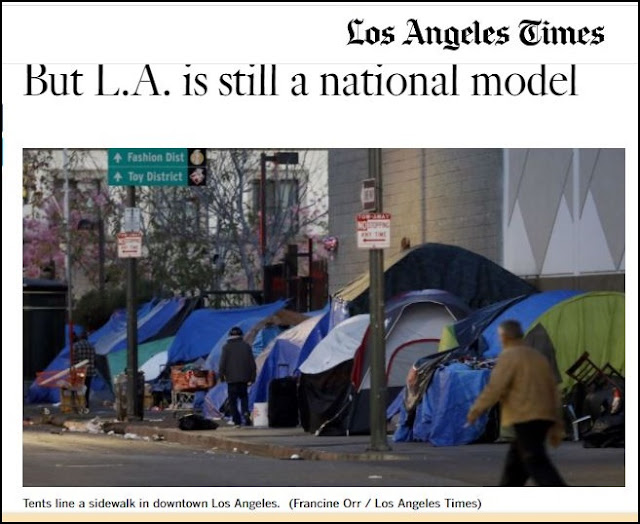 But they just can't kill the beast.

I was running for the door

I had to find the passage back

To the place I was before

"We are programmed to receive

But you can never leave"

Will Malaysia pick up a few tips and hints on the theory and practice of Democracy in the West?