We have one thing in common, Ruth and I.  We are incorrigible magpies.  Amongst many,many other things, she collected match box labels.

Been feeling a bit down lately - people (well, some) tend to do that to me and to make it worse,  there have been much too much of Malaysia Baru and the strong odour of Malayan Union Mark 2 blowing in the air.

So I decided to indulge myself; ferreting through my own magpie nest - as a form of therapy.  We have been keeping this little basket box (woven by Ruth herself)  ........

....... containing her collection of matchbox tops, acquired over a period of nearly 50 years.  It was passed on to us by Bride after Ruth passed away in 2009.  Once or twice I  rummaged through this collection and did not realise what a treasure they were until just a few days ago.  I was flabbergasted by the age and the variety of samples she had been storing.  They were all her personal collection covering the period of her life as a wife and mother from perhaps the 1950s onwards.   Her family life stretched from home in England to Wales ......

...........  South Africa, West Africa, Northern Ireland, and finally in New Zealand where they eventually settled.  These match tops also covered her travels in Australia, Hong Kong, Fiji, Malaya and Singapore in the 1960s.

Ruth was only doing what that generation of children were encouraged to do.  Born in 1915, she was taught to observe, conserve and respect nature - all 'creatures great and small' which also included trees and grass and seashells.  That generation had hobbies and interests which were self-made and did not cost any money at all.  That was why she was such a skilled knitter and showed her love by spending hours on knitting projects for family and friends.  She lived according to a "waste not, want not" ethos, which was also expected of us by our mother.


I can hear her voice saying, "Come on, Maznoor.  Stop this nattering.  I want to see what you've done with my match top labels!".

Here they are.  If I were still a school teacher, I would ask my geography pupils to note down   the various countries of origin and then indicate them on a world map - but only for schoolchildren of 40 years ago.  Today's kids who are merely computer-literate will not have the foggiest idea on where to begin! 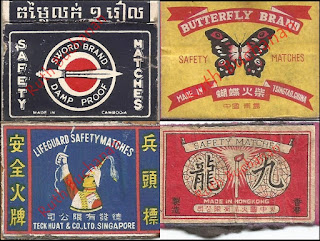 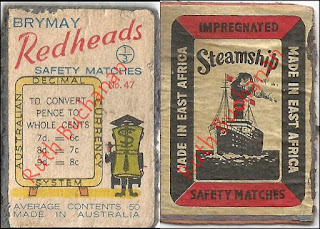 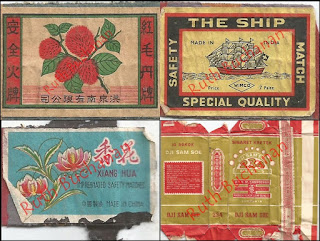 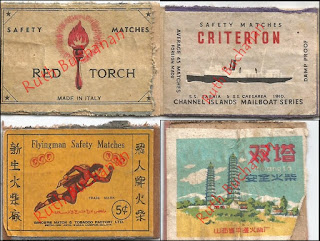 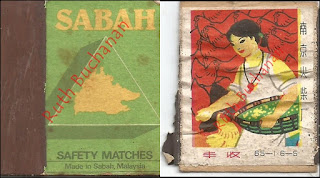 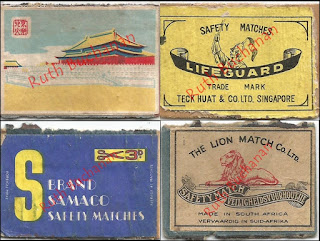 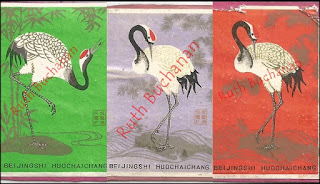 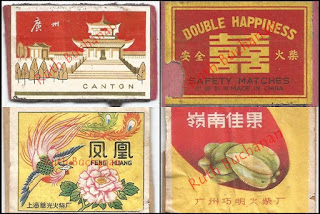 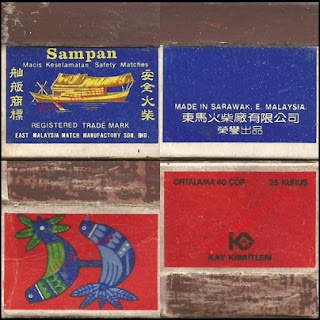 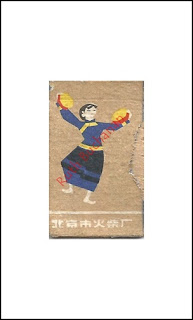 But just three hours before I embarked on this soul-enhancing posting, I decided to look in the kitchen drawer for my matches.

Firstly as expected, I found this one from Giant which I matched with a brand I remembered from the 1960s.

But this is the creme de la creme.  What an unbelievable coincidence!!


Ruth, we've hit the Jackpot!!!!!!  These are matches for our (different) times.


My mother-in-law always gave away gifts that are handcrafted and associated with her hobbies and came from her own magpie nest.

This gift of a new book on shells was very different and especially touching for the inscription she wrote. 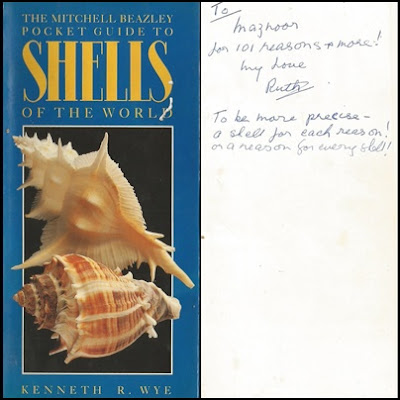 Aaaahh I do feel much better after writing this posting though I still want to ......??.