TrumpCam - The Anglo-American Fetish - Act I


I've been hibernating, keeping away from the goings-on in my kampung - and the spouse's kampung too.  I've figured I'll just have to sit back and observe in despair - as the Lunchais  and the whippersnappers get on with their circus and shenanigans.  Certainly, this is not a time fit for a Septuagenarian,.. a Senior Citizen..... an Old Fogey, a Diddy, a Warga Mas, a Geriatric .... a Superannuated codger and crone. 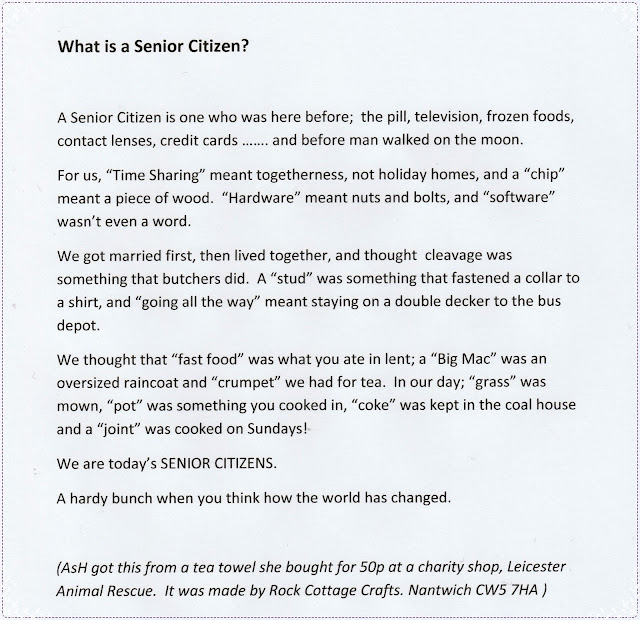 But even geezers like Ash  have to sit up and glower at the mouthings of present (Cameron) and future (Trump) leaders of the Free World.  More and more I observe an outbreak of these modern ailments - "constipation"  of the brain and "diarrhoea" of the mouth.

There's firstly Donald Trump, the Prime Contender for the throne of the Presidency in the US of A.

Repeating his wild suggestion for eliminating terrorism in his country would just be more publicity for his bigotry.  Perhaps a look at what he's made of would be more illuminating, to understand why the world has become what it is - especially in the geo-politics of the Middle East.

When Whites and Christians and non-Muslims express their racism, extremism and bigotry they are regarded as merely offensive and crazy.  Most devious of all:  their views and practices are just an aberration, a little blip on a spotless and civilized culture.

For instance, in the case of The Holocaust, we have the Holocaust deniers - but there are also the mollifiers, who deem the Holocaust as deviant and unrepresentative of European-Christian culture.  I reckon it is far easier for them to demonise and pulverize Muslims because the latter have no political and financial clout.  And best of all for the West - Muslims are hopelessly divided, they are their own worst enemies.  ( PS just like my bangsa Melayu)

DONALD TRUMP  - and his true colours.

Firstly, take the big news about Trump here in Britain: 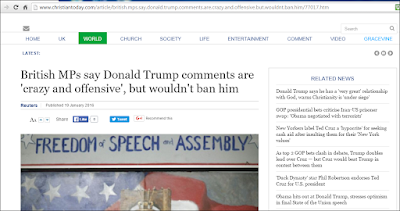 1.  According to the powers-that-be in the British Parliament  .....

Secondly, why should anyone condemn a man with such a fervent and relevant religious faith?  After all, we have his own word for this: 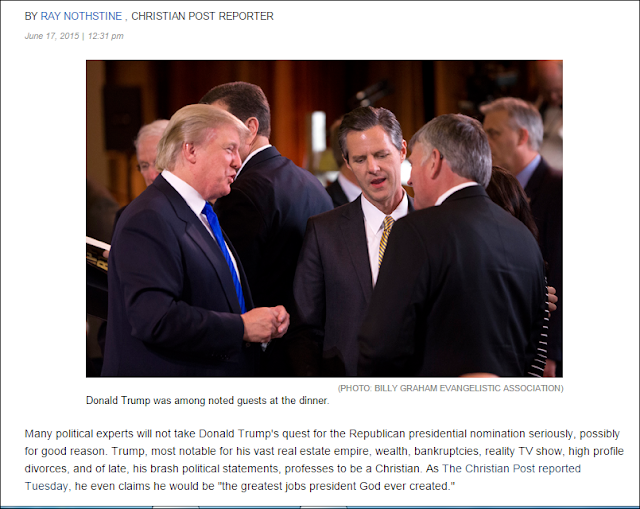 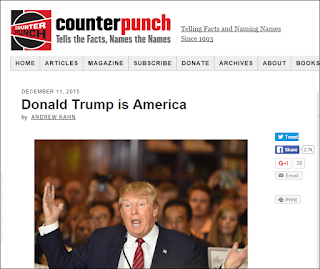 There have been outbursts of dismay and anger in the United States about Trump's display of bigotry.  Concerned Americans and other Americaphiles have been very vocal in denouncing him, saying that his "incivility, his racism, his phobia about everything .... is un-American".  They claim Trump does not  not represent  "American values".

As for the meaning of "American values", it all depends on how susceptible you are to a belief in myths, and on the severity of your myopia  (or the  'inability to see distant objects clearly').

But do read the above article from Counterpunch - which should help to remove the scales from one's eyes.
Refer to http://www.counterpunch.org/2015/12/11/donald-trump-is-america/

Fourthly, Trump's opinion and bigotry are not new or outrageous.  They are also practised  by
their closest ally, Israel.

Finally, why should Muslims and non-Muslims be surprised? 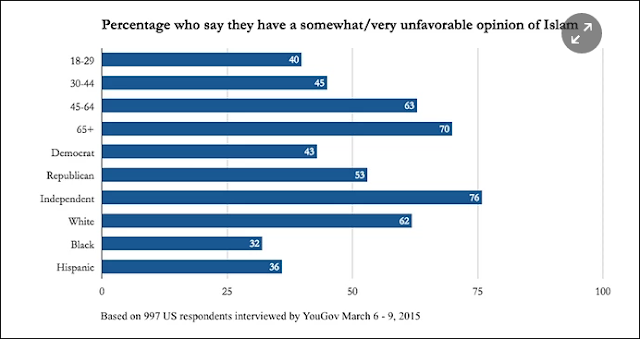 But that is America.   What about here in my spouse's kampung?   Well, some would say it's not much better.   Take the Great British Prime Minister David Cameron ......

Here's an appetiser by Steve Bell, one of the best satirist-cartoonists from The Guardian 18 January 2016