Happy in Leicester .... and cuckoofied in my homeland

It was great to be home - back in Leicester.  Albeit it's the spouse's homeland but I'm fortunate to be able to place my feet in both worlds - East and West - and yet feel at home in both !!!

We had a bit of trouble with the boiler when we arrived - and in the first week of March we were a wee bit cold - the central heating gave up the ghost. 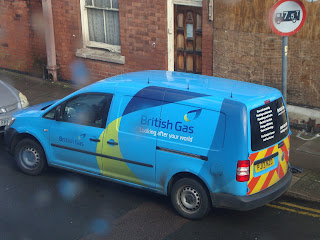 Then Waheed, the man from British Gas came to the rescue.


He replaced this thingamajig ....

As usual, at this time of year, Victoria Park put on a grand show of daffodils.


But our dear friend Jack, made sure we were not deprived of the season's blooms in our backyard-mini-garden.

At this point of my posting the phone rang.  It was a call from Kuala Lumpur, from our good friend Som.  After the usual greetings Som said, "Maz, I've been looking into your blog and you have not been as active as before."  I replied, "I know, I'm so disillusioned - disillusioned with our bangsa."

Well, dear friend I'm changing tack and writing this for you in this posting.

At 75, this female septuagenarian (maybe I'll get more inspired when (and if) I get to my nineties) is getting very weary.  I am witnessing the machinations and working of an agenda which I had merely suspected and optimistically thought it would not see fruition.

My  Tanah Air  has been cuckolded by the Malays.  My  bangsa have been shooting themselves in the foot, plunging knives into each other's backs, desiccating the minds of their young, pumping the spirit out of the pulse and heart of their brethren and unwittingly(?), unwillingly(?) pimping and collaborating to manufacture a NEW MALAYSIA.

I am observing  too much  "damnful jiggery-pokery" in this land of my forefathers, this land that stretched way back before the invasion of European Christians, before Islam, before the Melaka Sultanate, before the period of the Hindu Empires and before the ooze and slime of all our history.  For the Malays, their roots, their blood and genes and DNA are here and not across some ocean in some other terrain.  I cannot bear to watch the Malays turning into  reed warblers (watch the above video) and it sickens me when they become like "the ill bird that fouls its own nest".

I have done my bit (maybe not enough?) of whistling in the wind, and spitting at the sky.

How do I live in this Malaysia Baru, in this co-called Brave New World of New Malaysia?

I have this picture.  It's either malaySIA  or MALAYSIA.

No, SIA is not Singapore Airlines.  It's an Alliance of the cuckoos.


Take care, my friend.  It's lovely to hear your voice again.

ps  For my nusa, bangsa and negara :  "After all the loves of my life, I'll be thinking of you and wondering why."

I hope to continue the original posting later.