I think I have written so much on Zionism, Israel and Palestine on this Blog that anymore would turn out to be a boring re-hash of old lecture notes.

But I feel the action of the 45th President of the United States in recognizing Jerusalem - Yerushalayim - Ursalim  (al-Quds)  as Israel's capital needs a new take.
I am thinking here of my father's grandchildren (who are caught up with earning their living and rearing their children) and great-grandchildren (presently tied up with schooling, ranging from pre-school to university).  I feel I have a duty  to inform and educate them on some very critical issues that will affect them as Muslim-Malays for the rest of the 21st century.  I owe it to my father, to give them what my he gave to me.

After all, the rise of the omnipotent state of Judaic-Zionist Israel began with the Balfour Treaty of 1917 when Christian Zionists in Great Britain decided to supplant the remnants of the Ottoman Muslim Empire and fulfil their Biblical prophecy.

However the battle for overlordship over Jerusalem can be recorded from even further back in history -  from the early confrontation between Christianity and Islam which resulted in the Crusades.

Here are extracts from The Crusades by R.R. Selman, Methuen's Outlines, 1955 to highlight some important aspects of the Crusades.


However, it was not until the defeat of the Ottoman Empire - at the end of the First World War, when British forces entered Jerusalem in 1917 - that Jerusalem became Christian territory again. General Allenby became the first Christian to control Jerusalem after nearly 700 years! 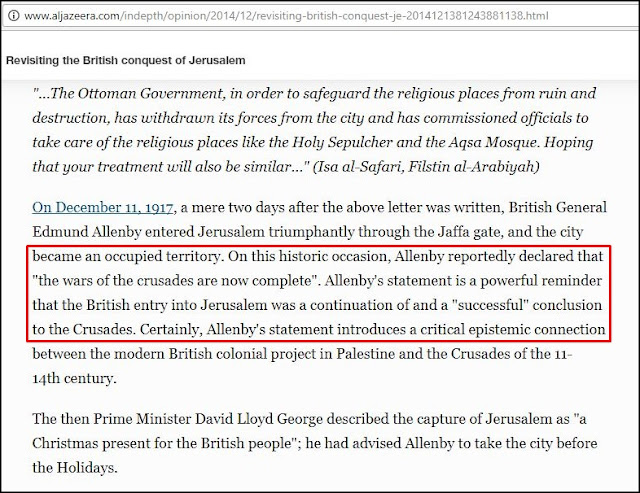 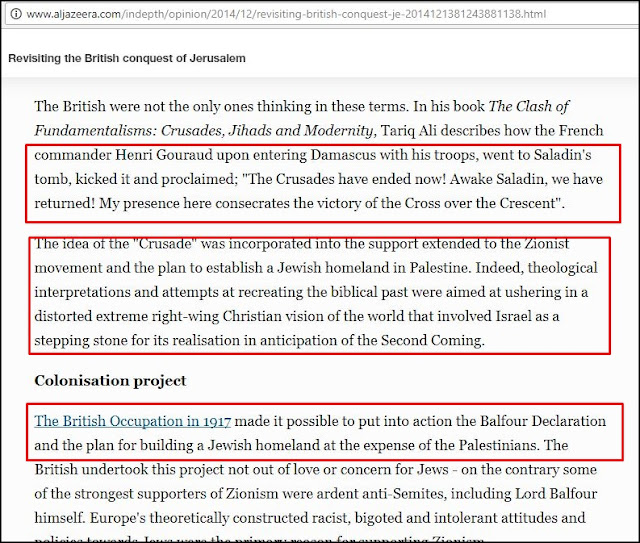 The "creation" of Zionist Israel was not simply a result of the Holocaust - as a sort of compensation to the Jews by Christian Europe for the centuries of discrimination and pogroms they have endured for being the 'killers of Christ'.

The rationale behind the British initiated Balfour Treaty had much to do with  the Biblical prophecy upheld by fervent British Christian Zionists (and American evangelical Christian Zionists too).  They believe that the creation of Israel with Jerusalem as the capital marks the "End Times", a period of history which will end with the second coming of Christ. 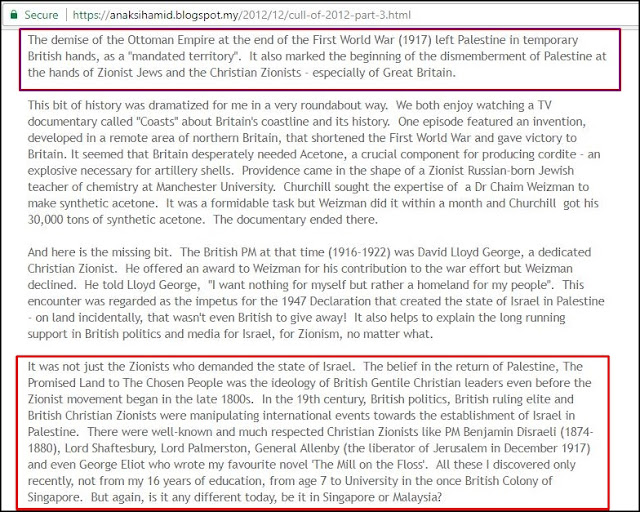 In modern times the celebration of this coalition between Christianity and Zionism  is best illustrated by the "36th annual Feast of the Tabernacles conference and celebration hosted by the international Christian Embassy Jerusalem (ICEJ) from Sept 27 - Oct 1." 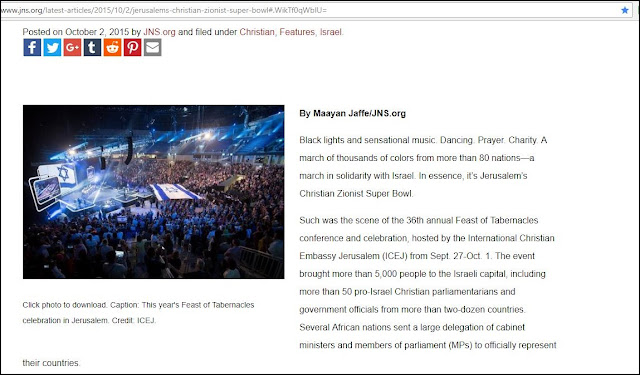 But first let's scrutinise the maps that illustrate the series of events that took place between the Balfour Treaty and the baptism of Yerushalayim by the President of the United States, Donald Trump.


When the British set up their Empire and ravaged the countries they occupied, it was done in the name of civilizing the natives with their language, their entrepreneurship and their Christian religion.


What about the Zionists-Israelis?  Here are some quotes. There are 11 samples here -maybe too many but it will help my Abah's grandchildren to focus on the Ways and Purpose of Israel.


What about the function and culpability of the United States of America?

Then there's Mark Twain.    Referring to the Palestinians,he said.;

As for the ruling elite of the USA, whether they are Republican or Democrat, antipathy to Islam and by association, the Palestinians (which includes Christians) and Gazans held them together.  But behind this scenario there are other players holding up the stage.

WHO PAYS THE PIPER in the world's wealthiest and most powerful nation?

In March 2016, Trump promised the American Israel Public Affairs Committee (AIPAC) that he would "move" the American Embassy to the eternal capital of the Jewish people, Jerusalem"  (From Four Things That Could Explain Trump's Jerusalem Embassy Decision by James Reine, 6 December 2017)

They are the Christian Zionists from American Christianity, especially the fundamentalist Protestants who subscribe to the Biblical prophecy on the creation of Israel. 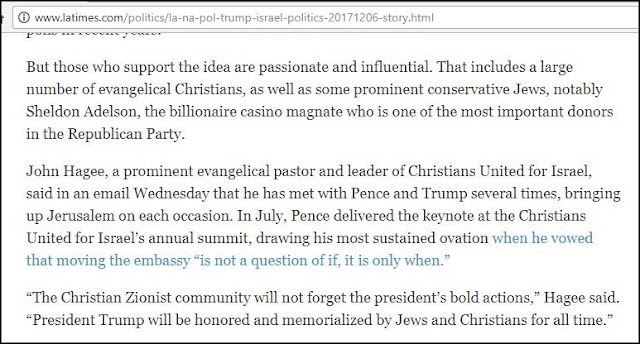 "The Christian Zionist  community will not forget the president's bold actions.
President Trump will be honored and memorialized by Jews and Christians for all time."


Closer to home - there was this attempt by the Calvary Life Assembly Chinese Church in Melaka.