Tunnel at the end of the Light

That Tunnel is where we are heading now.

Thanks to China for endowing us and the rest of the globe with such innovations like papermaking, printing, the compass, gunpowder and the piece de resistance -  Covid 19!

Also, many thanks to the antics of this Made in Malaysia Geriatric Gang for "saving" this country.

With them, " Empat gasal, lima genap" (four is odd and five is even).

The signs were there when I wrote this in March 2016.

Oh Happy Days.  A picture that must be kept in the family album and memoirs for all the great and good at that table.

As a member of the Geriatric Cluster  I recall those nostalgic hopes, of such Great Expectations like wanting to be economically independent.  That was the dream of my Abah's generation.

And in a Chinese newspaper from the early 2020s we had what seemed to be a version of Wawasan 2020.  A vision of another Great Expectation.

With 2020, there was no sight or smell of the great promise of Vision 2020.  We had instead the trauma and drama of changing governments and shifting, shifty Prime Ministers and wannabe Prime Ministers.  All these were staged when Covid 19 struck Malaysia during the first wave, the second wave and now the third wave of the pandemic.

But we are very fortunate and blessed to have Tan Sri Dr Noor Hisham Abdullah, the MOH's Director General.  He is the epitome of a son of our Tanah Air. And we are thankful for having him even though there are others, so-called anak Malaysia who show such contempt for his contributions.  They are incapable of separating the wheat from the chaff, of recognising and respecting the DG who is NOT a politician. 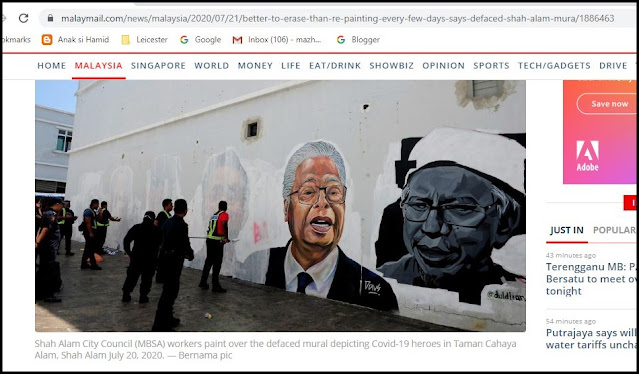 To think this Pakatan Harapan politician got off lightly in Sri Rampai in 2019!

Datuk DG is that light at the end of our tunnel. 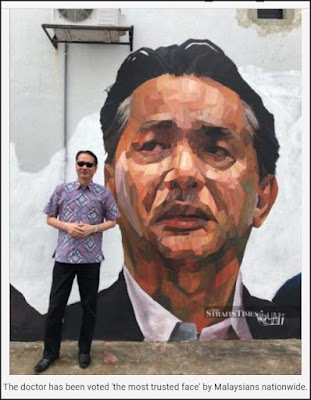 As for geriatric AsH, this is my dream.

Aaaah ...  another Covid 19 Sunday is upon us.  This morning the two geriatrics decided to live dangerously by firstly, getting out to enjoy a typical Malaysian (albeit a 'Malayan' ) breakfast and secondly by indulging in an unhealthy diet of Tosay which I reckon is anathema to the health-conscious, pro-active gym-attendees SYT in our urban enclaves.

This was recommended for "Anak Malaysia" as selected by the Malay Mail : 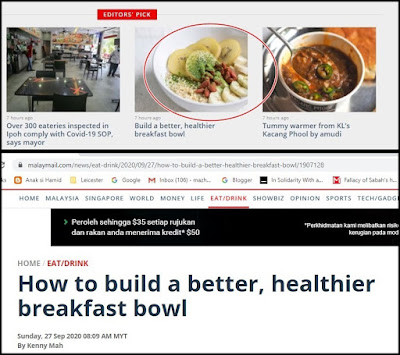 It is a breakfast which you 'construct' for yourself after a hard Sunday morning at the gym.  It is made up of .....

So what did we have for breakfast this morning?  It would turn the stomachs of  the SYTs, standing around in their sweaty gym outfit partaking of their ultra healthy breakfast.
What we should have eaten: 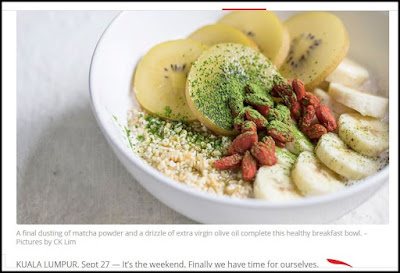 What we did eat .... for our naughty breakfast and lunch. 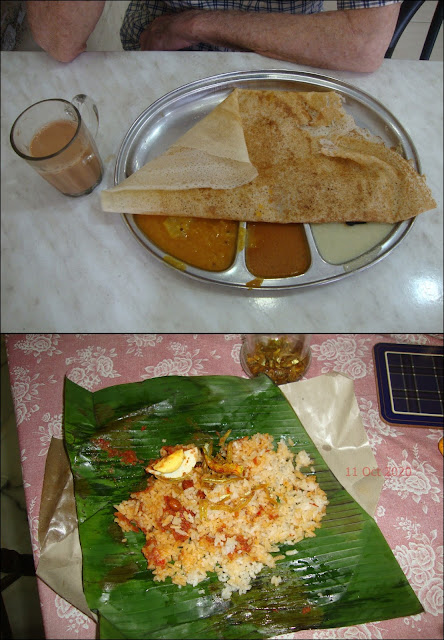 Some of our SYTs may have lost touch with the names of the above cuisine.  For their benefit; at the top is Tosay with all the yummy sauce and below is our old fashioned nasi lemak.

All very, very corrupt and wicked.

Here's our favourite Sunday morning haunt (somewhere at AU 4) sans the workout at the gym.

In my last posting of Sept 30 I promised a sequel to the comment about how my Tanah Air, Semenanjung Tanah Melayu, (or 'Malaya', its Latinized version )needed antibiotics from an "extraordinary people" from a component state in Malaysia to rid us of our 'infection'.  This state has also been sanctified as the "soul of Malaysia".

But as Malaysia is undergoing the throes of a difficult second/third wave of Covid 19 infections, I think I should wait for a calmer and more reassuring time before I proceed with my response.

Here's a nice song 'Blueberry Hill', to go with your bowl of super breakfast.

Many moons ago after a hiatus of  18 years when the Labour Party was left in the political boondocks, Tony Blair of the Labour Party won the General Election of 1997 and held on to the reins of government until 2007.  But, not before smashing Iraq (with his sidekick George Bush) and bringing chaos to the Middle East in 2003.

He was young, a groovy guitar-toting Prime Minister, just like the young and not so-young entourage Ministers of Pakatan Harapan when, with the guidance of a geriatric Ex-PM (ex-BN too) they smashed the corrupt Barisan Nasional in the 2018 General Election.

Tony Blair declared  a New Labour Party to differentiate it from the outmoded old Labour.  The young Turks in Labour weakened the influence of the Trade Unions, ended the commitment to the nationalisation of the economy  and substituted it with the Free Market and stronger ties with the European Union.

Pakatan Harapan had a new clarion call too, transparent, clean, multiracial, multilingual, multireligious, multicultural and may I add multi-kelentong agenda.  But with that came their multi-curdling great Hurrah:  MALAYSIA BARU, NEW MALAYSIA!!

Now that Pakatan Harapan are also swimming in the political slime of their own making (just like all the rest of Malaysia's political parties, including those in Sabah and Sarawak, to be fair),  we the rakyat are introduced to another political feel-good-slogan :  POLITIK BARU by the PKR Lembah Pantai MP Fahmi Fadzil.  I can't wait to see this new prescription for this defective country.

Shall we be given a NEW EDUCATION policy that sees the end of vernacular schools  and the compulsory  change to English language for Science and Mathematics?  Shall we see something daringly new and revolutonary (as befitting the once-NEW and radically brave Pakatan Harapan government) like the nationalisation of the economy and the imposition of death duties so as to guarantee a more equitable distribution of the nation's wealth.   It did Britain a lot of good to help it recover from a broken country at the end of the Second World War.  It will not entail any kind of blood- spilling revolution like that carried out by the Malayan Communist Party after the Second World War to ensure that everyone will be equal, that we are all equal under our skin 💪 - (Tee hee hee  giggles AsH) - "to each according to his needs and not to his wants". Bang goes Capitalism, Entrepreneurship, and 'Good Capitalism'  as well.

Nevertheless we shall persevere, what with all the NEW political parties mushrooming around us, catering to all shades of grey and white and black.  The catch phrase is "I can do it better (and cleaner) than you".  Even MP Charles Santiago could tell the DG of Health a thing or two about how to handle the rising cases of Covid 19!

Oooops.  I must include this.