While clearing out my bookshelves for books to pack in the freight,  I came across this gem. 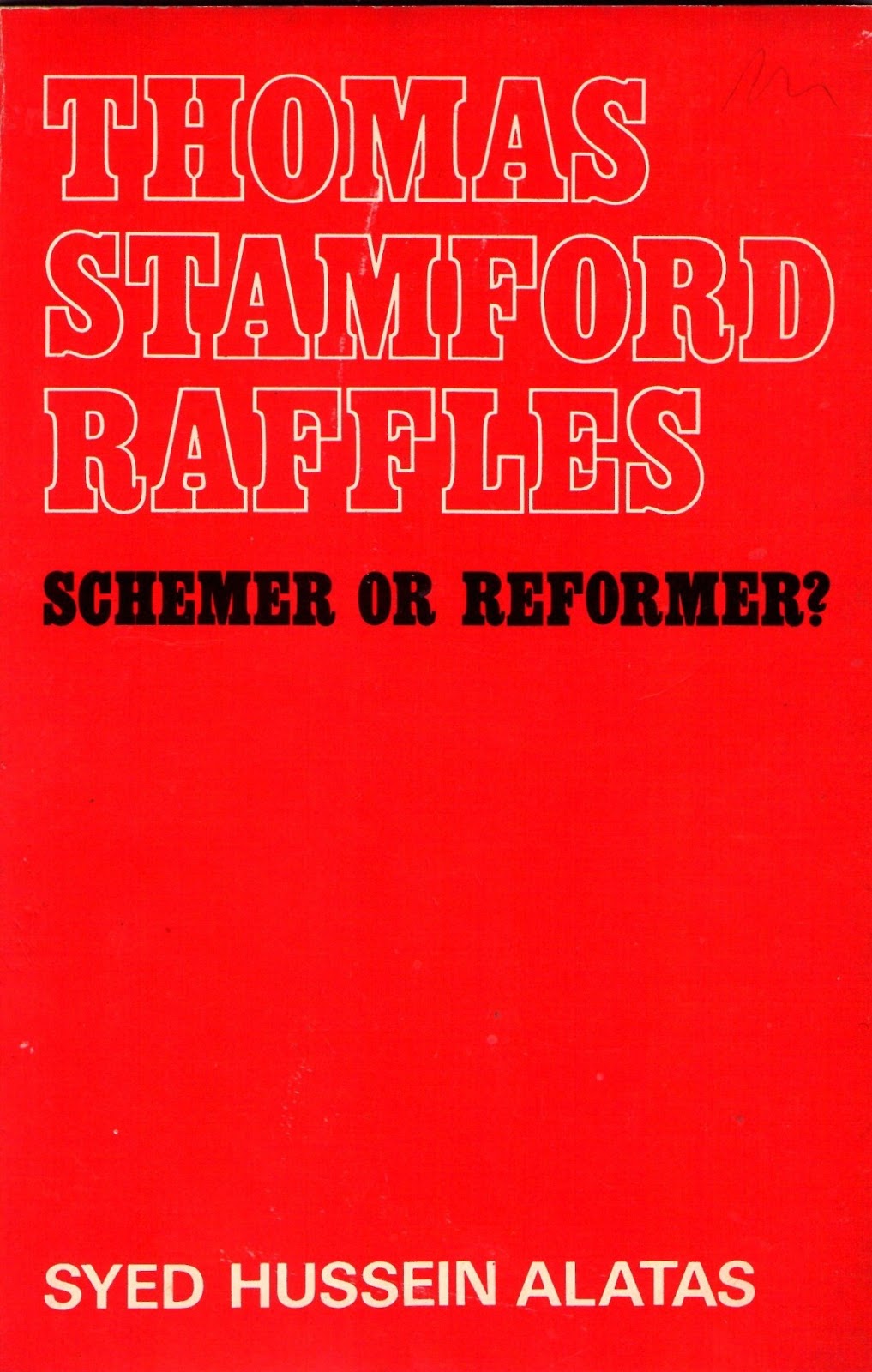 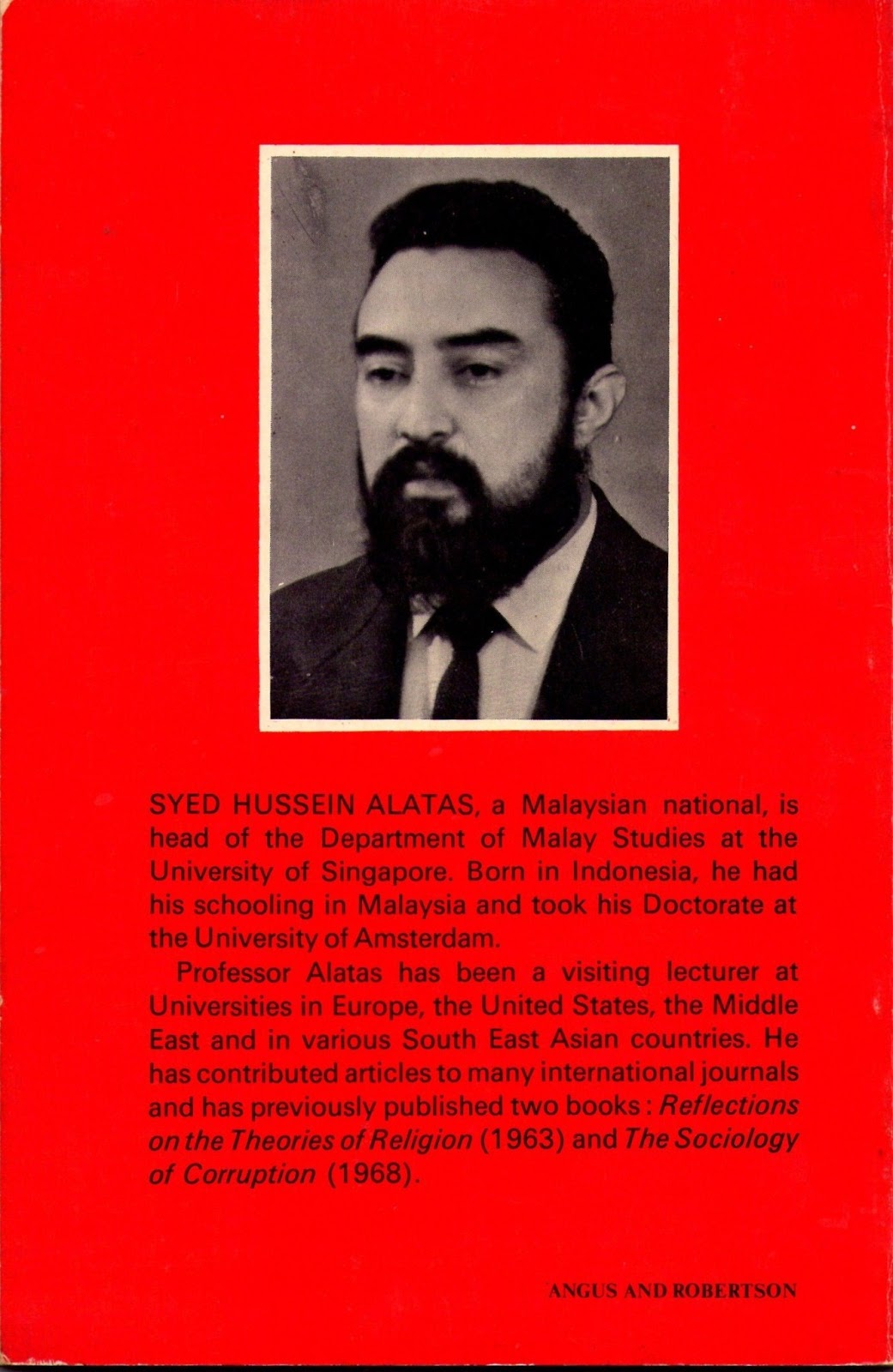 This book, published in 1971, had travelled with me since I bought it in 1972, settling wherever I put up my feet.

After graduating from Singapore University in 1967 I had a great sense of dissatisfaction.  I felt there was still so much more to learn and to explore.  I think that Mr Roy Haas - my Political Science lecturer - recognised that hankering in me.  A few months after my graduation, he contacted me and suggested I further my studies at Cornell University - his Alma Mater.  I informed him about my financial constraints but he did not think that would be too much of a problem - he could arrange it, he implied.  Fired with the optimism of youth I thought I could find a way to sort out my commitments to firstly my family, and secondly my Bond with the Singapore Ministry of Education.

I sat for a while on the offer.  Then I got a phone call from the Straits Times's Personnel Officer  asking me to see them.  I had already started working out my Bond - teaching at Sekolah Menengah Yusof Ishak - and I was a bit perplexed but curious.  I went one afternoon to the Straits Times Office at Kim Seng
Road.   It was not an interview.   I could not see any other 'candidates'.   Instead, after brief introductions, I was taken for a tour of the premises, the editorial rooms, the printing rooms and so on.  I must confess I have blurred memories of that episode because I was given no idea what it was all about.  I found myself later in the office of the Financial Director where he briefed me on the running of the Straits Times.  I  also had a brief chat with a Senior Executive - a Mr Simmons,  if my memory served me well.   Eventually I was told what I was there for.  They wanted to take me in as a graduate recruit - and I would spend a few months learning the ropes in the Singapore office before they transferred me to  Kuala Lumpur.

I was just 23, fresh out of University, teaching Geography, History, and Mathematics in Malay  (my trials and tribulation of that period of my career need another story) and even Karangan, for someone who had only  P7 for the Cambridge School Certificate Malay Language!   All these offerings on my plate were creating a whirlwind in a head so young and inexperienced.

With my heart and head in my stomach I went to the Ministry of Education to inquire if there was any way I could  postpone working out my Bond ( for the offer at Cornell ) or negotiate a way to pay off my Bond ( this was pie in the sky for neither myself or the family had that kind of money to play with)  for the job offer at the Straits Times.  On both counts I was given a flat "No".   End of story.   End of my dreams of a more challenging career and future.  I did feel sore because I found out later that someone else who was bonded in exactly the same situation as myself was given 'leave' to pursue his Masters.

Still undeterred, I made an appointment with Syed Hussein Alatas, Professor of Malay Studies at Singapore University, to apply to do my Masters  part- time.  I submitted a Research Proposal on "Education and Malays in Singapore".   It was accepted but I'm ashamed to say I made no headway in that endeavour.   It was an undertaking that proved too much for me.

Teaching took up more than the 7 to 1 schedule.  I was doing my teacher training part-time.  In school I was on the School Magazine editorial board.  I was running the National Cadet Corp with only one other teacher as my "Second-in Command".  I was also preparing my pupils for the SPM  (the School Leaving Examination for the Malay Stream)  which left me a bundle of nerves during the Examination and during the Results.  Also, I was spending good times with my good friends like Julehar and Sim Loo Lee.  With Julie and Loo Lee, we went on driving holidays to Malacca, Port Dickson,  Penang and Cameron Highlands.  I did all the driving and I really enjoyed that.  Loo Lee and I were teaching in the same school and we would dart off several times a week to go swimming, and play squash and tennis.

But that's enough reminiscing.  My copy of Syed Hussein Alatas's book  is full of underlinings and asterisks because I found his analysis and scholarship so illuminating.  I read it from cover to cover.  I have just finished reading it again and I want to share this extract to accompany my posting on
http://anaksihamid.blogspot.co.uk/2013/02/stamford-bob-and-dave.html

On the Malays, this was what Raffles had to say.

The Malay, living in a country where nature grants (almost without labour) all he wants, is so indolent, that when he has rice, nothing will induce him to work.  Accustomed to wear arms from his infancy, to rely on his own prowess for safety, and to dread that of his associates, he is the most correctly polite of all savages, and not subject to those starts of passion so common to more civilized nations.  But with all his forbearance, he is feelingly alive to insult; submits with a bad grace to the forms to which, in a civilized life, he finds himself obliged to conform; and when these are neither numerous or enforced with supercilious contumely, or the delays of office, he flies to the woods, where, with a little rice boiled in a bamboo, eaten with sprouts of the surrounding trees as a leaf, he feels he is free.  ( Page 28)

Wherever they have formed extensive settlements in Java, accordingly, the native Javanese have no alternative but that of abandoning the district, or becoming slaves of the soil;  besides, the monopolizing spirit of the Chinese frequently exercises a very pernicious control over the necessaries of life, and the produce of the soil, even in the vicinity of Batavia.   If we consider the suppleness and insinuating address of the Chinese, how apt they are on all occasions to curry favour, how ready they are to proffer assistance when there is no danger, and when they perceive that it falls in with their own interest, we may depend upon their utmost efforts being used to ingratiate  themselves with the English.  It is, therefore, of the greatest importance to be early on our guard against this pernicious and increasing influence, which preys on the very vitals of the country, draining and exhausting it for the benefit of China.  In all the Malay states, the Chinese have made every effort to get into their hands the farming of the port duties, and this has generally proved the ruin of the trade.  In addition to these circumstances, it should be recollected that the Chinese, from their peculiar language and manners, form a kind of separate society in every place where they settle, which gives them great advantage over every competitor in arranging monopolies of trade.  It also gives them an opportunity of aspiring after political ascendancy, which they have often acquired in the inferior Malay states.  This ascendancy of the Chinese, whether of a commercial or political nature, should be cautiously guarded against and restrained; and this perhaps cannot be better done than by bringing forward the native population of Malays and Javanese, and encouraging them in useful and industrious habits.  (Page 29)

The Chinese must, at all events, be admitted to be industrious; but the Arabs are mere drones, useless and idle consumers of the produce of the ground, affecting the descendants of the Prophet, and the most eminent of his followers: when in reality they are commonly nothing more than manumitted  slaves: they worm themselves into the favours of the Malay chiefs, and often procure the highest offices in the Malay states.  They hold like robbers the offices they obtain as sycophants, and cover all with the sanctimonious veil or religious hypocrisy.  Under the pretext of instructing the Malays in the principles of Mahomedan religion, they inculcate the most intolerant  bigotry, and render them incapable of receiving any species of useful knowledge. (Page 30).

Raffles' intense dislike for Arabs extended to the Islamic religion which he called the "robber-religion". To diminish the influence of Islam, Raffles suggested the propagation of Christianity.  He was perturbed by the tenacious hold of Islam on the Muslims and he saw a political danger to British power in the defiant attitude of Islam.  (Page 30)

Though Syed Hussein's book was written  42 years ago it is still as relevant today as it was on the day it was written.  I so regret that my undisciplined youth caused me to lose an opportunity to learn from this scholar.

Knowledge is of two kinds.  We know a subject ourselves, or we know where we can find information upon it.  (Samuel Johnson, 1709-1784)

Syed Hussein's book is not just about "Raffles' Views on the Different Communities in this Area" as found in the third of five chapters.  This is about the arch-imperialist Stamford Raffles, who has been given an easy ride in many history books.  It's  "An account of his (Raffles) political philosophy and its relation to the Massacre of Palembang, the Banjarmasin Affair, and some of his views and legislations, during his colonial career in Java, Sumatra, and Singapore."

It has also been described as "An entirely new study of one of the most important historical figures of Singapore's colonial past, based on original research and translations from contemporary Malay documents."

Salam and loads and loads of thanks to you for getting me the tel. number of Sumijah, my long lost dear old friend.

I'm not publishing your comment as it has Sumijah's contact number. I am thoroughly in your debt and one day the three of us could get together and have a really great chinwag InsyaAllah.

Again many thanks dear girl.

I do agree with you about the wonders of technology - when we put it to great use like this .

I have been reading your blog with interest but I have noticed a distressing anti-chinese bias in your postings. Why is this?

As someone who has lived in singapore, you of all people should be aware of the great strides taken by the malay community in the country. I fail to see what is the basis for your animosity.

Furthermore, I have read your objections towards malays speaking/learning the chinese language. Why? This is the first time I have seen an educator object to the acquisition of knowledge.

For the record, like you I have stayed for a substantial period in UK, London to be exact. Both of us know how muslims are treated in europe. I daresay that the treatment muslims receive in singapore / malaysia is far more even handed compared to what they receive in France / UK.

So the question is how could tolerate staying for so long in UK when you feel so "oppressed" by the chinese in asia? Is it inteleectual dishonesty on your part?

As an aside, I do not recall UK heavily promoting malay / arabic language / culture. Why no complaints against the british for this "oversight"?