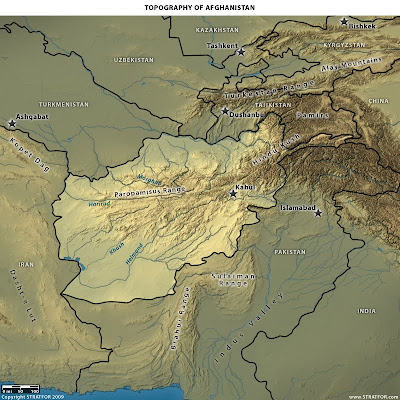 'Lest we forget' - that is the inscription you'll find on all war memorials in the United Kingdom. But individuals, people, nations and cultures all have selective memories.

Two nights ago, on Monday 15 February we were watching Newsnight, BBC2's flagship news programme. Gavin Esler (the host) was conducting a discussion with an American, the former US ambassador to NATO, Kurt Volker and a British military expert Colonel Tootal. Their topic? Pontificating on the progress of Operation Moshtarak or Operation Togetherness.

A previous Coalition Operation in Afghanistan was named 'Panther Claw'. Now that sounded aggressive. So this latest onslaught gave credence to the Afghanis by giving it the native name 'Moshtarak'. And to make this military operation soft and cushy it was called 'Operation Togetherness' - like a big love-in on a TV sitcom such as 'Friends' or the Oprah Winfrey Show!!! I shall however refer to this sanctimonious 'venture' only as Operation Togetherness so that the cynicism and hypocrisy of the assault will not be rendered benign.

The British and the Americans have been beating the drums days ago about their 'Coming', just like the beaters on a Boxing Day pheasant shoot. British TV showed us trails of civilians leaving their homes to escape the inevitable pounding from the air and on the ground. I was thinking, where will they go for shelter? What will they do for food? What about the children's schooling? What happens to their farms and animals? What will their homes look like once these Western Warriors have satisfied their blood-lust?

By the second day of Operation Togetherness 17 civilians had been killed. We were not informed of their gender or age. If the situation had been reversed the electronic and print media would make a meal of the vulnerabilty and innocence of these victims. They would be described poignantly as children, babies, toddlers, mothers, women, young men and so on. However, the ITV newsreader read of these deaths in a very matter of fact manner, as if it was the weather report. But when it came to the next item of news - the death of yet another Tommy in Afghanistan - it was said in hushed respectful tones. We have been getting a lot of these reverent statements each time a British soldier dies in a war of his Kingdom's making on a country of 28.1 million people whose GDP (2008) is $21.4 billion, with a per capita GDP of $760 and is the 169th lowest in the world. Two-thirds of the population live on less than $2 a day. 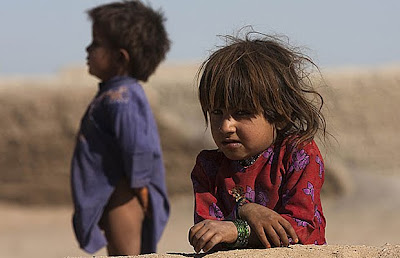 This sad country has endured countless invasions from Alexander the Great, Genghis Khan, Babur the founder of the Moghul Dynasty in India, the British in 1830, the Russians in 1979 and since 2001 the almighty invasion of the Judaeo - Christian empire.

On British TV, we hardly see any depiction of Afghanis killed in this brutal war but we are served a continuous parade of youthful British boys who sacrificed their lives fighting for democracy for these 'towel-heads' in Afghanistan. Other than the media, the little Wiltshire market town of Wootton Bassett has never failed to demonstrate their respect for their dead. That is their prerogative. 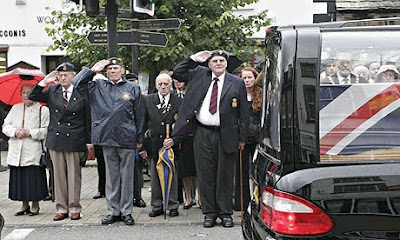 The good people of Wootton Bassett honour their military dead.

But who will respect and dignify the deaths of these victims of this unparallelled vicious and unjust invasion? 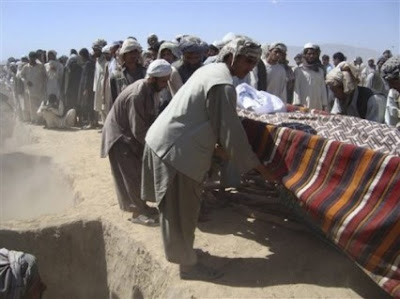 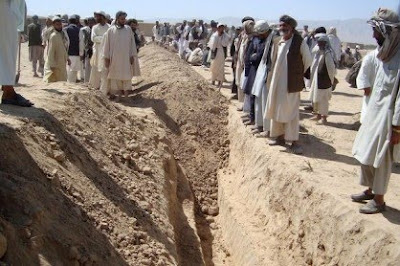 Photo by REUTERS/Stringer.
The villagers of Kunduz burying their dead (up to 90)in a mass grave on Friday, 4 September 2009 after a NATO air strike. Just another oopss!! These natives, they all look the same. don't they?

And here's a bonus picture of one of our lads. This would look smashing in the pub or in The Sun tabloid!! 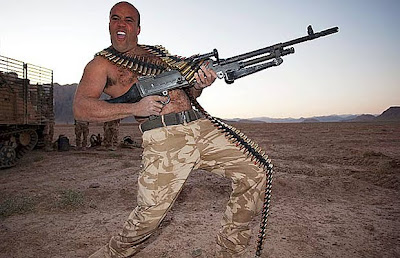 And when I watch Esler and Volker and Tootal performing like guests at a homely WI (Women's Institute) Meeting somewhere in a village in the Cotswolds I ask myself, "What on earth am I doing here?".
Posted by anak si-hamid at Wednesday, February 17, 2010

Very inspiring. I am sure those who follow your writing would feel very angry but helpless. However there are areas which we all as members of the ummah could do to contribute to the development of Muslim societies. I think you are very much needed back home to train the Malaysian youth in the much needed English language skill. Awang Goneng of kecek kecek has some ideas on this subject. Put both of you together plus Puteri one can never tell the difference you can make to the dire conditions of our students. Salam. Mohd Som

Mohd Som - salam to you too,
Thank you very much. It is heartening for me to know that someone out there feels the way I do.
I have been away from teaching for such a long time and I wonder if our young are interested in anything more than the latest hitech gadgets or achieving a niche in heaven.
It is sad - and this after over 50 years of Merdeka!

dear ASH, how could something well written and of our perspective NOT reaching to a lot more people here? couldn't it be slipped in on MALAY MAIL or something?

Dear Kamal Latiff,
Thank you for the bouquet - I'm very touched.
I have a problem with publicity - like a 'timba mencari telaga'.

Sdr Anak Si Hamid
Great to see yr writing again. A very good piece right from the bottom of the heart.Truly enough we see and feel such things growing, developing right in front of our eyes yet the large populace never want to understand. Might seems to be measured by the capacity to bully. May we continue to pray and hope a strong breeze will come to sweep away just as the tsunami spent its force to cleanse

Dear kotastar,
Thank you very much for the support. Good to find another like-minded spirit. Too many people - here and everywhere - are too afraid to come out of their comfort zone. They just don't want to know.
I've spent my youth speaking up for the powerless (albeit on a small scale in my profession) and for justice and dignity for my faith and my skin colour. But sometimes it feels like I'm whistling in the wind.

But I'm grateful for voices like yours, Mohd Som and Kamal Latif and some others in my book of friends.