What have I been up to since arriving in the spouse's kampung 10 days ago?

It has been a leisurely and peaceful stroll, without (well, not as much as in KL) a care - an absolute lenggang kangkung!  The spouse had a nasty cough and cold for the last 5 days but he's picking up sans any medication, just a good dose of sleep and rest.  As people in Malaysia like to put it - 'no sweat'- literally and figuratively.

I took this photograph just an hour ago, at 5 am.  The rest of Leicester is still asleep but AsH treasures such solitary moments.

So, what have I been up to this winter?

1.  I gave myself a present - a beautifully embroidered picture of clouds, greenery, apple trees in Spring and the top of a stone wall - sewn by our best friend and master embroiderer Jack Marlowe.  Jack is almost 80 and despite his arthriticky fingers, he perseveres with his embroidery and gardening and spoiling his four cats Allegra, Gingerlation, Ichabod and Schtanley.


And, talking about cats - I miss our three cats very, very much - they define our raison d'etre in Kuala Lumpur. 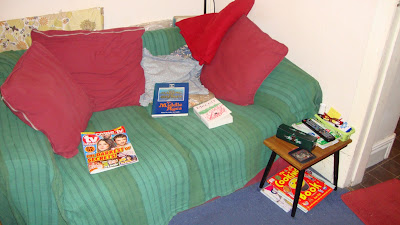 A select group called on Abu Talib again.  How could he allow his nephew to curse their gods, insult their religion, mock their way of life, and accuse their forefathers of error?  Abu Talib was left  in no doubt: "Shut your nephew up or we will."

We now know that the relationship between Abu Talib and his nephew is crucial to the success of his mission and yet curiously paradoxical at the same time.  Everything we know about it indicates a warm bond of affection.  In accordance with the custom of his clan, Abu Talib took Muhammad in as a seven-year-old orphan.  He raised and nurtured the boy, taught him the rudiments of trade and commerce, and exposed him to the wider world by taking him on trading expeditions.  It is thanks to his uncle that Muhammad secured his place in Meccan society.

...........He summoned his nephew.  "Do not put a burden on me greater than I can bear,' he told Muhammad.. 'Spare me and spare yourself.'  Muhammad feared he was about to lose his uncle's protection.  With tears in his eyes, he replied:  'By God if they put the sun in my right hand and the moon on my left  on condition that I abandon this course, I would not abandon it until God has made me victorious or I perish.' As he turned away from his uncle, Abu Talib called Muhammad back: 'Go and say what you please, for by God I will never give you up on any account.'

Abu Talib was not declaring himself a convert.  He was a fond uncle accepting the sincerity of his nephew's cry of conscience, no matter how troublesome or disconcerting that might be to the rest of society.  And what is the paradox?  What Muhammad preached  sought to overturn, indeed to replace entirely the ethos and conventions of tribal solidarity.  Yet it was this very principle extended and guaranteed by Abu Talib that secured Muhammad's personal safety and hence his ability to continue his mission.  It is a paradox of human dynamics, of how the progress of new ideas often rests on the survival of old ways. 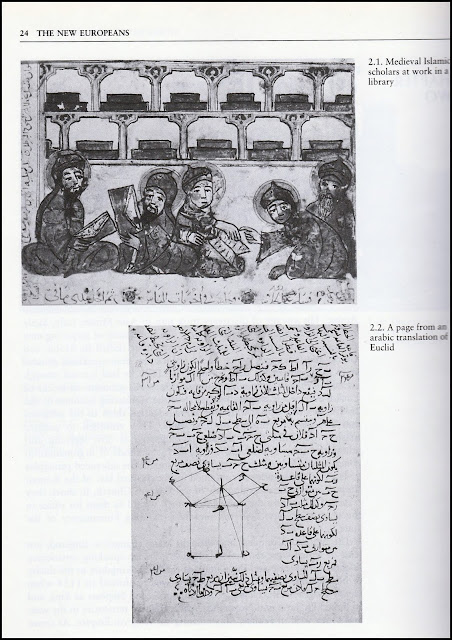 Yesterday (Tuesday) I made my usual foray into Leicester Animal Rescue (LAR) my favourite charity shop/shopping mall.  I noticed this book "The Making of Britain - The Middle Ages" in a box marked '50p'  just outside the shop.  As I flicked through the pages, I came across page 24 which had the illustrations 'Medieval Islamic scholars at work in a library' and most fascinating of all  'A page  from an Arabic translation of Euclid''!  It was worth 50p and more.

I took it home, skimmed through the contents, and discovered more.


This extract from page 9-10 elaborates on this - and provides an interesting facet about the First Crusade:

Intellectually, this view of the world  linked medieval scholars to what they had read of classical antiquity, and to the world of St Paul and St Augustine.  At the same time it shows us how, to them, Christendom seemed hemmed in by heretics and infidels.  It makes us realise why, when Pope Urban II in 1095  called for volunteers from western Europe to go to the help of Christians in the East, it was interpreted as a call to liberate Jerusalem  from the clutches of Islam.

Yet the odd fact is that when the First Crusade set out, Jerusalem had been in the hands of the Moslems for over four hundred years .........  Crusading zeal for the expulsion of the infidel was something quite new in the eleventh century and it was profoundly shocking to native Christians and Moslems of the Near East who for generations had learned to live together in mutual respect.

Alas, history has a way of repeating itself.  And who controls Jerusalem today?


But with all my blessings : with my cats, my books and food on the table and all my home comforts. I cannot obliterate the sufferings of so many in the Middle East and especially in Palestine.


The following image and extracts are from Mondoweiss 13 December. 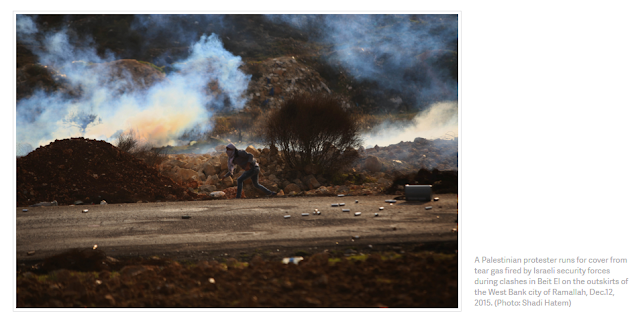 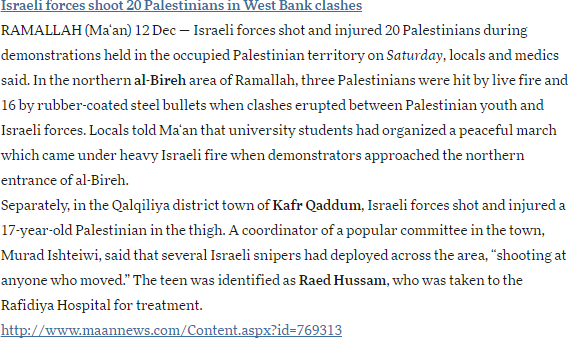 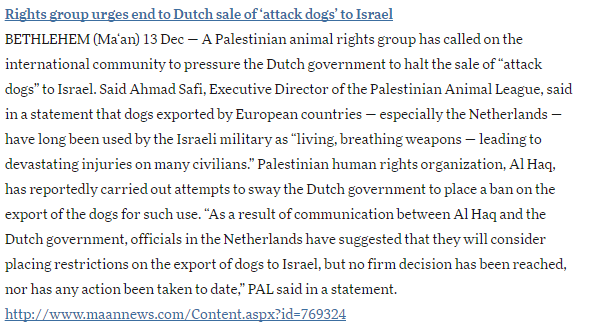 Top of the league said...