On 4 March 2011 I wrote this posting for Lely's birthday - titled Lely - The Fish That Swims Upstream. 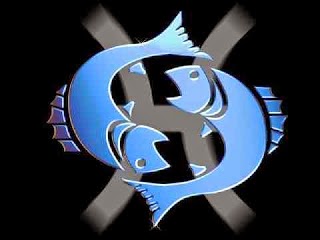 Lely or Mak Nyonya is a Pisces.  There are two parts to the Pisces.  One takes the easier option and swims downstream.  The other like Lely - lives the life of the other fish that swims upstream, the one that had to negotiate the boulders, the strong currents and rapids just to keep body and soul together.

She was  abandoned by her father even before she was born.  Her mother worked as a washerwoman to provide for herself and Lely.  Lely recalled the time when she was about 6/7 years old when she and a couple of her kampung friends rummaged through the dustbins of British Army personnel living in terrace houses near her kampung to look for all kinds of  goodies like toys and books.

When her mother found her out, she received such a caning with her mother crying,  " Tak cukup kah, apa mummy kasi lu?  Mummy kerja sana-sini cuci baju jadi tak payah lu bongkar orang punya tong sampah!"    That day, Lely learned that one does not need to be rich to keep one's pride and dignity.

Like all young girls, she fell in love.  But it was not to be because he died too soon - while at work - in a diving accident.  I recalled standing in Irene's kitchen holding her as her tears fell like rain - actually like a rainstorm - on my shoulder.  I knew how she felt.  I was the same when my brother passed away, too soon.  But that is no comfort at all for each loss and each grief is a very singular pain that cannot be shared.

Despite these trials and tribulations she never lost hope and maintained an immense joy for life and all of Allah's blessings.
Her greatest happiness, I do believe, is to lose herself in the world of nature and "all its creatures, great and small."  All she needs is her camera.

Then on 15 January 2012 she suffered a stroke, caused by a very rare congenital illness in the brain.  It is called AVM (Arteriovenous Malformation) - a tangled web of arteries and veins in the brain where a lot of blood is pushed through a concentrated area building up a pressure causing a stroke, aneurism and haemorrhage.  See : http://anaksihamid.blogspot.com/2012/02/gift-of-life.html

As a result it paralysed her left side and left a hole in her skull about 4 inches x 5 inches in size.  She was and is still dependent on a wheelchair  but her indomitable stubbornness and patience with acupuncture and massage has enabled her to be a little more mobile.

But the major problem was the hole in her head.  We often joked about how she may lose her brain if that hole is not covered up.  "What brain?", she laughed.  She went for two scans to check on the state of the AVM, one in 2012, another in 2013.  But no, - there was no change and it left her in more tears of disappointment.  She went for another one last week.  When I spoke to her on the phone two days ago, she said,  "Miss Hamid, this time I shall not expect too much.  Whatever happens, I shall not get upset."

Today (Thursday), she called to give us the result.

In January 2015, she will go for another scan - to measure the size of the cover for  the hole in the skull!!!!   That will be followed by another operation to complete the closure of the AVM. Syukur Alhamdulillah.

(That hole had to remain until the Specialist was certain that the clot caused by the  AVM had been cleared).

She still has a battle to get back the mobility in her left arm and leg - she still needs her wheelchair - but she has climbed over a helluva mountain.

Lely had had a lot of help and support from her friends, especially Oi Bek and others (See paragraphs 4 and 5).
Read: http://anaksihamid.blogspot.com/2012/02/girl-in-red.html

I believe this poem INVICTUS by William Ernest Henley (1849-1903) fits you like a glove.

Out of the night that covers me,
Black as the pit from pole to pole,
I thank whatever gods may be
For my unconquerable soul.

In the fell clutch of circumstance
I have not winced nor cried aloud.
Under the bludgeonings of chance
My head is bloody, but unbowed.

Beyond this place of wrath and tears
Looms but the horror of the shade,
And yet the menace of the years
Finds, and shall find me, unafraid.

It matters not how straight the gate,
How charged with punishments the scroll,
I am the master of my fate:
I am the captain of my soul.


Here's the song you wanted to hear when you were in the ICU!!

Although I know about most of what you have written, I still cant hold back the tears for a friend and a fellow photographer......

Thank you and bless you, Mus.