The Pot and the Kettle

Remember this bit of news in November 2008 when Malaysia banned Muslims from practising yoga?  Even the venerable Telegraph recorded the news.  Another stick to beat the Muslims with!

"The edict reflects the growing influence of conservative Islam in Malaysia, a multi-ethnic country of 27 million people."

According to the director of the Sivananda Ashram in Delhi, "chanting during yoga is to calm the mind and elevate our consciousness". 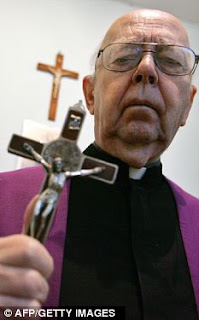 Yoga is the Devil's work.  You think you are doing it for stretching your mind and body but it leads to Hinduism.'

Vanda Vanni of the Italian Yoga Association  said, 'Yoga ia not a religion.  It is about freedom and a search to find one's inner self.'

'Giorgio Furian who runs the Yoga  Academy in Rome said:  There are some paths of yoga which do lead towards Hinduism but other paths are more philosophical but there is no direct link with religion and certainly no link with Satanism'

Any sign of outrage from the liberals in our part of the world?

When I was in secondary school at Crescent Girls' School there was a lass whose English was superb and we were all in her shadow.  We were told this was because she was an avid reader of the Bible.  Well, for most of us fed on a diet of Beano and Dandy and Enid Blyton in our primary school years and romance writers like Denise Robins and Hermione Black and Georgette Heyer ( she's more pukka than the first two)  during secondary school, we hadn't a hope in hell of catching up with our Bible-reading classmate.  However I must confess I love Zane Grey's  'cowboy' books, but they cannot match the prowess of the Bible. 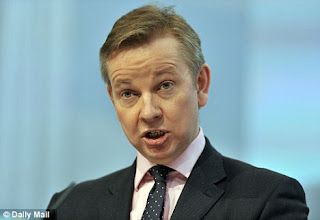 ....... said the Bible was 'the most important book written in the English language'  and will be distributed to over 20,000 schools to mark the 400th anniversary of its translation.  A spokewoman from the Department of Education had this to say.  'We want all pupils to be able to access and understand the great literary and historical image of our nation...... It will help pupils - of any faith or none - understand and take pride in the history and culture of this country.'

What happened to William Shakespeare and Charles Dickens and Jane Austen and D.H. Lawrence and ......Enid Blyton (please!) ?

Here we are in Malaysia , taunted and accused of being an Islamist state.  We have Maznah Mohamad writing in the Guardian on 21 September 2006 ...
http://www.guardian.co.uk/commentisfree/2006/sep/21/post406

...... pondering if Malaysia is an Islamic state,  of  'efforts to islamicise the state'.   This topic is a hot issue both at home and abroad.

Yet, here's Britain, the mother of all secular states,  touting and giving away to children a free copy of the Christian Bible.  I wonder, can you still get Gideon's Bible in the hotels in Britain?

On this note I'd like to recall an incident some years ago.  At the Multiple Sclerosis Charity Shop at Evington Road Leicester I watched this Muslim lady volunteer worker (in fact she was the manager) picking up Bibles, big and small. from the boxes on the floor and placing them on the top shelf.  She turned to me and said, "This is a holy book and should be respected like the Quran."

Then a lady (native Brit) came in and blithely asked , "Can I take these bibles to my church?  After all they will never sell!'  And she was rewarded for her gumption and left with a stack of Bibles for free.

And go to most Charity shops, you can find plenty of secondhand Bibles for sale!   Or you could a few years ago.     Perhaps they have a system, like they have for old spectacles, of sending them to the poor coloured countries.

Hotel drawers used to be a place secretaries and bosses would look last for fear of seeing Gideon Bibles witnessing their unholy rendezvous in their usual lunch-hour flings but nowadays great care must be taken regarding hotel drawers: they could be a place where they put "besi dan kaca" in the form of video cameras. And by the way, what would protestants do if they find the King James bibles therein, or catholics finding the Revised Standard Edition there?

But anyway, the good Education Secretary's wish to send bibles to 20,000 schools on the pretext of it being the most important english language textbook in history, could probably be read along the spirit of literatures the stature of "Lady Chatterley's Lover", for what D.H. Lawrence could not express in words as vivid as mankind would like, the "Lord" doth in greater skill, as I have pointed out here.

And the Nutgraphs, the Malaysiakinis, the Marinamahathirs, the SIS (apologies if you are a member), the DAPs and the general hantam-malayu-islam gangs in Malaysia that used to hantam the malayu JAKIM in the yoga-is-haram fatwa, had better come up with a good singing tune on THIS one.

Yes, Virginia. There IS such a thing as hidden racism, hiding behind the sloganwords of fairness, democracy, equality etc etc.

Leman has hit the nail right on the head. The uproar over Malaysia's ban on Muslims practicing yoga was more Islam -- and by extension, Melayu -- bashing than anything else.

May Allah bless us with the right knowledge that can lead us to the RIGHTFUL PATH..
Your entries always captivate me.. may you and yours be blessed with good health and bountiful rezki

What do you have to say about your bastard nigerian kinsman who blew up people after Christmas mass?

I have excluded the word 'annoying' because your comment is interesting.

No need to apologise for my choice of blogs I've read. The Beano and Dandy and Beezer and Topper and Calvin and Hobbs make up for all the rest.

Like you, I reckon 'Human Rights' are the most hypocritical and toxic words in use today.

May I say Amen to your Amen?

We can but try - and thank you for the blessings. And the same to you too.

Thank you for your contribution.

Firstly, a 'bastard' is one born out of wedlock. Should you be using this word if you have no proof of their birth right? And surely your religion - especially if you're a Christian - frowns on such a word?

Secondly, for one to be a kinsman there has to be a tie of blood. Perhaps you should choose the word co-religionist?

Thirdly,, may I answer with another question? What about the millions of innocent Muslim men, women and children maimed and murdered by the Christian Crusaders in the two invasions of Iraq, in Afghanistan, in Pakistan and in the proxy wars in Palestine/Gaza, Somalia, Libya?

What about Guantanamo Bay and Abu Ghraib?

And I'm only asking about the last 20-30 years. Also I'm only referring to Christian USA and Britain only. There's France, Belgium, Holland, Australia to fit in as well.

Any and every death of the innocent is a slur on mankind - of whatever race and colour and religious affiliation.

But ask yourself where do the majority of the victims come from?

Conveniently not mentioned is the derision from critics. The same kind who deride the 'Yoga Fatwa' of Malaysia's Mad Mullahs. Take the comments from the readers of Telegraph and The Sun (a tabloid), for example, regarding the demonization of yoga & harry potter:


What are the odds the liberals in Malaysia would agree with such a lame fatwa regarding HP & Yoga from the Catholic authorities? Pretty low.

You need to set up a better straw man.

Looking through my postings, I realised I failed to reply to ZX's comment which like the rest is much appreciated.

As the title of my posting suggests, I'm only concerned about double standards set up by liberals, both local and international.

Straw men? Who needs them?