for sekolah2 rendah Tionghoa (Chinese primary schools), written in 1958, a year after independence was a sign of the seriousness attached to making Bahasa Melayu Bahasa Kebangsaan (Malay as the National Language).

This is clearly articulated in the Foreword. 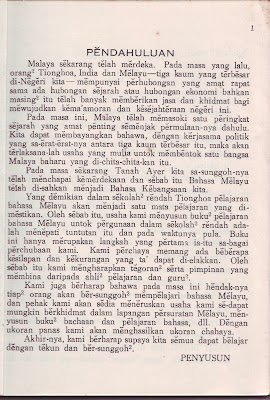 The then Minister of Education was very supportive of this effort "to unite the various races" in this fledgling nation of the Federation of Malaya. 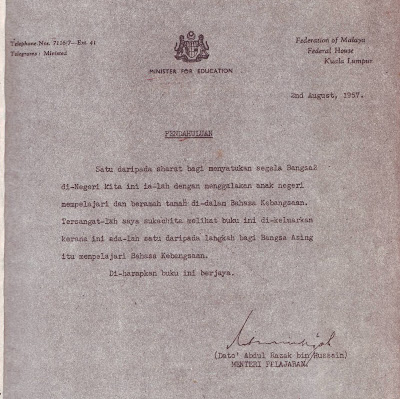 As an aficionado of old school textbooks I find this a very attractive text. The colours and the illustrations are so typical of Chinese school textbooks. I remembered looking at my classmates' Chinese textbooks and thought they were brilliant - especially the colours. Here are an assortment of examples so you can see what I mean. 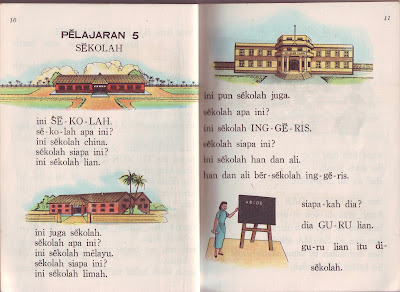 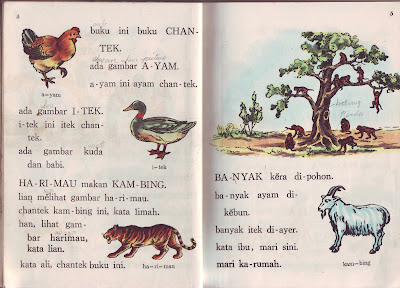 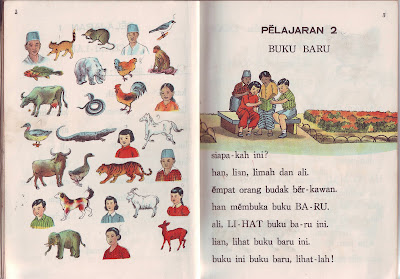 And here's the Glossary 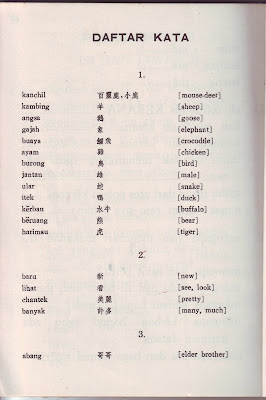 Fifty three years later, I wondered what had happened to this noble aspiration? 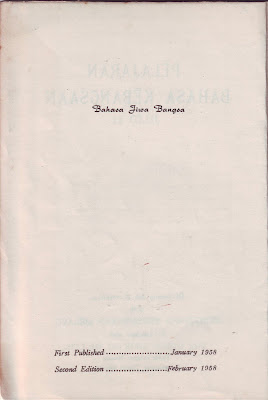 Despite the policy of having Malay as the National Language, vernacular Chinese and Tamil schools thrive in this country unlike the situation in neighbouring South East Asian countries.

However it is difficult to mould a one - nation mentality when the likes of Hindraf and Dongjiaozong are pushing the goal posts in Malaysia for their selfish and bigoted agenda.
Posted by anak si-hamid at Friday, September 03, 2010

Selamat hari raya to you and your spouse. Hope you are getting better..
Take care.

What did our old folks used to say? Bagi betis, hendak paha?

And Selamat Hari Raya, Maaf Zahir Batin to you, your better half and the rest of the family.