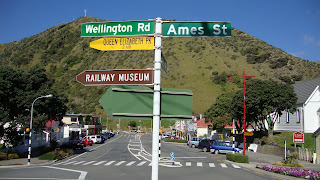 located 45km northeast of Wellington with a population of 1731 according to the 2001 Census. Paikok - as the inhabitants fondly call their village - has been spared the onslaught of expansion because of her tight location 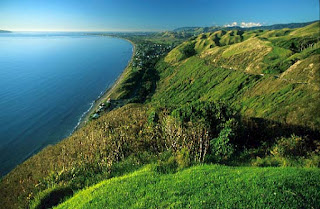 between the sea and the hills and thus successfully maintained her rustic , dignified simplicity.

Right now the village is facing the tumult of the election for Mayor. 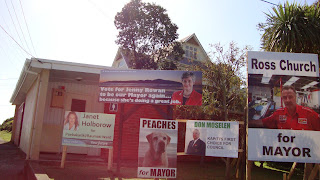 If I were a resident I would certainly elect Peaches but I would not put my money on it because two-legs will always win over four-legs.

However, with residents like my wacky and independent-minded sister-in-law Bride and her husband Graham you never can tell. If they believe in giving shelter to all manner of feathered birds like the peahen that transmogrified itself into a peacock, chickens (but now reduced to just one), several generations of cats, and penguins under their house - Peaches might just be the next Mayor. She'll be cheap to upkeep - just tins of dogfood and crunchy dog biscuits.

Paekakariki was and still is the spouse's hearth and kampung. He grew up here from the age of 11 to 22 and all his family members are ensconced in this village. The old family home at 52 Tilley Road 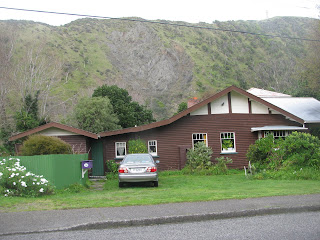 I also lived in a kampung at Pasir Panjang (Singapore, not Negri Sembilan) from the age of 5 to 22. But unlike Paekakariki, it has been wiped off the face of the earth, taken over by middle-class terraced housing. Pasir Panjang was also placed between the hills and the sea but her fate was very different from Paekakariki's. 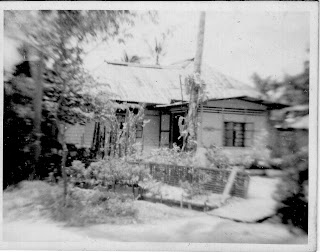 So tomorrow we shall make another hijrah from City to City or kampung to kampung?
The not-so-dynamic duo will soon be observed at the tosay stall in Taman Tasik Titiwangsa on Sundays, Insyallah.
Posted by anak si-hamid at Tuesday, September 28, 2010

You're making me drool for all those yummies you mentioned plus mee rebus, lontong, asam pedas, sambal blacan and petai for the spouse etc.

Must consult the Canary on all the numbers on this posting.

AsH, please say good bye to Paikok for me. Even though i had stayed there for about 10 days only - i love the little kampong.

Wasn't NZ the place where people were once leaving for greener pastures?

So much so that one bright spark placed an ad in the local papers saying, "Will the last person leaving, please turn off the lights."

Beautiful pics, tho. Like out of some childhood storybook.

love the comparison of Paikok and Kampung Abu Kassim.
If it had remained intact, I wonder how it would look ? ....guess that bit of nostalgia we'll never feel.

Wonder how Iain felt when he walked the streets (?) and backyard of Paikok ??

The Kiwis must be crazy to want to leave their beautiful country.

In fact life is like a beautiful story for the folks who live in this part of God's earth.

I wonder the same too. It would be lovely if the old house was still there - especially Abah's garage.

Iain does enjoy going back but this time, because of his arthritis he could not tread the same paths he used to take. But they're still there - intact - lucky devil!

Thank you. I have called him many other names like SOG (silly ole git), MOG (miserable ole git) - but all in endearing affection.

And I'm quite happy when he says I'm a 'silly tart' though I prefer 'silly kuih lapis'. ha ha!

Kak, love to visit the place one day. lucky you to have such kampung to go back to. My kampung di Parit, Perak dah sunyi sepi...sad!

Thank you for your comment. What happened to your kampung at Parit, Perak? But I do understand how you feel.