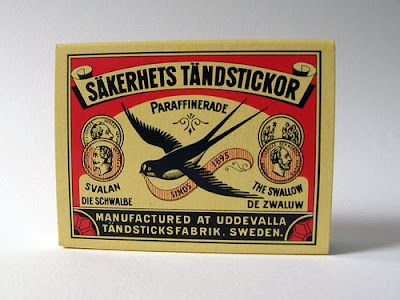 Before electricity lit up our lives in the kampung, we only had candles, pressure lamps, kerosene and charcoal stoves and matches were a very indispensable part of our domestic life.

Thanks to Sir Walter Raleigh, who introduced tobacco to civilize the world, matches also became a necessary accessory for social occasions, for making friends, and even for solitary reflection. Although smoking, of course, is now stigmatised and the electronic lighter has overtaken the match.

The original match, likened to a portable fire, was indeed easily combustible. Then in 1836 Gustav Erik Pasch created the safety match where it could be lit only when it was struck against the box. It was first manufactured in Jonkoping and from there match factories lit up all over the world.

Come to think of it, the Swedish-created dynamite and match make for an explosive couple!!

Our late Peggy, the spouse's Aunt, was a magpie like me. But she had nine rooms to indulge in her hobby! Years ago I found in her box of discards the 'Coronet', a monthly magazine, very like the Readers' Digest. It only ran from 1936-1971. 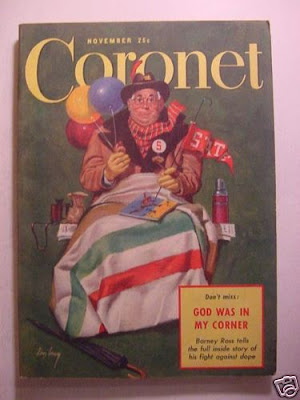 In this November 1947 copy I read an interesting article about Sweden's development and recovery after the Second World War.

What was more intriguing was this page - a pictorial catalogue of Swedish match exports. 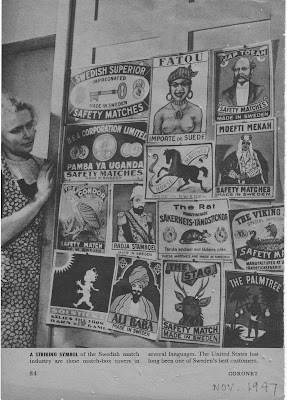 Here are the closeups. The first shows a typical view of the African in his habitat. The other three are of course typical depictions of the Arab and the Muslims. But why the Mufti of Mecca? Why exclude the Pope and the Archbishop of Canterbury? (And believe me, I have checked through a good number of catalogues!) I suppose they are not fiery or exotic enough in the eyes of the cool, icy Swedes. 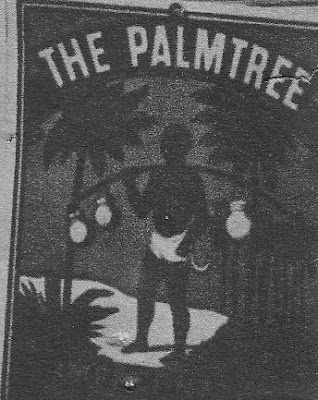 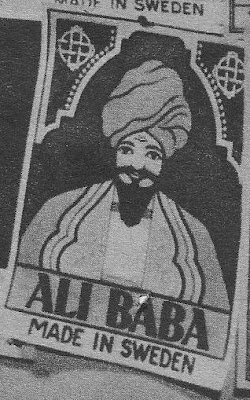 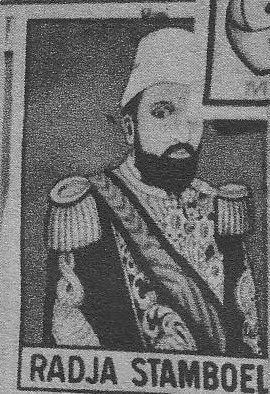 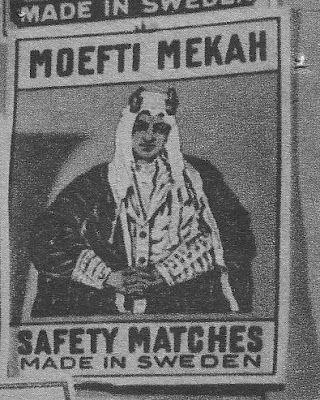 There's a telling picture from the past - just a seemingly innocent prototype stereotyping of non-WASPs (White Anglo-Saxon Protestant) from behind the eyeballs of the Swedes.

But this is classic. 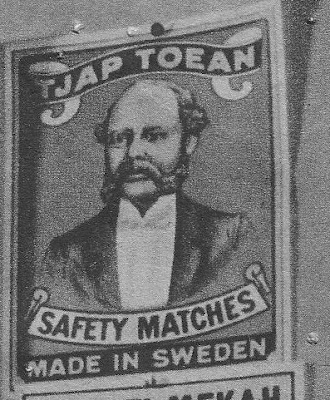 It's the 'Chap Tuan'. 'Tuan' is the deferential 'Sir' (in Malay/Indonesian) that you apply to the White Man only.

Salam AsH,
It might look a little too trivial, but in the hand of a master story teller..
it make a fantastic story..
That kind of collection might interest a lot of peoples.. and it can be collectors item as well.
Thank you for sharing..
Take care.

Good morning mam, if you have any old stuff that you want to discard, just think of me. My father used to call me "karang guni" because of the so called "junks" I loved collecting. If only your late aunt had known me then-Your former student from JSS, Kumar.

interesting..could it be that the manufacturers were indonesian living in europe?

Salam Wan Sharif,
Thanks, you can always find a story if you look hard enough. No, no more collecting. I don't have 9 rooms to play in.

Hello Kumar,
What a blast from the past. Good to 'see' you - fellow 'karang guni' addict. What do you collect besides looking up ancient teachers.Thanks for popping in.

Sunnysideup,
Trust you to think of skol.

Zamzuri Mohd,
Thank you for your comment.
I somehow think the manufacturers were Swedish. From the spelling, these matches were meant for the profitable Indonesian or rather the Netherlands East Indies market. Indonesia did not get her independence until 1949.

Thank you ph.
Skal or Skol means CHEERS. And ditto to you.

I like it! Very interesting...some history lesson there. Thanks ASH

Salam AsH,
I cut and paste your picture of that matchbox and make a mention of your blog. This is a belated request for your permission on my transgression.


Hello Roy,
Thank you. Did you like history in school? I hated it.