I have more or less given up reading The Guardian and The Independent on the internet.  Instead I now turn ( to the spouse's consternation!) to the Daily Mail where I can find snippets of common-sense material from writers like Peter Hitchens, Martin Robinson and Sarah Vine.  Now and then I click the  Leicester Mercury just to catch up on what's going on in the other half of our neck-of-the-woods.

It's the same old stuff mostly.    During the winter of 2021/2022, news about Boris Johnson's Partygate and the political and hypocritical shenanigans of the ruling Conservative Party and the Labour Opposition recalled the odour of the political cesspit that had existed in Malaysia since 2018, and even before.

I abandoned Malaysian newspapers like The Star and the Malay Mail years ago.    Their coy and self-righteous agenda stuck in the craw.    Now, sometimes, I look up Bebas News, Malaysia Now, and the New Straits Times.   And I have cause to be grateful for doing so.

Recently, I discovered the NST Leader page.    It perked up my interest and since then, more and more often I turned to this page for a dose of articulate, thoughtful and intelligent piece of writing - a rarity in the papers and portals of both local and overseas media.

But the piece today in the NST Leader : Nato  was a real breath of fresh air, coming in the wake of the wall-to-wall images of the victims and gory destruction of Ukraine's infrastructure.  In the past few days, the handwringing and heartache of the war in Ukraine has spread all over the globe, accompanied by heart-wrenching scenes of bravery and donations from the rich and the poor - from little girls (usually blonde and blue-eyed) to super-rich celebrities like Posh and Becks!    Well ......

IT ALL SMACKS OF HYPOCRISY!

WHO CRIED FOR THESE DARK-EYED, DARK-SKINNED AND DARK-HAIRED VICTIMS?

What about this?  No pictures to deter the great and good.  Just a piece of graphics to highlight the real victims of the invasion of Afghanistan. 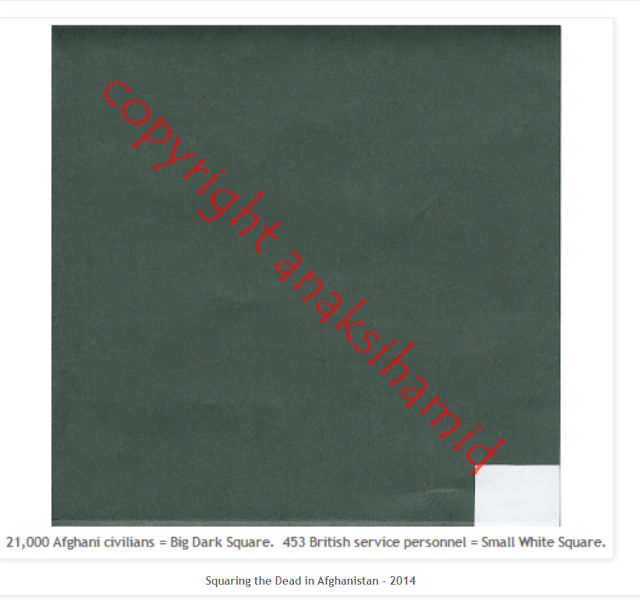 Okay, I get your message.  Can I persuade you with this image instead - made by a Western NGO? 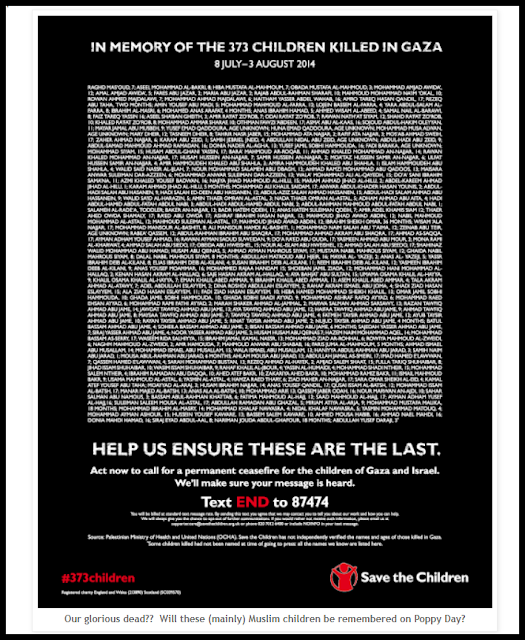 "Sorry, mate.  The names are too foreign."
There are other victims too - who have been breathing, living and dying from invasions since 1948 to the present.
"Now, don't press your luck too far."
Sorry Sir,  sorry Boss,  sorry Guv.
Top up this section of my posting with :
1.  Binoy Kampmark : Read https://www.scoop.co.nz/stories/HL2203/S00009/russias-invasion-of-ukraine-outing-the-iraq-war-white-washers.htm 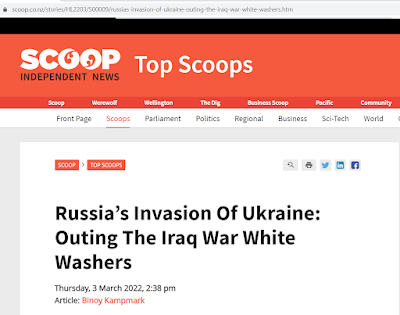 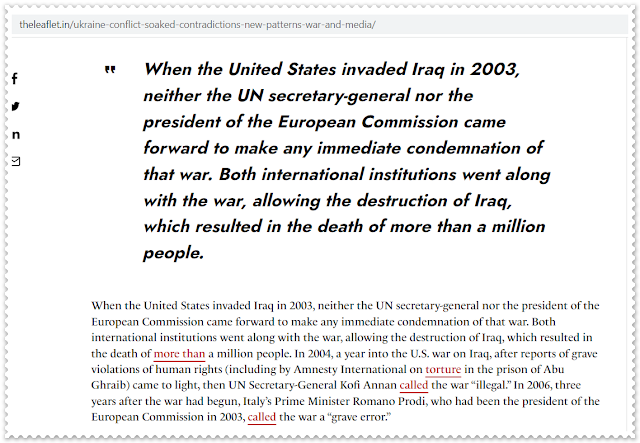 ================================================
Conclusion
Read  https://www.nst.com.my/opinion/leaders/2022/03/778173/nst-leader-nato
What the NST Leader has done is to draw out the context of the War in Ukraine.  That context is located in the actions and policies of Nato.  Nato is not a defensive alliance.  Nato  smashed the Arab nations in the Middle East.  And now Nato is and has been manipulating the politics of the former communist states of Eastern Europe, along  Russia's borders.
Remember the visit to Malaysia in 2014 by that much admired (young and attractive) President of the United States of America" and his pontifications about what is wrong with Malaysia (he means Malay-Muslims)?
Read : https://anaksihamid.blogspot.com/2014/04/pekong-di-dada-dan-kuman-di-seberang.html
Now that brings us to the National Endowment for Democracy (NED), a creation of the CIA and quite well ensconced in Malaysia.  The good President's advice is very much in line with the objectives of this child of the CIA .  If Nato represents  the "armed missionaries" of western neo-liberalism (read that as neo-imperialism) then the NED is the "ideological guru".
In Malaysia ....
.... and  contributing grants ......

As for their project in Ukraine..... 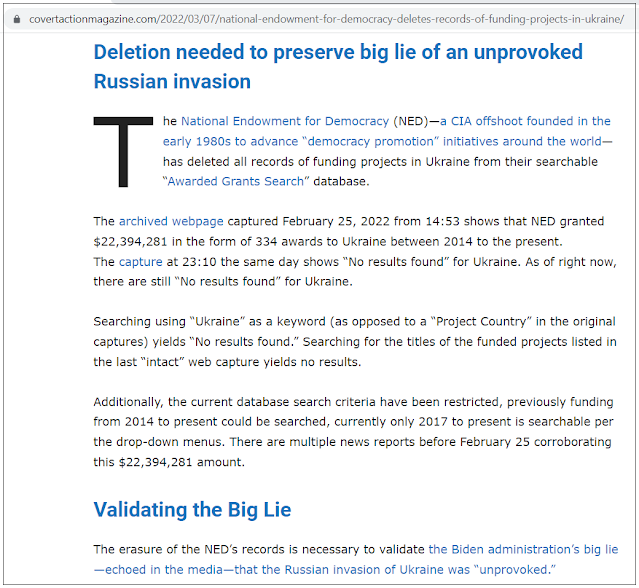 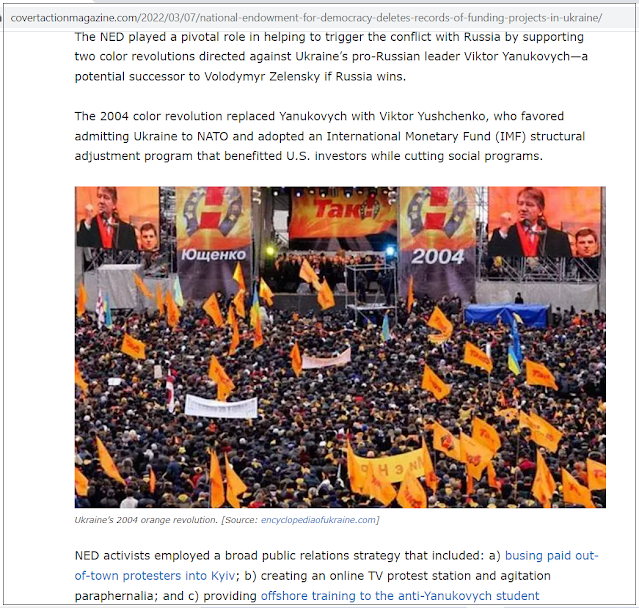 'Nuff said.  For more revelations and connections, read Jeremy Kuzmarov's  https://covertactionmagazine.com/2022/03/07/national-endowment-for-democracy-deletes-records-of-funding-projects-in-ukraine/
But beyond Nato and the NED - we see the outing of the inherent bias and racism in the Western press and media - just like their prejudice and propaganda against Islam and the Middle East during western incursions into Iraq, Afghanistan, Libya, Yemen and of course in 😭.
Read Scott Ritter's account of how "fact based arguments  ...... the case for war against Iraq were effectively silenced."      https://consortiumnews.com/2022/03/07/pity-the-nation/

I shall leave with Vijay Prashad's ( a writer I admire - in the same box as my other favourite writers like Noam Chomsky, John Pilger and Edward Said )  view of the much-vaunted freedom of the press and the media.
Finally, the NST Leader may not be as wide ranging and deep in his/her analysis ( limited of course by the space allocated to an editorial).  But in that crisp article, he/she has managed to provoke the readers (including AsH) to view the Ukraine War not as a simplistic battle between good and  evil.  It has a longer and larger genesis than Putin and Saddam Hussain and Gaddafi put together.
It has all the markings and making of Imperialism dressed in new clothes.
What lesson can Malaysia learn from this War?  Beware of the Greek bearing gifts - of the Trojan Horse within our compound and the " musuh dalam selimut".

There was an argument between a PAS and an UMNO politician about whether Singapore would be more developed under UMNO. Any comments on that since you've lived in both Malaysia and Singapore?

1. It's a non-argument (or better still, nonsensical).

2. Singapore's development did not begin with the PAP or any other political party. Singapore inherited from the British an enviable economic and political and demographic structure. Singapore started its 'development' in the early 19th century when the British used this Pulau Ujong as a centre for the Opium Trade between India and China. To a lesser extent Penang began its growth along the same avenue

3. This 'progress' shot up by leaps and bounds when the British made Singapore the hub of her Empire in Southeast Asia to service the lucrative trade in rubber, tin etc from the Malay States in the Peninsula and from the other states in the Malay Archipelago.

4. More importantly, with Singapore's demographic structure, UMNO (or even PAS, PKR) would not last very long.

And what do you think about the Ukraine War?

With such a legacy from the British Grand Daddy, you can't go wrong.

The sentence "And what do you think about the Ukraine War?" should be the last sentence in my Comment.

I thought it was a bluff by Putin. When it turned out it was real, I thought the Ukrainians would fold like the Afghans against the Taliban. Wrong on both counts.

I pity the poor Russian conscripts sent to kill and die in Ukraine. Ukraine and Russia used to be under one system with deep cultural and personal ties. The equivalent closer to home is Indonesia invading Malaysia or Malaysia invading Singapore.

Thank you for your view of the Ukraine War.

Another equivalent could be Malaysia invading Indonesia or Singapore invading Malaysia!

But as we all know, there is more than one way to skin a cat!

A nation/culture can be manipulated and/or destroyed the short sharp way or the long lingering pain.