Got back to our Leicester abode  a week ago and landed smack-dab in the middle of the countdown of the election for the 45th President of the United States.  So we stayed up (also because of jet lag) for the nail biting results and was quite pleased that the uneducated "basket of deplorables"  (Clinton's description of Trump supporters) gave the self-righteous hypocrites and educated liberals of Clinton's ilk a good kick of reality.

Above all, it is so satisfying to see how the election has exposed all the bigotry and extremism around issues of race, religion (Islam in this case), and immigration in this font of the Free World.

I applaud the victory, because now those non-white, non-Christian, non-liberal nations who have been accused of various malfeasances can heave a sigh of relief to know that they are not the only  'basket of deplorables' on this earth.   My word!  "Deplorables" also exist in the Free World and they are claiming and winning their ground.    And true to form (just like the well tutored 'liberals' in the non-western countries) the Clintonistas (and Brexit Remainders) are very sore losers: they take to the streets to denounce the results, and they claim the electoral system which is enshrined in their Constitution is flawed and needed to be revamped.  Does that sound familiar?  Are we witnessing an American Spring? , a Squeaky Clean Demonstration?

On getting back to Leicester I snapped this photo when I was on my way to the Co-op.

To me it's so symbolic of the state of the richest countries in the world.  The election of Trump as the president of the most powerful country on this planet should teach Malaysians several lessons.

1. Debunk the myth that western liberal  democracies - their lifestyle, and their culture - are worthy of imitation, to be transplanted into all nations.  Western democracies have shown again and again that they will not spare the rod to turn other economies and culture to get tied up to their apron strings. Note most recently the fate of Iraq, Libya, Afghanistan, Yemen, and Syria!

If they are capable of setting the dogs of globalisation and neoliberalism on their own working class (whites) and their poor, why should they lose sleep over the emaciated economies and societies of the rest of the non-white, non-Judaeo-Christian world?

George Monbiot has this to say about American democracy in general and Trump specifically.

...... the US ...... now suffers the worst of both worlds: a large electorate dominated by a tiny faction. Instead of republics being governed, as Madison (America's fourth president) feared, by "the secret wishes of an unjust and interested majority", they are now beholden to the not-so-secret wishes of an unjust and interested minority.  What Madison could not have foreseen was the extent to which unconstrained campaign finance and a sophisticated lobbying industry would come to dominate an entire nation, regardless of its size.

For every representative, Republican or Democrat, who retains a trace element of independence, there are three sitting in the breast pocket of corporate capital.  Since the supreme court decided that there should be no effective limits on campaign finance, and, to a lesser extent, long before, candidates have been reduced to tongue-tied automata, incapable of responding to those in need of help, incapable of regulating those in need of restraint, for fear of upsetting their funders.

(Wannabe political fashionistas in Malaysia should beware of dipping their hands into donations boxes from abroad - they could turn into the 'tongue-tied automata ' of the American empire .... or is that what they actually desire?)

2.   For many reasons, Trump has been demonised as a monster, succumbing to the lowest common denominator of all that American (and Western) civilisation holds dear.  Trump, in the liberal perception, is a racist, a misogynist, a demagogue and an islamophobe.

But Donald J Trump did not invent Islamophobia, and neither is he its only purveyor and practitioner.  In denouncing Trump's Islamophobic klaxon-call, 'educated' Muslims are losing the context of  the theory and practice of  Islamophobia. 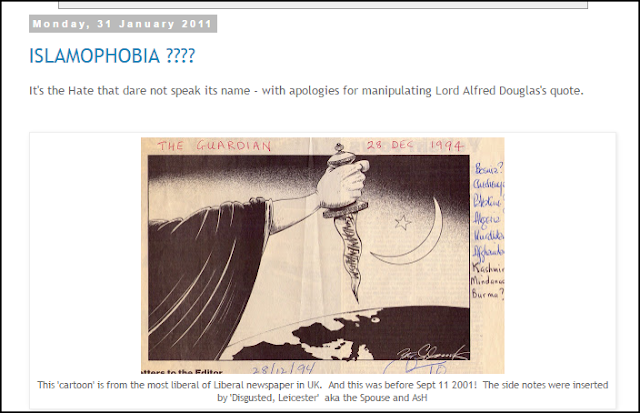 Whether the ruling elites are Republicans or Democrats, antipathy to Islam - and by association, the Palestinians and Gazans - holds them together.

Ash has, in the past, wrote several postings on this issue and here are several extracts to support my conviction.  As I said earlier, anti-Islam sentiments did not begin with Trump or in the United States. 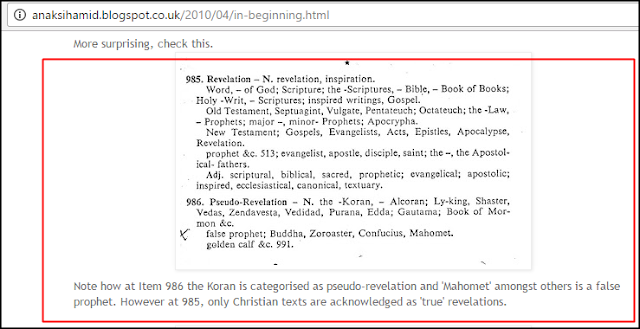 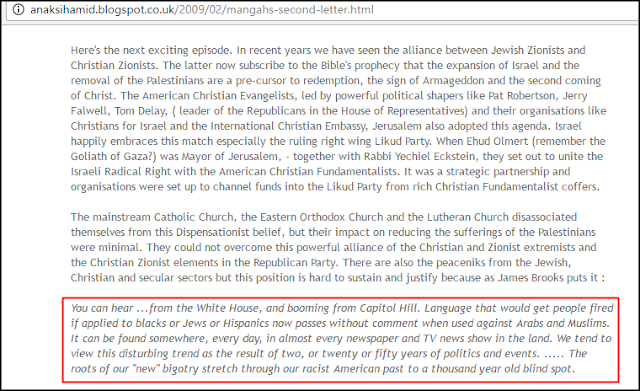 Two thousand years ago, Emperor Shih Huangti constructed The Great Wall of China to protect the people and territory of  China from invasions.

In 122 AD Hadrian's Wall was constructed to keep out the native (and barbaric) Picts and Scots from invading the Roman province of Britannia.

More of the above from  http://www.dailysoft.com/berlinwall/history/why-the-berlinwall-was-built.htm

And here's the Mother of all Walls in the 20th/21st century! 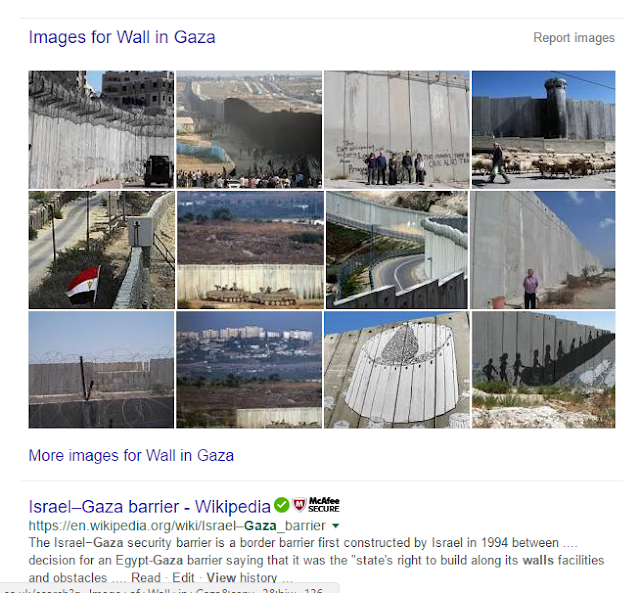 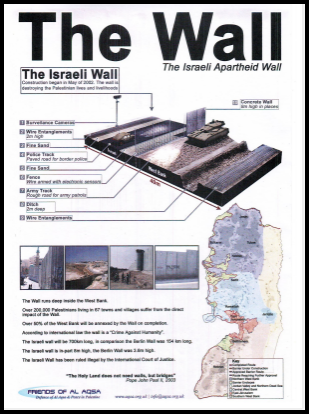 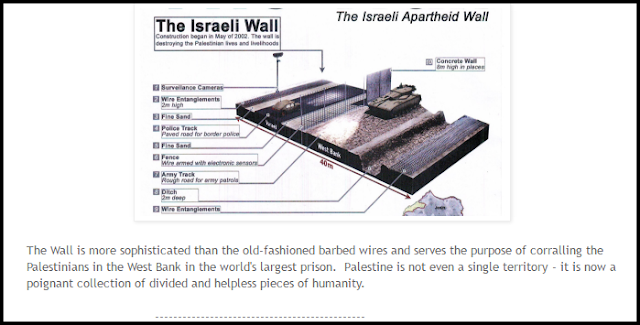 The Israeli Apartheid Wall is different from all other Walls.  The Israeli Wall is a prison corralling people in the West Bank in the world's largest prison.

We don't hear any bleatings of anger and protests from the Republicans or Democrats or from the global Human Rights Industry over this wall.

So,what's so special about the wall to be built by the United States 45th President?  As he also intends to recognise Jerusalem as the capital of Israel, he might as well pick up tips for his Wall from Israel.  But just make sure it's cost- effective.  Don't employ labour from Israel or the US - get the Mexicans to do it quick and cheap.

So Trump intends to expel 2-3 million illegals from Mexico.  In this case he is simply continuing President Obama's legacy. 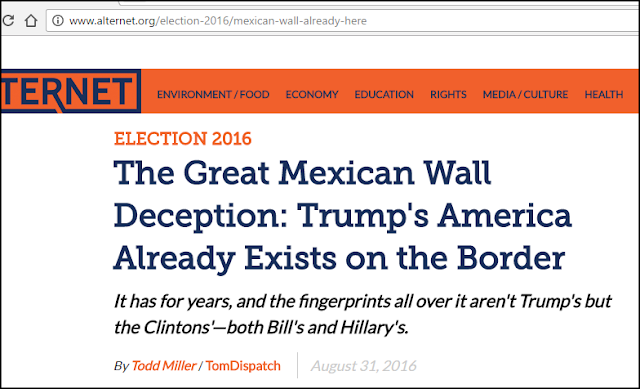 Nafs nafs.  I shan't assault my readers with more renditions of the same song.  But here's my favourite.  A cartoon is worth a thousand articles.

This is taken from a brilliant book , The True and Barbaric History of the Benighted States of America by Jim Hughes - Quartet Books Limited, 1973. Great Britain.  I bought it from a car boot sale at Saddington, Leicester sometime in the early 1990s.

Liberation is available not only to Hawaiian women but to all who seeketh the golden chalice of choice.

Finally, we  (have to) look forward to the reign of the 45th President of the United States.  The  so-so 44th will move to greener pastures.

Hold on. I hear a little voice.  Words referring to a sacred text that you know so well.

Please Mr President, could you find a way to correct a historical calumny - against the First People of this nation.  If you can make laws to protect the dignity and human rights of Semites (of Judaic origin) and Lesbian, Gay, Bisexual, and Transexual citizens, perhaps you could erase the reference to us as  "the merciless Indian savages whose known rule of warfare is an undistinguished destruction of all ages, sexes and conditions."


When you can grant us this dignity, we can truly and heartily roar your clarion call  'Glory Hallelujah' and Make America Great!