Three Score Years and Ten - that's the traditional span of life  and Syukur Alhamdulillah I've reached  that magic number.  Considering that my side of the family has a history of premature deaths through two generations (there was Khamis my mother's brother who died  in his mid-30s, and my youngest brother Mustakim who passed away at 33 - both died very suddenly),  my elder sister Maznah and my younger brother Mustapha and of course AsH have managed to get through to their late 60s.

Observers of the cycles of human life - from foetus to old age - have various ways of allocating the times of our life. The 12 Stage Cycle places me at Mature Adulthood (50-80) where one is supposed to be well established and contributing to the betterment of society.  I may sound precocious but I think I did most of that by the time I was  35.

According to the BBC KS2 scheme, there are only six cycles of life -  foetus, baby, childhood, adolescence, adulthood and old age.  Notice that half of those cycles take up only the first 12 years of life.  The 8-Stage Cycle places me at the bottom, with the Ageing Adult, those from 60 onwards.

My favourite observer  is William Shakespeare.   In the play "As You Like It" (Act II, Scene VII), he defines the "Seven Ages of Man":

I suppose Shakespeare could not see into the 20th and 21st centuries, where the last scene of all  starts from a much younger age, where humankind have become childish, peevish and oblivious of their selfishness and arrogance - even though they still have their teeth, good eyesight and voracious appetite for everything!

And that brings me to a very revealing sighting of our humankind, particularly our Malay-Muslims.  We were in transit at Abu Dhabi bound for Kuala Lumpur.  There were many pilgrims returning home to Malaysia after their Umrah.  As usual, we all had to be strictly checked for security before getting to our boarding gates.  I had almost finished plonking my hand luggage, handbag, coat, laptop into the trays when this Malay lady dressed in a white telekung pushed herself in front of me to grab the tray that was meant for my laptop. I was taken aback and even more so when the Security Officer, an Arab, ticked her off and told her to "Sabar!".   Well that stopped her in her tracks but this was hardly good for the reputation of Malay-Muslims ( and a woman at that!) in the eyes of the Arabs,  a  people that our Malays are working so hard to imitate and emulate!

Alas, it did not end there.  As the spouse was walking towards the electronic security door, another pilgrim in her telekung stepped in front of him, and snapped  "Excuse me!" with an inflection and intonation that said "Move over " and not "Would you mind if I ...?"  This was no kampung macik/kakak from some small town like Parit Botak in Johor.  This was one helluva street-savvy, educated Malay who knows how to get what she wants (especially now that she's done her Umrah).  And both of these Malay-Muslim women were younger than us!

But we live and learn even though we're now way past our live-by date.

On a happy note we got home to Setiawangsa and caught up with our family, neighbours, our crazy cats and the resident mosquitoes as well.  But this was the crowning glory.  In our garden, waiting for us were  ... 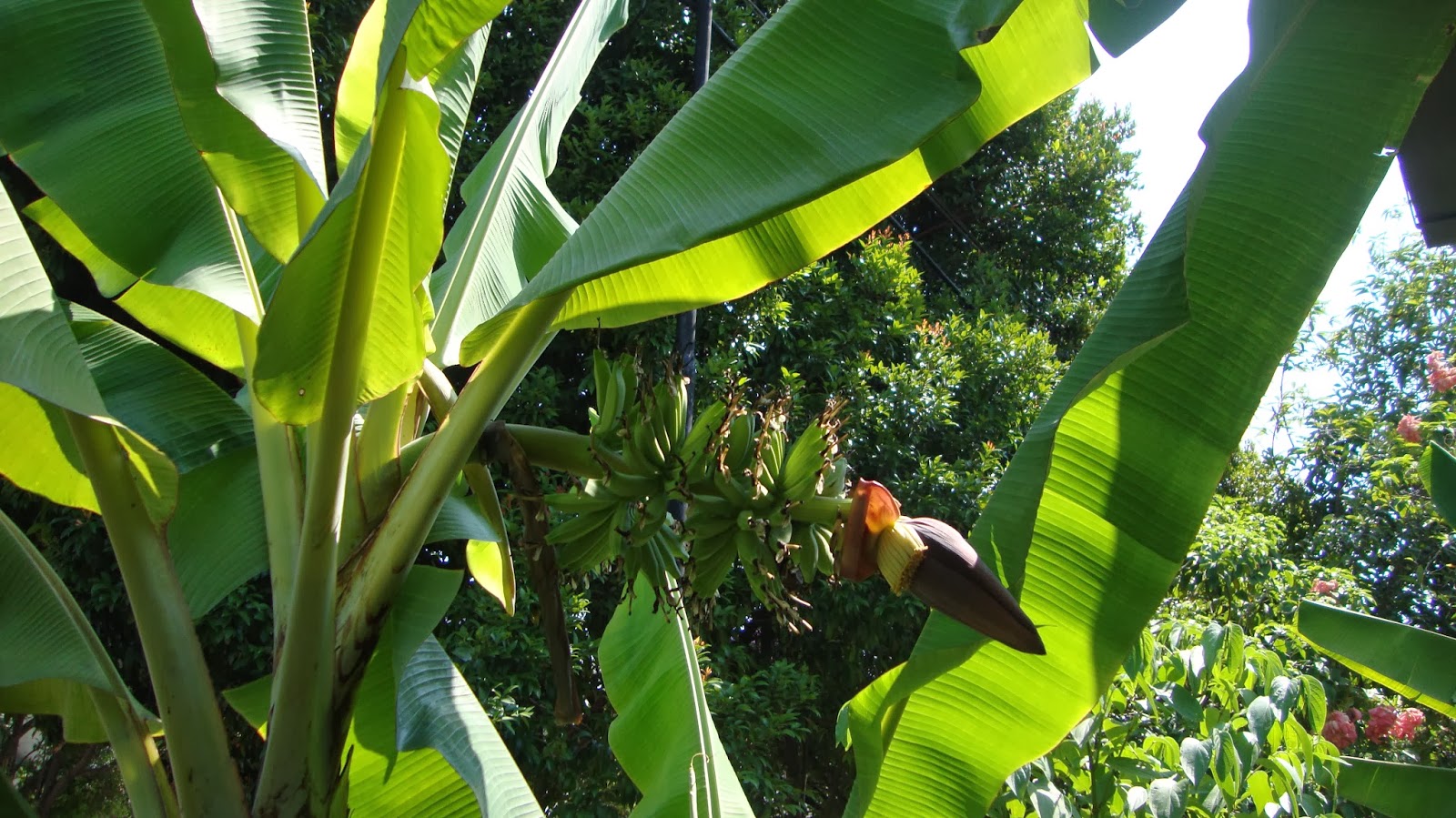 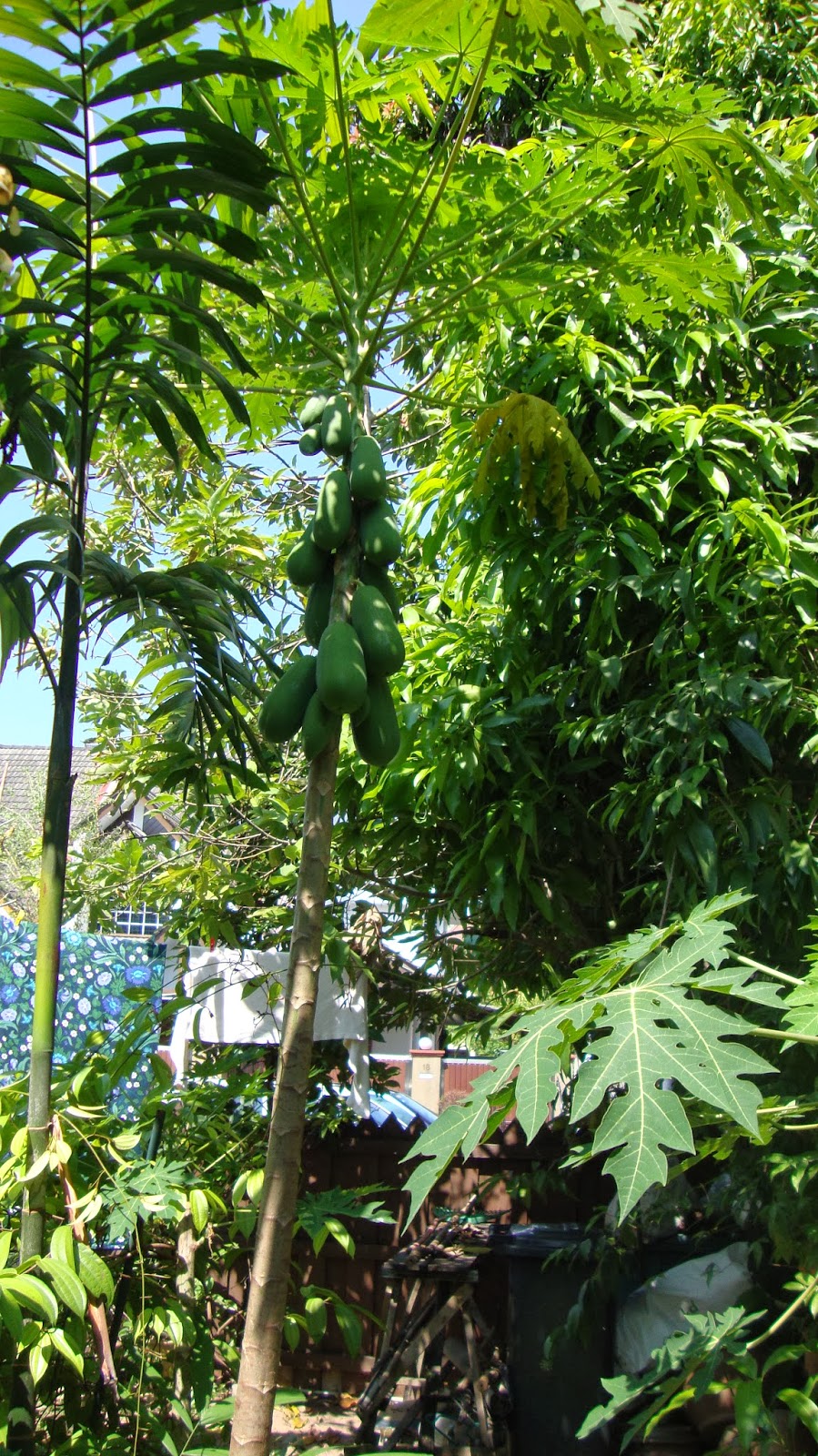 Talking about age is mostly a game of number crunching - more relevant is what we do with our lives while we're still alive and kicking.  After I lost my beloved brother Akim in 1982, each morning when I wake up to the sky, be it grey in Leicester or sunny in Malaysia, I thank the Supreme Being for giving me this pleasure.   Each new day is a bonus ... and that's how I perceive life - and old age.