FREE OF THE PRESS 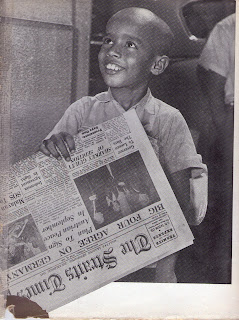 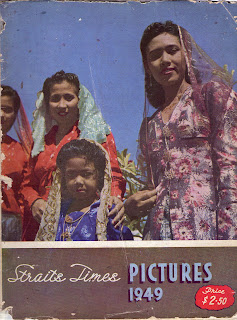 We used to read The Guardian on weekdays and The Observer on Sundays. In fact we would spend up to 3 hours of Sunday mornings in bed reading the papers while guzzling down 2-3 pots of tea.
Then in the mid-90s we switched to The Independent especially for Robert Fisk.
We not only read but stored up an accumulation of newspaper cuttings on topics and issues close to our interests. I still have them, at least most of them. Makes for interesting reading because politics, attitudes and analysis never really changed since then. British journalists and editors of the broadsheet papers may think they have moved forward and become more broadminded and liberal in their outlook and perceptions. They may see themselves as rationalists, humanists, secularists and agnostics but they cannot forsake their Judaeo-Christian mores and their tribal affiliations.
After the Salman Rushdie Affair, the news analysis of Israel's policies in Palestine, the First Gulf War and 9/11 we got so disenchanted with the implicit and explicit hostility and bigotry towards Palestinians, Muslims and Islam and we stopped buying the newspapers altogether. Still, this Malay teacher learned something, about language and hypocrisy and the use and abuse of words in the English Language. 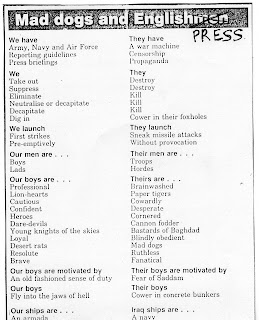 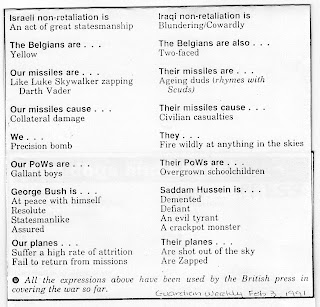 We then subscribed to the weekly New Statesman and found it more palatable than the broadsheet, especially reading John Pilger. But it became more and more 'subservient' to the latest 'flavour of the month' and we abandoned it in 2007. The bile from Nick Cohen helped to make it an easy decision.

However we do enjoy a bit of PHWOAR when we get to read a copy of The Sun that people discard on the underground trains whenever we travel to London. 'Disgusting' says he and she to each other!!! Just a bit of something on the side eh?? Still, you cannot take The Sun seriously. It's a very, very British kind of prurient smut - a sort of 'bread and circus' to keep the proletariat quiet.

Now and then we get the Metro, a free paper that's handed out to everyone in the City Centre in the morning - or you can pick it up in the buses. You do get to read some bits and pieces that you don't get from TV or the on-line newspapers.

I found the the following news in the Metro of Friday, March 12, 2010 quite revealing. It encapsulates the sad refusal of this Western democracy to relate to the afflictions in their society. (Please click on the images to get a better read). 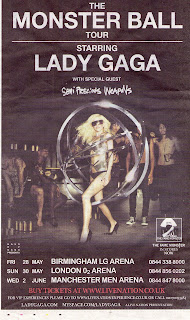 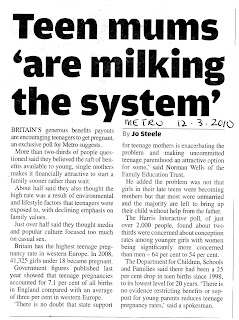 The hands that rock the cradle 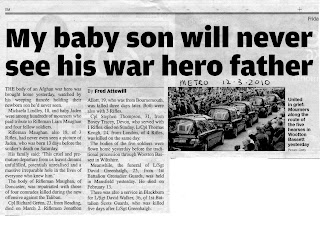 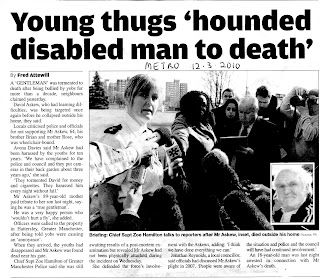 
Indeed all societies are sick in some form or other. You can say that of my Tanah-Air (homeland). But Malaysia for instance, does not seek to apprehend potential political troublemakers in their schools.
Teachers in Great Britain are being trained to identify (or spy) and (mis)inform on the young and innocent, to turn the school into a kind of Gestapo just to feed a paranoia and a deep-set hostility towards Muslims. This news item was in Friday's Metro.

HEIL GORDON BROWN or whoever becomes the next Prime Minister of the United Kingdom.
Posted by anak si-hamid at Thursday, March 18, 2010

Dear Wan Sharif,
Your comment was 'blipped' away - I don't know why.
But thank you. By all means make use of the info, that's what it's for.
Like my late brother used to say, "Sock it to 'em."

As I said before, but none too grammatically (awright, I went to the bottom of the class), the things that you pull from your sporran never fail to amaze me!

The Straits Times annual cover that you reproduce brings back many, many memories. I had it among the pile of old mags that father kept in his locker, among Uncle's Wide World mags and Reader's Digest (US Edition) in them days when de Witt Wallace ruled the imperialist world. I had more than enough to see me through my childhood years, and their contents still tip out of my head at odd moments. Father also kept the Warta Jenaka, and Warta Ahad. They carried fascinating pictures of the war in Ethiopia and other places. They were all printed in blue ink for some reason, perhaps there was a job lot going cheap in Singapore then. Now when Somali lads tell me in London that they are voracious eaters of spaghetti, I smile and tell them I knew that that was coming to them.

In your list your forgot the Express, a paper read by Colonel Blimp and Disgusted of Tunbridge Wells. It had the emblem of a knight with his trusty sword by the masthead. An image that Private Eye parodied so brilliantly ad nauseam. Now the self-righteous Express, in its moribund run, is owned by a pornographer, a man who also publishes, among other delights, Your Neighbour's Wife, Asian Babes, and some such.

I too stopped buying the papers seriously. This coming from a person who once bought all the broadsheets of the day is pretty serious. I once read The Staggers (Statesman) for serious politics and the Spectator (published from Doughty Street, no less) for the quality of its writing. The Staggers also came from the vicinity of my College then, at Gt Turnstile Street. But now I have dumped both. I buy the Guardian 3 x a week in a good week, and only the Saturday Guardian in a bad one. It weighs a ton in my rucksack, but it sees me through the week. I stopped buying the Times (The Thunderer as they used to call themselves) when Lord Thomson lost the title to Murdoch, but I do confess a weakness for the FT's Saturday mag, though. I don't buy the FT, just pick the mags from the bin. I don't trust anything that's coloured pink.

Now the only magazine that I read religiously is Private Eye, but it has lost its edge since Richard Ingrams left to edit The Oldie. But we're much to young too be reading that.

PS My word verification is 'dingat'

AG,
You never fail to confound me, me duck! I think your dad and mine must have been made in the same 'acuan'. God looked at them and thought "I'd better get rid of the mould. These two will be trouble".
Indeed these two brought us into this world and gave us all sorts of imperialistic publications to savour.
We had the Daily Mail (in bound form) from his place of work. And The Eagle and Girl. No wonder we turned out eccentric lop-sided Malays. Look at who we married!!!

Just to add to the collection.
The Daily Express is read by the people who would like to read the Daily Telegraph but find it too advanced for them.

Yes I do like Richard Ingrams but I prefer the Beano and Dandy. And by the way I also have quite a collection of comics like ........

Re the Somalis above, I forgot to make the connection. The Italians invaded Ethiopia you see, and Somalia was just next door. In fact the imperialistic Itals were there too in Somalia. And now the imperialists are back there creating all the havoc and feeding the warlords. Not Itals though, but someone a lot worse.

oooh! thank God Leceister is so far from London. Can you imagine the daily exchanges over the fence? not to mention " you show me Your Private Eye" and I'll show you my New Statesmen". Ya, just as well the acuan was broken. Will miss u when u go back. Take care, okay?

Dear AG,
I have to confess to a big boo boo. What we had was the Daily Mirror just like yours na na na na na!!
But no Titbits or Clew. Shucks!
But Abah taught us this pome.
"Inky pinky ponkey
Father bought a donkey.
Donkey died. father cried.
Inky pinkey ponkey"
Eat your heart out Wordsworth.

Re the Eyeties of some time ago - what about the Glitterati like George Clooney, Brad Pitt and Bob Geldof etc, who imagine fashion shows, wristband sales, pop songs and concerts can heal Africa (not just Darfur) from the savagery of western imperialism since hundreds of years ago? It's easier to throw money than to search one's soul and culpability for the tragedy in Africa.

Sorry Kak Teh,
But the antics of anak Trengganu/anak Kedah and anak Selangor/anak Scotland cannot be constrained.
Such a potent mixture has to be released or it will explode.
We shall have a big fireworks display when we see you next.
Keep well ..... under the duvet.

i'm lack of reading since i was in primary school.. if parents buy news paper.. always open from behind. well Sports first.. =).. then followed to front page.. Until today i do that hehe..but nowadays.. already start reading newspaper.. hard copy or soft copy. i mean in internet.. plus almost everyday i read english language news paper =)