Last year in April, after a great deal of self-righteous hand wringing and foaming at the mouth,  France  banned this. 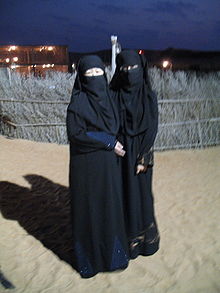 It had been estimated that only 367 Muslim women in France (from a survey by DCRI, the French Secret Servive) wore the burqa.  This Gallic ban was followed by Holland and attempts by other Judaeo-Christian nations like Canada and Australia.  Of course Egypt and Turkey (under Ataturk) had done so earlier.

When I was working at Leicester Infirmary some years ago, a Russian colleague complained about 'these women in their black bin bags' and this view was seconded by the other Asian (meaning Indian) ladies.  Then Esther, my good friend from Antigua (in the Caribbean) calmly protested,  "Why can't you leave them alone?  What have they ever done to you?"  Dear Esther always spoke her own mind and her words left a hushed, maybe ashamed (and certainly resentful) effect in the rest room.

Recently, at the  Autumn/Winter 2012 London Fashion Festival, a version of this taboo apparel  became a fashion statement.   This came from Sibling Designers run by Cozette McCreery, Sid Bryan and Joe Bales. 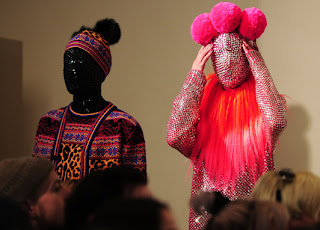 What do Sarkozy and other pious Western leaders make of the above fashion?  Will they consider this as a security risk, an affront to women's freedom?  (After all, the guerilla's balaklava, just like the burqa, deliberately conceals identity).

Or will they support it as a human right for fashionistas to display and sell?

If that's the case I think these 'abominable' Muslim items of apparel should not be scorned or banned as they will provide inspiration for European Fashion Houses: 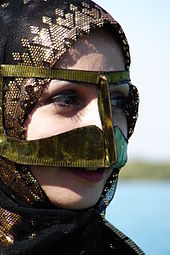 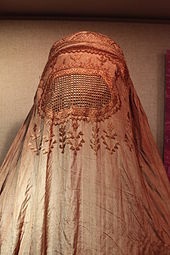 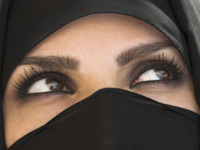 Or is the sauce for Muslim women not sauce for Europe's Fashion Designers?


And what's the difference between the garment worn by Dolores Hart (the first actress to kiss Elvis Presley - and yes, she's also the one on the right) ............ 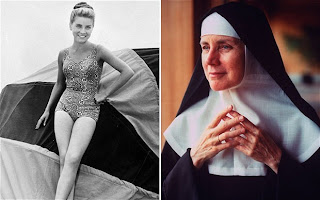 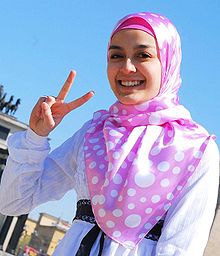 Dolores Hart now lives in a nunnery - the other lady is very much with the world.

The Girl in Red 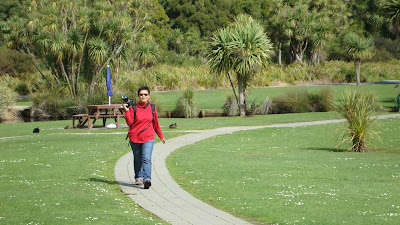 We got back to KL on Monday before the expiry of my Singapore Social Visit Pass.  On the same day, Lely was transferred to St Luke's Community Hospital for rehabilitative treatment.

I do not mollycoddle people - you get no gooey-gushy words of solace from me. I give firstly and always my doa and then my most heartfelt effort to maintain a pragmatic perspective on the situation.

When Lely became depressed, a very natural reaction from such a trauma, my words of comfort could only take this form.  "Lely, you had only a 50-50 chance of surviving your operation.  You could have died on the operating table or ended up as a vegetable.  But you're still with us today with most of your faculties intact albeit in need of tough rehabilitation.  Allah must have a reason for giving you this second chance and you and we must  make sure you fulfil and justify this gift."

Lely's progress from Monday January 16 has been nothing short of a miracle.  With physiotherapy, her left side is beginning to show signs of activity.  In the coming difficult, long and frustrating months she shall never be alone. Family and friends came to her bedside from Hong Kong (her brother Jeff), Rohaya flew in from Perth immediately and went straight to the hospital at 2am on Tuesday. We could only get away from Leicester on Tuesday and got to NUH on Wednesday afternoon. Shyama stopped over from Jakarta just like Lely's former boss Fred Kilgore.  From JB came Mahzan and Sabrina and her old classmate Ashari.  On 1 February, the two young mums Maria and Hidayah flew in from KL for a day-trip.  A few days later her old classmate Din came to visit, also from KL.

There was of course her mother Mary and all the extended family, young and elderly.  Lely's colleagues and friends were frequent visitors giving her an incredible amount of support.  So Lely, in your uphill climb you will never be stranded on your own.  These friends  ...... 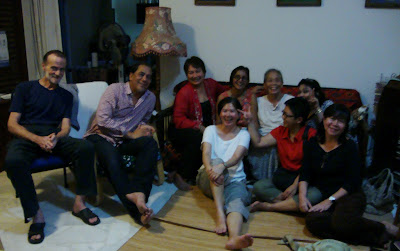 ..... and so many others will keep you company all the way.

I wrote  this letter today which Oi Bek will read to you when she visits during the weekend.

".......remember girl, when you are undergoing this rehabilitative care, you are not like a baby learning to move.  A baby begins with nothing.  You have a rich cache of an active and vibrant life to start from.  You are like the bird who was injured while in flight and now you are being helped to fly again.  Remember how some of James Herriot's 'friends' were brought back to their old selves?  So persevere - take your life in both hands, nurture and appreciate the chance and accept all the challenges.  There's a new Lely waiting to come out.  There's still a lot for you to do and achieve.

Remember what Iain said?  YOU ARE YOUR OWN BEST FRIEND!  And there are also all your other best friends to nudge you along.

Be stubborn and keep the wing/wings flapping.

The Gift of Life

Firstly, thank you for all the kind comments, for the prayers and the hope.

I wrote this about two weeks ago but could not manage the time and the opportunity to do so in the blog.

"At times like these we realize how fragile life is - how tomorrow can bring untold pain and sorrow and how each day has to be treated as sacred and precious.

At times like these we need to ponder on the complex and intricate design that God made of us and for us - a creation that can never ever be replicated by man.  This is God's gift that we often abuse and take for granted.  We look at the blue sky, the white clouds, the green grass and trees, the colours of the flowers and birds and we take a deep breath and give a silent prayer for what we see.

But often we neglect to give thanks for the body that we live in - how each breath we take, every drop of water we drink, every morsel of food we consume begins  an amazing cycle of life that runs through our lungs, the heart, the liver, the kidneys, the brain and all our innards - feeding and giving sustenance to our being on this earth.


Even the skilful hands of the surgeon that operated on Lely's brain and brought her back from the brink of death was God's own work.

Lely's stroke was not caused by high blood pressure but by a very rare congenital affliction called AVM  ( Arteriovenous Malformation), a tangled web of arteries and veins in the brain where a lot of blood is pushed through a concentrated area building up a pressure  and causing a stroke, aneurism and haemorrhage.

We are now putting up in Lely's flat, helping to look after her beloved cat Moccha. 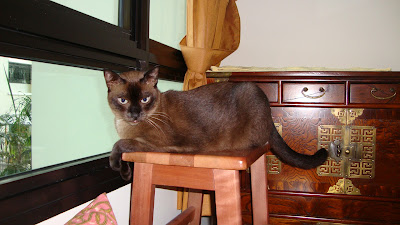 One evening I said to Moccha,  "Will you pray for your good friend Lely?"

I was told how Moccha sat sedately on the bed intently watching me at prayer and she moved her head up and down to synchronise with my movements.  After my 'Salam'  she moved and got down from the bed.