The Sources of Terror 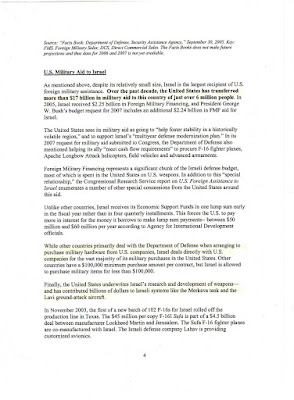 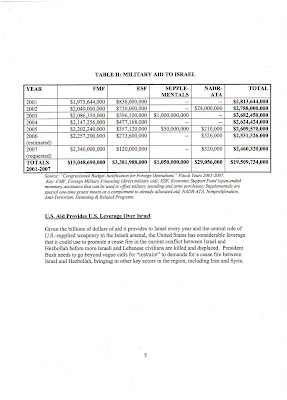 Referring to the French Revolution, Mark Twain wrote : "There were two 'Reigns of Terror,' ......the one wrought murder in hot passion, the other in heartless cold blood; the one lasted mere months, the other had lasted a thousand years; .....but our shudders are all for the 'horrors' of the minor Terror, the momentary Terror, so to speak; whereas, what is the horror of swift death by the axe, compared with lifelong death from hunger, cold insult, cruelty and heartbreak? ........A city cemetery could contain the coffins filled by that brief Terror which we have all been so diligently taught to shiver at and mourn over; but all France could hardly contain the coffins filled by that older and real Terror - that unspeakably bitter and awful Terror which none of us has been taught to see in its vastness or pity as it deserves."

Gaza has the 'privilege' of being subjected to both the momentary and old Terrors. The memory of their sufferings will not last for very long in western documents and psyche. They, the Western world are very selective about who they classify as Victims. Palestinians haven't got a hope in hell !

Chechnya had to deal with Russia only. Iraq and Afghanistan suffered invasion at the hands of USA, Britain, France, Australia and a host of other lackey nations.
But that little strip of God's earth called Gaza, is being smashed to pieces by the combined strength and wrath of the world's richest and most powerful nations. The Lord said "Vengeance is mine"

Harold Pinter, the English playwright who died recently, asked the question , ""How many people do you have to kill before you qualify to be described as a mass murderer and a war criminal?" I would say that any soldier of any nation that kills even a single child from any race or tribe or religion must be put on trial as a cold blooded murderer.
But we all know the life of one Israeli is equal to 10 (?) 20 (?) 30 (?) Palestinians.
Posted by anak si-hamid at Saturday, January 10, 2009

Thanks Nor , for the info and revalation.
One thing in my mind though, other than the poor civilians who were murdered - I feel that Gaza has been used, over-used, over-killed and purposely put in the lime-light by the murderers because the world seem to have forgotton that the main issue is to return the whole land of 'Israel' to the rightful owners. Give back whats belonged to the Palestines and stop murdering them.

( I wonder if the ignoramuses are reading these articles or perhaps the facts and reality is too big a pill for them to swallow as their godly image of the US and Britain might not be what they have in their mind now. Bloody suckers ! I'm sure these two nations would be happy (?) to have them as citizens...)

Keep them coming, Miss Hamid. The least we can do is to bombard the pro-Zionists with such facts and figures.

Collateral damage is a term they conveniently use to justify mass murders.

Coming from a superpower, a supposedly CIVILISED nation that practices democracy, meritocracy and all the brainwashing hogwash,
it's really a shame ...

for them to deny innocent children a chance to live their childhood in a peaceful non-threatening environment, in their own HOMELAND.

What a disgrace for humanity!

Dear MS Hamid,
According to the Talmud which I understand is the next sacred book to the Torah, the life of a thousand gentiles is not even equal to a finger nail!
So you need to add a few more zeros to your estimation.

Those who had gone through "hell" would normally even suggest the same treatment to their worst enemies but the Jews in Israel are just not human. They are the devils breathing on this earth.

They have managed to get their sworn enemies (Christians) to be the provider for their atrocities.

I am too sad to write any further.