From Cikgu's Note Books to the Ignoramuses Out There

NEARLY everything you’ve been led to believe about Gaza is wrong. Below are a few essential points that seem to be missing from theconversation, much of which has taken place in the press, about Israel’s attack on the Gaza Strip.

Skip to next paragraph 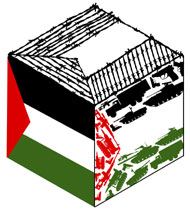 THE GAZANS Most of the people living in Gaza are not there by choice. The majority of the 1.5 million people crammed into the roughly 140 square miles of the Gaza Strip belong to families that came from towns and villages outside Gaza like Ashkelon and Beersheba. They were driven to Gaza by the Israeli Army in 1948.
THE OCCUPATION The Gazans have lived under Israeli occupation since the Six-Day War in 1967. Israel is still widely considered to be an occupying power, even though it removed its troops and settlers from the strip in 2005. Israel still controls access to the area, imports and exports, and the movement of people in and out. Israel has control over Gaza’s air space and sea coast, and its forces enter the area at will. As the occupying power, Israel has the responsibility under the Fourth Geneva Convention to see to the welfare of the civilian population of the Gaza Strip.
THE BLOCKADE Israel’s blockade of the strip, with the support of the United States and the European Union, has grown increasingly stringent since Hamas won the Palestinian Legislative Council elections in January 2006. Fuel, electricity, imports, exports and the movement of people in and out of the Strip have been slowly choked off, leading to life-threatening problems of sanitation, health, water supply and transportation.
The blockade has subjected many to unemployment, penury and malnutrition. This amounts to the collective punishment — with the tacit support of the United States — of a civilian population for exercising its democratic rights.
THE CEASE-FIRE Lifting the blockade, along with a cessation of rocket fire, was one of the key terms of the June cease-fire between Israel and Hamas. This accord led to a reduction in rockets fired from Gaza from hundreds in May and June to a total of less than 20 in the subsequent four months (according to Israeli government figures). The cease-fire broke down when Israeli forces launched major air and ground attacks in early November; six Hamas operatives were reported killed.
WAR CRIMES The targeting of civilians, whether by Hamas or by Israel, is potentially a war crime. Every human life is precious. But the numbers speak for themselves: Nearly 700 Palestinians, most of them civilians, have been killed since the conflict broke out at the end of last year. In contrast, there have been around a dozen Israelis killed, many of them soldiers. Negotiation is a much more effective way to deal with rockets and other forms of violence. This might have been able to happen had Israel fulfilled the terms of the June cease-fire and lifted its blockade of the Gaza Strip.
This war on the people of Gaza isn’t really about rockets. Nor is it about “restoring Israel’s deterrence,” as the Israeli press might have you believe. Far more revealing are the words of Moshe Yaalon, then the Israeli Defense Forces chief of staff, in 2002: “The Palestinians must be made to understand in the deepest recesses of their consciousness that they are a defeated people.”
Rashid Khalidi, a professor of Arab studies at Columbia, is the author of the forthcoming “Sowing Crisis: The Cold War and American Dominance in the Middle East."

For the non-Malays/Muslims who have a problem with Muslim sources and Muslim names, this article was published in the New York Times. You don't have to agree but you cannot deny the facts. If you do not like the facts, then stick your head in the sand like the proverbial ostrich and pray that your country, your loved ones, your co-religionists do not have to suffer like the Gazans. And don't let your children watch the news. On British TV they always have a warning "You may find the following report distressing " .
Posted by anak si-hamid at Saturday, January 10, 2009

To the Anonymous 1:29 from the article just before this... do you now get what Gaza and Palestine had been all about?

The information is timely. The Palestinian conflict has nothing to do with Islam, less we once again color all our responses under the Islamic banner. This is a justice issue and all thinking/caring people around the world regardless of their beliefs should condemn the actions of the Israelis and many had done so.

The actions of the Israelis government has more to do with starving off defeat with a pending election than a response to rockets fired by Hamas. We should not only condemn Israel because the majority of Palestinians are Muslims. A non-Muslim victim is no less deserving of our support. When blinkered views take precedence as in our response to the Dalfour conflict in Sudan and the inhumane actions of the Chinese Military police against the Tibetan Monks, our credibility is called to question.

To goodwithoutgod I completely agree, but unfortunately after 60 years the Palestinian tragedy has still not been given the attention that it deserves.

To Anonymous 8.04 pm
So you want to play lists? All right then.

1.Read the text which goes with your own list - which you don't appear to have done.

2. Here's another list - try to read the text which goes with this too.

The views of the people in Malaysiakini that goes against the views of the World on Palestine, including their beloved Pope, are the views of people who'd wish there were born white anyway. What can you expect from this type of people ; they are pathetic to the core.

Only the privileged can afford to turn the other cheek. For most of us who are the wrong colour and not members of a select and elite club, we have to defend ourselves just to stay put in our space.


I know you can understand and write English .

"Forgive anf forget" ? What are you ? You figure this as some family 'misunderstanding' ?