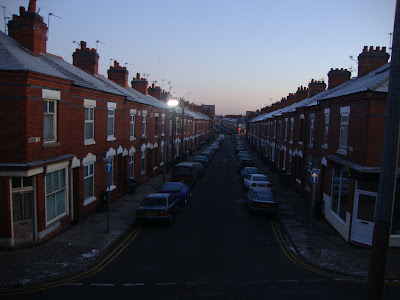 Eight in the morning on Saturday 19 December 2009 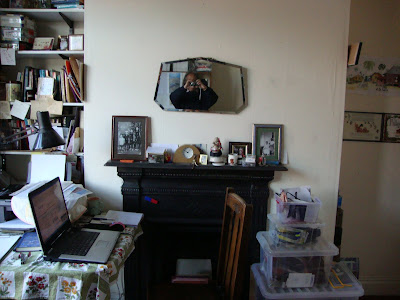 Messy Reflections in My Room

It had been a messy 10 days. They say people tend to suffer SAD or Seasonal Affective Disorder when they don't get enough sunlight. I suppose that's why the inhabitants of the tropics always (maybe just most of the time) look happy and are full of smiles, especially the children. In comparison- while wandering in Leicester's City Centre- I noticed how the wrapped-up kids tend to look grouchy and miserable. I think what they want is a good dose of sunshine when they can run around like happy rabbits- just like my sister's grandchildren in Kuala Lumpur.
For me, the Mess had nothing to do with the weather because I love the bracing cold. I know there's something wrong with my body-thermostat because I can better withstand the cold than my temperate spouse. And he is more comfortable in the heat while I perspire like an over-exercised horse - with beads and sometimes rivulets of sweat dripping down my face and back.
Anyway my SAD of the past week had more to do with inclement man-made reasons just like the causes of global warning.
Firstly, I had to figure out why my Halifax Visa Credit Card which had been terminated since 2008 was still making deductions from my bank account. I know I had paid up all my outstanding balances.
The Halifax branch in Leicester could not or did not want to help. I had to make umpteen phone calls which got me nowhere. One even suggested I should just pay it all up because of the high interest rate! So, I spent days sorting out paperwork from 2008 and 2009 so that I could write to somebody who can explain and stop this hijack of my savings by a defunct Credit Card Company.
As if this wasn't enough, the washing machine started getting bolshie. The door refused to open at the end of the wash. I pushed several buttons and rotated 2 knobs to get it to work, but to no effect. In exasperation, I gave it a hard kick and switched it off at the wall, which I'm not supposed to do. Then I pushed and pulled at the door and it was open sesame! I now have to find the courage to try working that bl..... machine once again - while the dirty laundry keeps piling up.
Then the radiator in our bedroom began to malfunction. CUBAAN! (Shh..ugar!). I really should not gripe about this because the two occupants in this house were also in the same condition. It is my job to 'bleed' the radiators because the mechanical geek in me loved doing this - to unlock the screw, listen to the hissing bubbles and the hot water rising to the top. I can then happily exclaim "job done!". I know- it's sad isn't it? But no- it gave up the ghost on me, the hot water refused to rise to the occasion and we had to do what every householder feared. We had to call in the plumber. The clutter in the room had to be cleared. The plumber promised to come at 4 pm but we had to wait another 24 hours before he turned up. As for the ensuing mess, it's best left to the imagination.
About 15 years ago, when I realised how a plumber is more valuable than a doctor, I decided to sign up for a FREE course in plumbing, for women only, organised by the City Council. However, as I was not a single mum and I was reckoned as not being 'poor' enough, I was rejected. How poor must you be to qualify? Isn't a wife a deserving case too? Anyway I discovered later that the course was cancelled - not enough takers.
When I was about 10, I confided to my Abah that when I grow up I would like to be a train driver. He gave me an indulgent smile which said " we'll wait and see, shall we?".
I bought my first car- an open-top MG Midget with a souped up 1200cc engine, spoke- wheels and all, registration number SL 2009 at the age of 22. I thought it would be useful for me to attend a Mechanic's course at one of the night classes. I was serious but the calling of a wild hedonistic life beckoned. Anyway I can always depend on my brother who was crazy about cars and a lovingly-useful father to call upon.

"The Day When Everything Went Wrong" was a must composition title during my schooldays. This is my version. Just change 'Day' to 'Days'.
But teacher never gave us this reward of a woman-made banana cake and man-made date cake and a mug of hot tea. Cheers! 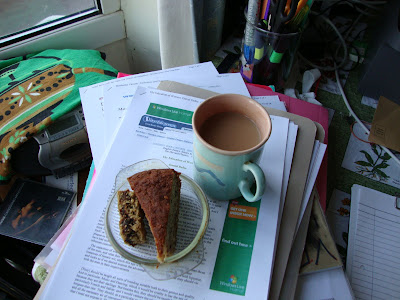 Relax ASH ! It could have been worse ! You could have the equatorial sun shining down Leiceister and humidity to match ! heheheehh !

The washing machine ? Do what you have done ! I mean imagine if there was a sudden blackout ....surely all the washing machines in the city are not going to break down. Just confuse the damn computer programme by switching off the current AND, they'll work again -- usually !

So cheer up---there's still a lot of blogging to do !!!! heheheh

Sunnysideup,
Huh! Typical statement from a man! What do they know about laundry and other housework chores?

Aunty AsH,
Our house has turned topsy turvy too! My Mama decided to do Spring cleaning in Summer! And she's just chucked a blender and a kettle into the recycle bin... Hmmm...I wonder how will she make chili paste and coffee now. Oh, she rewards herself with chocolate cupcakes and us with Magnum ice cream. purrr.....meow!

housework chore ? Is that a new computer software ? heheheheh

You need Professor Wu to calm you down.