"........as we enter Ramadan, and remember the tremendous challenges from which countries in the Islamic world suffer: the waste and corruption, the underdevelopment, and the lack of job creation.

Many of us have no problem with wholeheartedly engaging in the rituals of Islam, while ignoring the awesome challenges that we face. Some of us claim to care about Islam, while saying nothing or doing nothing to alleviate our difficulties and catastrophes, as if they're unsolvable.

If we label ourselves an Islamic world, and fail to act in a way that betters this civilization, it's an exercise in futility. Some might want to celebrate their religion, very few are willing to work hard to promote a better tomorrow for the Islamic world."

Exactly my sentiments. I could not put it any better. Thank you to The Daily Star, Lebanon, for this editorial "As the month of Ramadan begins, the Islamic World is a shambles". 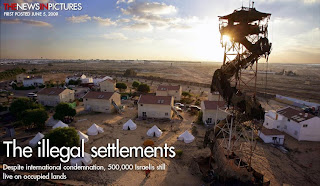 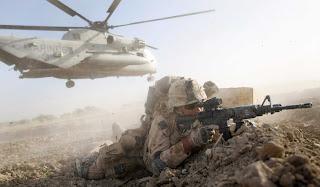 US firepower in Helmand, Afghanistan

To all, Selamat Berpuasa.

P.S. There might be a problem linking to the given site - with apologies.
Posted by anak si-hamid at Saturday, August 22, 2009

It's only too true. What a sorry state of affairs the Muslim world is in at the moment. Tidak bersatu dan tidak sekata, that's why.

salam ramadhan to you and Iain,

hope to see you again!

If you wish to understand the root cause of the Islamic world's backwardness (and it is not Islamic belief per se) you must read 'IQ and the Wealth of Nations' by Professor Richard Lynn and Professor Tatu Vanhanen. In this academic study we learn the average IQ of Muslim nations.

To Anonymous 25 Aug,
Thank you for your comment. My posting was not about the 'backwardness' (your word, not mine) of the Muslims (not Islam) and its causes, but with the priorities of care and concern for their fellow Muslims and the growing commercialization of Ramadan and Eid - as has been happening with Christmas all these years.
The use of IQ (could it be an Idiocy Quotient too?) as a measurement of "civilized progress" is highly dubious and questionable, and you would have discovered that if you had done enough reading instead of picking up selective scraps from the Internet.
What do you reckon is the IQ of Bush, once the most powerful leader of the 'free world'?
And by the way, Hitler had a high IQ of 114. And so did the scientists who split the atom and created that deadly weapon of mass destruction, the atomic bomb - people like Einstein, Enrico Fermi,Otto Frisch etc.

Salam to you too Ena from the spouse and I.
We look forward to a little gathering with you and the others.