In the light of the recent series of murders and atrocities committed by our earthlings, as always Mark Steele of The Independent provides us with a very sane, even-handed and comic-satirical overview of the event that is leaving the world (well, some ) drenched in self-righteous anger and hurt.

Mark Steele's headline reads " Charlie Hebdo : Norway's Christians didn't have to apologise for Anders Brevik, and it's the same for Muslims now.  It's as if  no one in any Western country has ever gone berserk with a gun in a public place before."

I reckon the worldwide rallying call of  'Je suis Charlie' should be supplemented with 'Je ne suis pas  Anders Brevik"!  Perhaps I should also add more denials from the Judaeo-Christian West (and from our non-JC liberals) as in 'Je ne suis pas George Bush (junior and senior), Tony Blair, Ariel Sharon, Benyamin Netyanahu', Sarkozy - and that's taking into account only the last 25 years.

Jerome Taylor, also from the Independent, wrote "It's Charlie Hebdo's right to draw Muhammad, but they missed the opportunity to do something profound ."

Taylor defended Charlie Hebdo's right to be 'offensive' but he also had this to say :  "What they have instead produced is predictably naff.  The few pages I have seen so far - and I must admit it's not the whole book - clearly pokes fun at the Prophet as much as it supposedly informs the reader about his life."

"Charlie Hebdo has a long and proud tradition (Taylor's underline, not mine) of being offensive and outrageous  ....  The West is a 'liberal democracy where free speech (which includes the right to be crass) is treasured'.

If that's the case - where is the much lauded right of the west to be irreverent, mocking and crass in the following cases?

1.  Why did the New England  Brewing Company issue an apology after "a legal action was filed in an Indian court claiming that the use of Gandhi's image on the beer cans    ....... 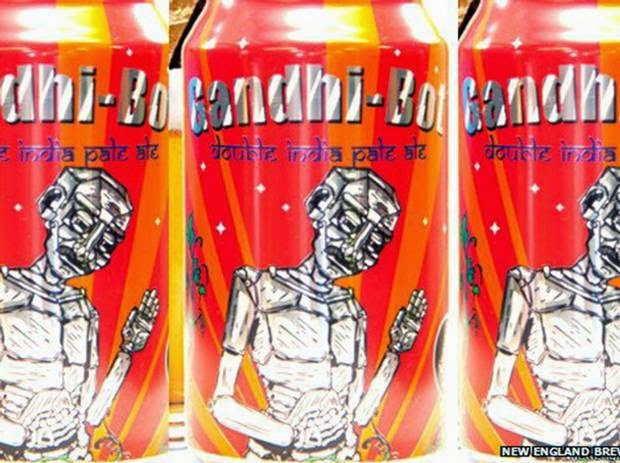 2.  Whatever inspired this 24 year old from Leicester to place a pig's head outside a Muslim place of worship on Boxing Day of 2012?  We know why.  But as he had apologised for "causing religiously aggravated harassment'  his 12 weeks' imprisonment was suspended.  But Liam Ferrar was no media bigwig , he had no choice but to do a retreat.

3.  A UKIP ( UK Independence Party) councillor who blamed the the heavy flooding of December 2013 on the legalisation of gay marriage was suspended by his Party. Some people have greater sensitivities to be protected unlike the Prophet of  1.6 billion Muslims.

4.  The Guardian in March 2012 had this headline  "Lib Dem peer resigns party whip in row over ant-Israel remarks."
See :  http://www.theguardian.com/politics/2012/mar/01/lib-dem-lady-tonge-beware-israel-remarks

The Chief Rabbi , Lord Sacks regarded Lady Tonge's remarks as "dangerous, inflammatory and unacceptable."   Well, many Muslims feel the same way about the the surfeit of cartoons on the Prophet including that by Charlie Hebdo.

But any mockery and disrespect for Islam is kosher meat for the believers of freedom of expression in the West  - though a sort of self-censorship is practiced for some  'protected cultural groups'.

5.   Suzanne Moore a writer of "proudly Leftist opinions", wrote that 'modern women were coming under pressure to look like Brazilian transsexuals'.  The result?  Moore was accused of being a fascist (remember the accusation of being Islamofascists?) and she was forced to close her Twitter account.  Her buddy Julie Burchill was incensed at this and  described the transsexual lobby as ' a bunch of bedwetters in bad wigs' etc etc.

This retort really riled up Lynne Featherstone the Lib Dem MP for Hornsey and Wood Green and International Development Minister in Britain's Coalition government.  She accused Burchill of  'inciting hatred' against transsexuals (exactly how Muslims feel about anti-Muslim cartoons including those spewing from Charlie Hebdo) and she wanted Julie Burchill  and the Observer's editor be sacked!!

Did the Observer ( which is owned by the 'impeccably liberal' Guardian media Group) stand on their right of free speech and the freedom of the Press?  No!  They removed Burchill's article from the internet.  It was replaced with a piece by ' a purple-haired woman called Roz accusing Burchill of "legitimising the currency of hate speech" '.   To hell with freedom of speech!!

If only, oh if only Muslims could have the ears and heart of such a caring Minister and a purple-haired woman somewhere who would sing her same words 'to soothe the savage beast' that we Muslims are.

6.  Ben Ari an orthodox Jew and an Israeli law maker, tore up the Bible and then posed for photographs with the dismembered holy book (July 18, 2012).

The reason? The copy of the New Testament was mailed to him by Christian missionaries.  Ben-Ari stated millions of Jews were slaughtered in the name of the Bible.

" Many Christians over the centuries persecuted Jews, holding them responsible for Jesus' crucifixion".  Read :   http://news.yahoo.com/religious-israeli-lawmaker-tears-testament-101541114.html

7.  An American brewery company had to apologise for naming a beer after the Hindi Goddess Kali (May 15 2012).

The demand was made in Rajya Sabha that US Ambassador to India should be summoned and asked to apologise for it."

It's alright for some to demand respect.

.........  a bikini lined with images of the Buddha  was removed from the market without a whimper by the American retailer 'Victoria's Secret'. 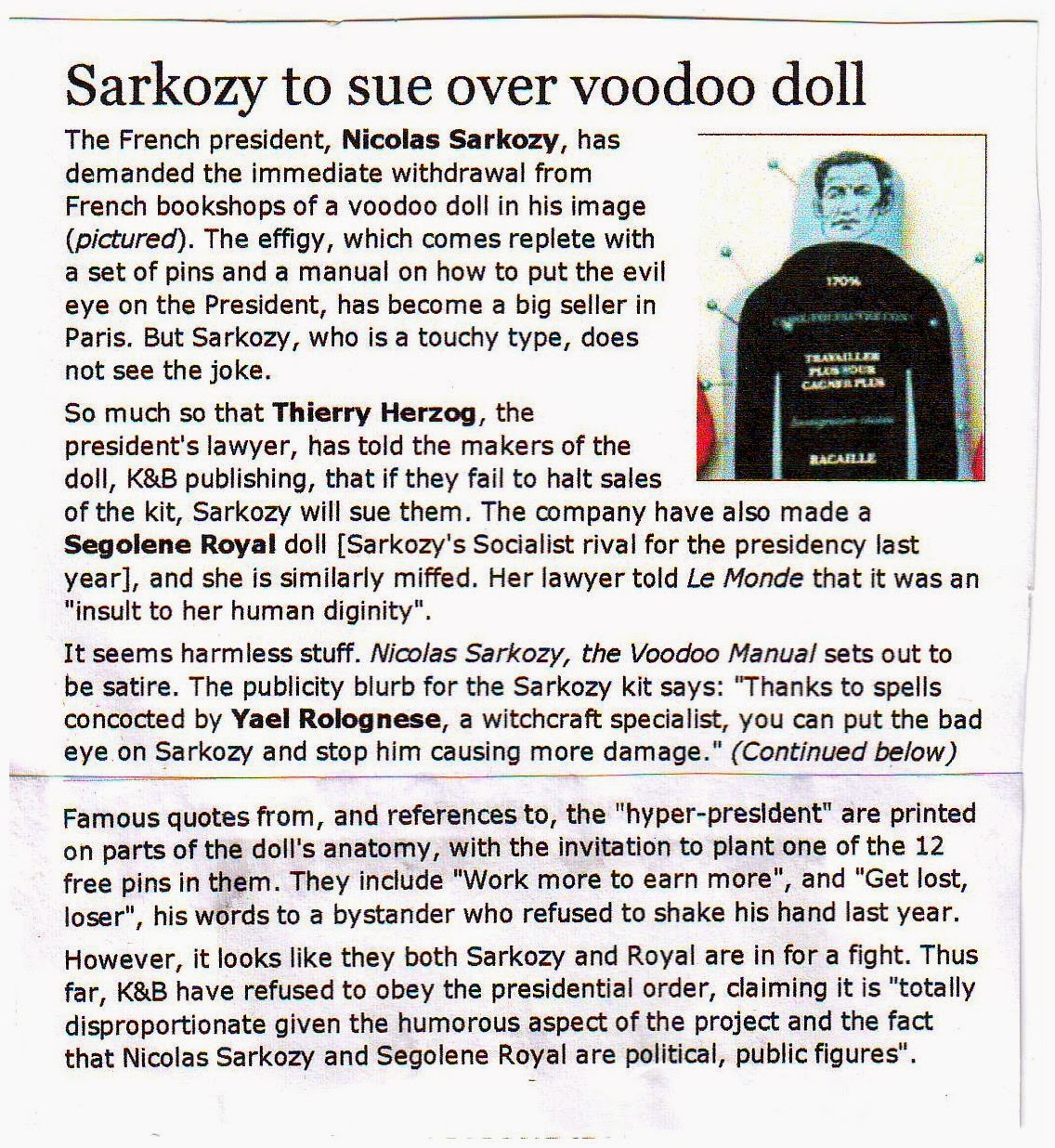 The  'Je suis Charlie'  deaths will certainly  justify and boost the agenda and the policies of  the right wing extremists not only in France but everywhere else in the West where immigrants are regarded as unwanted aliens.

There is a moral in all this for Muslims.  They say the pen is mightier than the sword.  For decades, that has been the strength of Charlie Hebdo.  So, if Muslims must "take up arms" against the West's anti-Islam agenda (whether liberal or fascist) they must be proficient with the pen, with the books and the computer, with their own quick-wittedness, wisdom, and knowledge, knowledge, knowledge.

Know your enemy - they have a larger and more sophisticated arsenal, both of real swords, and of words they dress up as freedom of expression.


Finally, where were all the protestors wielding their pens and wearing their 'je suis Charlie' tags and switching off their lights all those years ago when the world looked at these grim images and then turned their faces away? 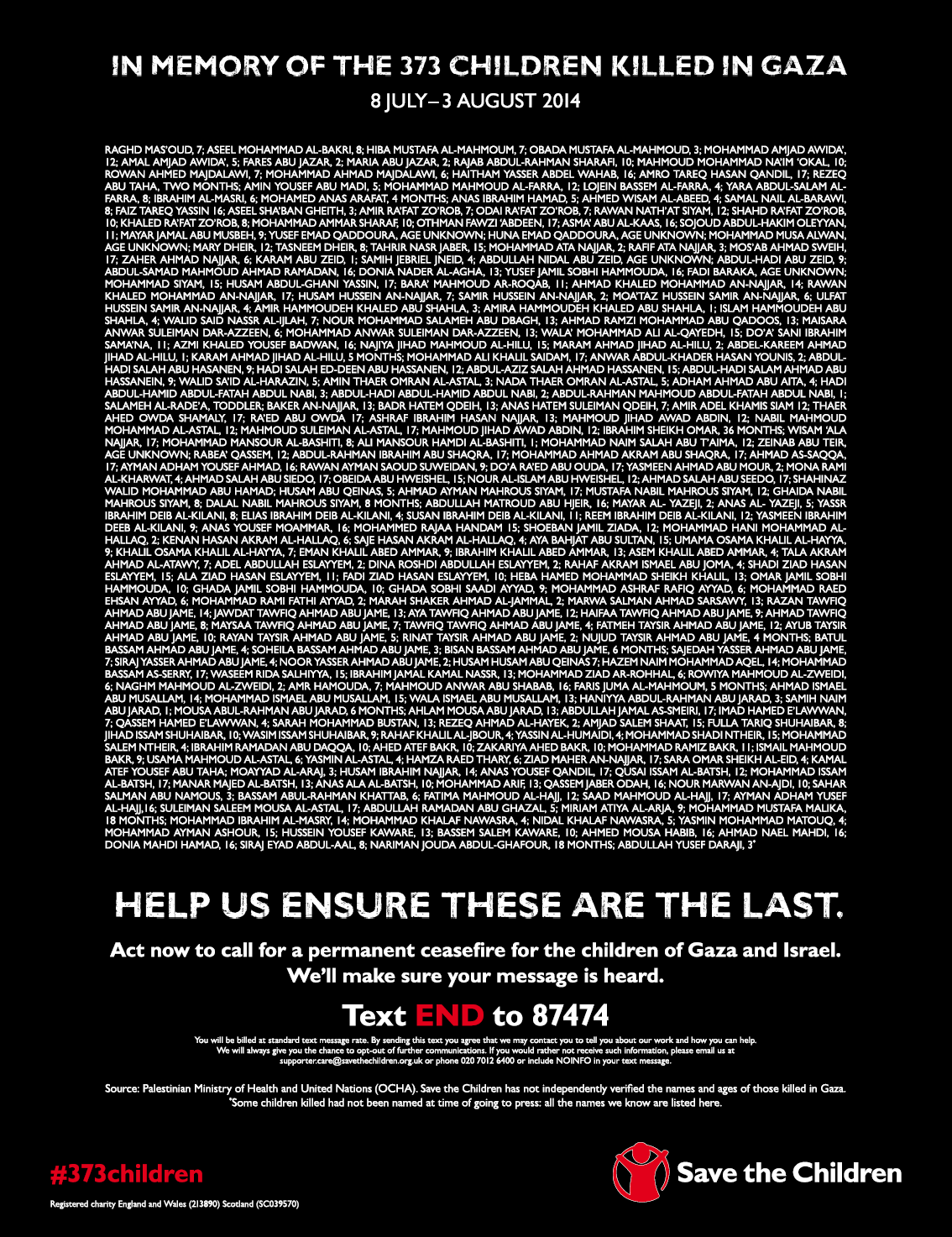 What happened in Paris is more complicated than the issue of extremist fanatical Muslims against liberty and freedom of speech in France or anywhere else in the world.

France may be the purveyors of 'Liberte, Fraternite and Egalite'  but France also has a very dirty record of brutal occupation  and treatment of the Algerians.

The French conquered and ruled Algeria from 1830 until she had to abandon it in 1962.  In between there were a series of atrocities and blood baths that led to many deaths but mainly of the Algerian Muslims :  45,000 in May 1945 at Setif, 1.5 million Arab Muslims and thousands of French 'colons'  (white settlers in Algeria)  during the 6-year War of Independence from 1954 to 1961.  It was 'a brutal war of suppression of the Muslim sectors of Algeria because the French were intent to keep Algeria white.  From the very beginning France subjugated the Muslim population of Algeria - "building small French towns and chateaux across the countryside" .' The Catholic Church took this opportunity to "re-christianize"  Northern Africa  - converting mosques into churches.

On the condition of Muslims in the West, let me quote this from Gai Eaton, a prominent British Muslim philosopher.

Our position as Muslims in the West is not an easy one, but it is my belief that this position is easier in the United States and in Britain that it is in France or Germany.  Particularly in France, the situation appears to be extremely dangerous.  The British will on the whole tolerate strangers in their midst.  They may not like them and they certainly do not understand them, but they tolerate them.  The French do not, unless these strangers integrate themselves completely into French society and French culture; in other words, unless they abandon Islam in everything but name  (my underline).   'The Muslims in the West'  8 August 2010.


Lastly give a serious read to this serious cartoon-satire by Joe Sacco.

But these people don't react by killing!

Such people would also kill to defend themselves if they had to go through over a thousand years of wars and demonisation by their nemesis - if their countries and culture and resources and dignity were trampled and stolen under the yoke of oppression and colonisation and imperialism - if their homes were bombed and ravaged by bombs and missiles and drones and to watch their chidren and women die like dogs as their homes and hospitals and schools and places of worship were torn apart - if their comrades and kin were taken prisoners and then tortured and humiliated and maimed.

Is that enough for you? Will you turn the other cheek and then roll over like a dog and beg for a tummy scratch like dogs do?

Palestinian, Iraqi, Afghani, Algerian, Libyan, Yemeni, Pakistani etc Muslims are not dogs. If they were regarded and treated in a fairer, unoppresive and non-violent manner like "those people who do not react by killing" they too can be beautiful and lovely nice guys.

You maybe right but remember these are the immigrants from Islamic countries to a non Islamic country which received them wholeheartedly. All these unfortunate countries in the certain extent are still yearning the help from the powerful secular countries especially the US and Europe. They even fight among themselves, Sunnis killing Shiites and vice versa. The Arab Saudi are now even cooperate with the Israeli to counter the threat of Iranian Shiites. So my point is Muslim should not be so stupid to counter the threat with violence. The Jews are killed in millions but they don't revenge by using force, they use their brain to ask others to fight the Arabs as their proxy. Allah do not need those stupid extremist Muslim to kill to protect His name.

Muslims have nobody to blame but themselves. Middle East conflict is an Arab conflict that most Muslim mistaken it as a Islam vs the world conflict. If the mahzabs can't even agree amongst themselves, what do you expect? World peace? While we are harping on Free Palestine, where are all their Arab brothers? Is there such thing as Muslim solidarity? Given the recent flood crisis in the East Coast of Malaysia, I have yet to hear any donation or help forth coming from other Islamic States. Kafir countries are contributing to help us without being asked.