Our Pedigree (CsH) and the Legacy of the Barrow-Diggers

One never stops learning. In the past 10 years or so, there has been a movement of research and theorizing into our part of the world for discovering and/or discarding our past. This has somehow been maneuvered into a direction that is quite disturbing - almost into denying the Malays their identity. I have come across statements like "the Malays are not even a race, not since day one", that the Malays are not the natives here, they're immigrants like the Indians and the Chinese!!

Also, our knuckles have been rapped for not acknowledging our Buddhist and Hindu antecedents. There are attempts to re-script us because of discoveries of shards of pottery, bits of jewellery, roof tiles etc. from parts of India, China, Java, Thailand and Vietnam in our tanah air. (land-water). It's interesting that we tend not to describe our birthland as homeland but land of water - because we are of the archipelago. The land and the sea are one and the same in our concept of where we belong.

Even our mother tongue was not spared. One expert claimed that only 4 words in the Malay vocabulary are genuinely Malay - words like api (fire), besi (metal) padi and nasi (rice, uncooked and cooked). Phew! Am I relieved that words like war, genocide, racism and greed are not genuinely Malay!

Also, "in a Malay sentence of 10 words, 5 will be Sanskrit, three Arabic and the remaining either of English, Chinese, Persian or some other origin". You could say the same of the English language too. But try telling Englanders that English is not truly English. All these attempts to give my identity a makeover is quite depressing. Aaah what about my food? I would be shattered if some scholars and diggers are going to educate me by stating that the food that my Malay father put on our table and that my Baweanese mother cooked like sambal blacan, masak gulai ikan sembilang dengan tempoyak, lemang and dodol do not belong to us!

We could I suppose go back to the ooze and slime of our maritime heritage - to our mode of our jalan-jalan or rather belayar-layar in the Malay Archipelago. It's such a shame that the remnants of this heritage cannot be found preserved in the depths of the Straits of Malacca for instance - to be detected by our experts just like the discovery of the Mary Rose.

Here is my feeble attempt to show what is ours - in our river and sea-going vessels
photographed by C.A. Gibson Hill in 1952. However they're only 57 years old. They cannot be admitted or accepted as valid academic evidence. And they cannot be measured or weighed or dug and they are not as credible or formidable as Borobodur or Lembah Bujang. 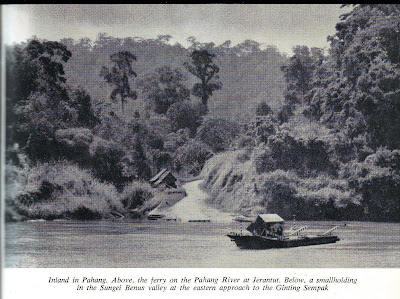 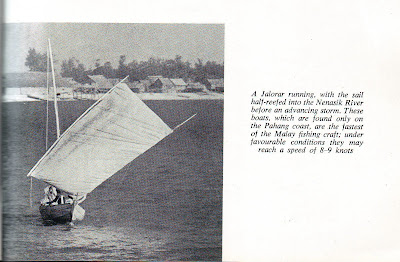 IF THESE ARE NOT MALAYS, WHO OR WHAT ARE THEY? 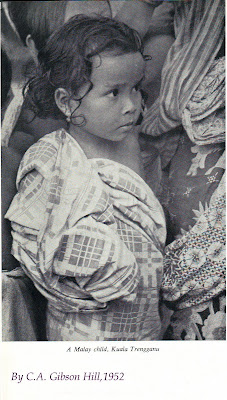 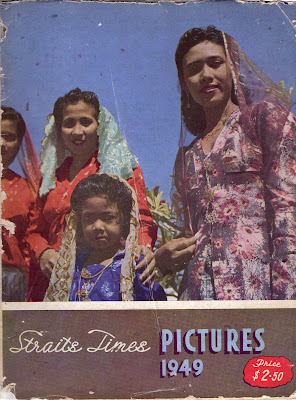 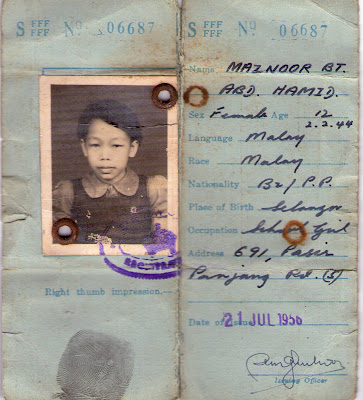 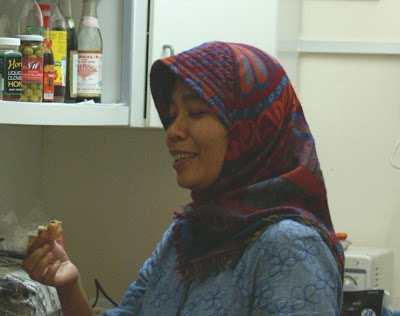 And this is Maria, a Malay woman from Johor circa 2009.

Tomorrow we leave for Johor Bahru for the weekend to visit our Johor-Malay nephew and his Sarawak-Malay wife before they leave for Mecca.
Posted by anak si-hamid at Thursday, October 29, 2009