England, though part of the United Kingdom, is very proud of its own history - a history which we had to learn when we were schooling in the 1950s. It was basically a history taught for the glory of kings and queens, castles and monuments, great battles won against all odds like the First and Second World Wars and (naturally) the might of the Empire.


1. Of Kings and Queens : The most colourful of course was Henry the VIII, the man who set up the present Church of England so that he could get rid of his first wife and marry Ann Boleyn whose head he then chopped off so that he could marry the third. I'm summarising this in the same way western historians simplify our history. With this knowledge behind me I was able to understand that 60s song "I'm ' Enry the Eighth I am" ! When in my late 20s I discovered that delightful comic "Iznogoud" by Uderzo and Goscinny (who were also the creators of Asterix) I was happy to be able to connect lascivious Caliphs and their harems with ole 'Enry the Eighth. The history of kings and queens can be great fun!


2. Of Castles and Cathedrals and Other Monuments : It was de rigeur that tourists should visit Britain's great castles especially those of us who want to learn how the nobs lived - almost voyeuristic I think. Sometime in 1995 we took our niece Maria to Alnwick Castle in Northumberland as part of her 'educational tour' of Britain before she left for home. As the entry fee was quite exorbitant, the spouse had to wait in the car. Anyway we were looking out of this huge window in the elegantly extravagant Drawing Room to a magnificient view of stream and rolling hills and Maria wistfully said, "How can one man have so much?"
On another occasion we brought two of my former Singapore students to visit Cambridge University. It was awesome, one of them observed. The other gazed in wonder and remarked, "I think of the workers who constructed these magnificient structures - they must be so clever." Indeed they were very skilful craftsmen but who remembers their names and what remuneration were they given?


3. Of heroes and intrepid explorers: We had to study Robert Clive who went to India to make a fortune for himself and for his Queen and country. I cannot forget that picture of Clive as a boy, climbing up a building or something in his native land. It was we were told, the precursor of his overarching adventurous spirit that eventually made his Queen the Empress of India.
Then there was also Sir Francis Drake, a 'cool sort of guy' like the former PM Tony Blair. Drake managed to finish his game of bowls before he set out to thrash the dago Spanish Armada. Of course we were not taught that he and a host of other other English, Dutch, Spanish and Portuguese sea dogs were also pirates, gun-runners and slave traders.
Then there was Sir Winston Churchill, an icon of the true Brit who led his country to victory against Hitler and his mob. You can even find his statue in Bandar Seri Begawan in Brunei. (It was still there when I left in 1984). I have to do a special posting to venerate this great hero. But as an appetiser here's a line from Sir WC "How dreadful are the curses which Mohamedanism lays on its votaries." 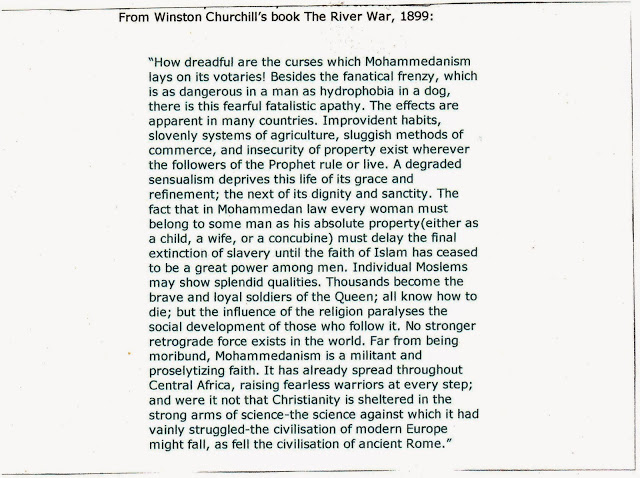 .....
4. The Mother of all Parliaments : The Speaker, Michael Martin was finally forced to announce his resignation on May 19 after an embarassing performance to keep his post in Parliament. Just like the economy, his plight, according to Jon Snow of Channel 4 is one of "trust or bust". I was watching history unfold before my very eyes - this was the first Speaker that had to resign in 300 years. I was a spectator to watching the British Parliament becoming a laughing stock at home and abroad. 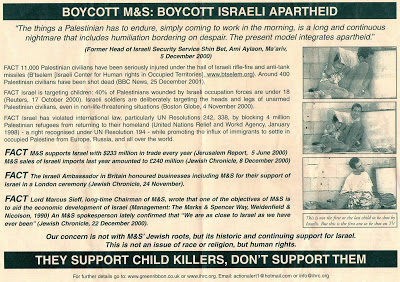 And, for all of us who are ashamed, embarrassed and who despair at the shenanigans of our political leaders and government - and who look to Western institutions and ideology for inspiration and guidance - think again - except if you're an unrepentant WOG or you have another agenda.
Posted by anak si-hamid at Monday, May 25, 2009