"Hungry For The Word"

However, The Independent of May 4 2009, quoting Reuters, reports : "Qatar-based Al Jazeera television showed footage of a church service at Bagram, the main US base north of the Afghan capital Kabul, in which soldiers had a stack of bibles in the local languages, Pashtu and Dari.

A military chaplain was shown delivering a sermon to other soldiers, saying: "The special forces guys - they hunt men basically. We do the same things as Christians, we hunt people for Jesus. We do, we hunt them down."

The Independent added: "Trying to convert Muslims to any other faith is a crime in Afghanistan. An Afghan man who converted to Christianity was sentenced to death for apostasy in 2006 but was allowed to leave the country after an international uproar."

The above paragraph is conveniently placed at the end of the report as if to reinforce the dastardly intolerance of Muslims to Christianity and (to follow this argument to its logical end) to suggest that what the Muslims need is a good dose of western Christianity, besides democracy and anglo-saxon style of government. The issue here is not about Muslims' regulations as to conversion ; it is about the covert intention of the invasion of Iraq and Afghanistan by the Western powers as well as the insidious and subversive modus operandi of Christian Evangelists in these two ravaged Muslim nations.

This revelation by Al Jazeera does not tell us anything new. Christian missionaries, from the good old days of gung-ho Imperialism, have always hung on to the coat tails of the Generals and soldiers, colonial administrators and traders. It's not that the heathens are 'hungry for the word'. It is actually the missionaries who are 'hungry for souls' to convert.

According to trainee military chaplain Sergeant Jon Watt, "you can't proselytize, but you can give gifts." This way you are not going against General Order Number One.
He added, "I bought a carpet and then I gave the guy a Bible after I conducted my business." So, beware of strangers bearing gifts, whether these be a bible, a tractor, a business contract, a free school, a free hospital, a doctor, a nurse, a teacher ... or democracy, liberty and equality!!

War or no War : This is the ethos of Christian Evangelists. 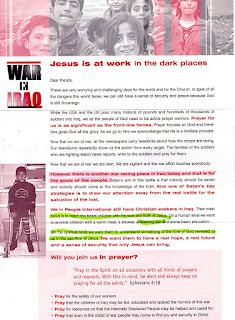 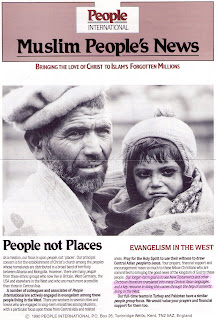 Predators, I mean proselytizers. Always looking for their place in heaven by casting covetous hands on other peoples' lands.