I guess I was born to be a rover.   Among  my many warts, I have a mole on  my right calf which, according to my dear old mum suggested that I will travel a lot.  That promise or threat was given to me more than half a century ago.  Indeed I turned out to be quite a traveller pre- and post- marriage  -  a sort of wandering and wondering Malay woman.

My first and most favourite school Principal,  Mr Charles Lazaroo of Yusof  Ishak Secondary School  teased  Loo Lee and me about our  "itchy  feet"  when we asked him for advice about going abroad for our post graduate adventure.  That was in 1973.

But it was Abah who got me a-wandering.   When I turned 21,  he sent me off to take a solo trip by train to Kuala Lumpur to visit the relatives.  Ayah Long Mahmood  especially and Mamak Kassim  became my chaperones.  I felt quite chuffed  -  travelling all by myself for what was almost a 10 hour journey.  I had an interesting chat with a middle-aged  Australian Czech who was on his way 'home' to see his family in Czechoslovakia.   But most of the time I was too wrapped up admiring the landscape and the little towns along the railway route.

But that was only the appetiser.

After settling down,  No.10, Oxford Avenue in Leicester held the record  for keeping me in one place for 19 years.  When we were in Penang, we set up home in Pantai Jerjak.  In 2005 we moved to our present 'west wing'  just a few streets away from Oxford  Avenue and in 2007 we relocated to Kuala Lumpur.

For I am by instinct a rover.   Looking back,  I cannot remember being at home, in one 'home' or another,  for anything more than nine months.      That is, until our latest stay in Kuala Lumpur.    The trouble is,  I cannot stay still for very long.   The nomad in me begins to fret terribly.

I am still basking in the glow of  returning to our ' hearth and home' in Blighty.  For the moment,  it's sheer indulgence - ignoring and suspending  the realities of life around me,  like two of the three wise monkeys. 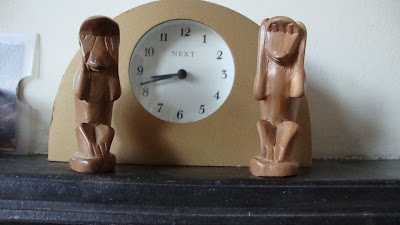 Check your mail...I have mailed 2 photos of Jalan Giam..

True, true. Iain and I are very, very lucky and blessed.

There's still one unfulfilled dream. To set up a temporary home on a train journey across Canada.

Did you grow up in Singapore too?

Still, it's nice to meet another wanderer.

Ah, the Boon Lay flat. Years ago and yet, Just Like Yesterday.

And Mas Kuning's still there while the "kampung" where we lived until '72 (i think) just behind your own old Mas Kuning house, has vanished. Forever.

do you live in kebun chantek in Penang??? it used to be my village... now the whole place is an apartment lot

They say a rolling stone collect no moss.. but not for you .. a magpie of sort..
May you two be blessed with good health sokmo..

Good to know you have good memories of the Boon Lay flat.

Any kampung in Singapore, yours and mine, suffers the same plight of obliteration.

Still, try to find time to drop in over here, before we get too old.
Just to complete the circle.

Thank you for the information about your lost kampung in Penang.

I remembered the padi fields and kampungs at Balik Pulau - that remains as my memory of Penang. Not Komtar or the Resorts on the beaches - not even the train to Penang Hill.

Penang kampungs and Penang Malays are going through the same mill as Singapore Malays. What a shame.

And Kampung Chantek in my posting refers to a kampung along Dunearn Road in Singapore.

In Penang we lived at Jalan Pantai Jerjak, quite close to USM.

Thank you Wan Sharif. Hope you and the family are in good health.

Funny, I was thinking of 'The Rolling Stone' as the title of the posting.

I don't gather moss but rather a lot of experiences and memories. There's the old saying "jauh perjalanan........"

And I have this problem (well, maybe not a problem): when I'm in NY i miss KL, then i come home to KL and i miss NY intensely and feel like a stranger.
Does this feeling ever hit you?

Oh yes. Each and every time. But the Malay in me always takes over every time.

check your gmail for the two photos..

...and I have a mole on the bottom of me right earlobe. Guess it means I have to spend life l-i-s-t-e-n-i-n-g.

As I did this morning at the consumer tribunal -- which, methinks, is consumer in name only -- where the presiding officer seemed to be all syrup-and-honey to the big corporation guys against whom I have an eight-month outstanding grudge for selling me a faulty fridge.

I always thought that though justice is blind, in cases like this some tilting should be in favour of the small man rather than the Goliaths?

So I was told to wait and let the process flow a little more although I believe more benevolent judges would have, by now, lost patience with the seller of shoddy goods and thrown the whole book or fridge at them. Compensate or 3 year jail or both!

Nah! Just have to be patient and keep cool as the smiles continue to shower down on the producers of lousy goods.

My apologies. You probably don't know what this rant is about and why here. But, you see, when you start with a mole you get a mountain.

Cheer up. It won't happen!!

Sorry to steal your thunder. But I have been where you're at - dealing with Visa Credit Card imposing a Card Protection Policy which I did not ask for. They took note of my complaints (3 letters to various authorities). Then two years later I was asked to pay for same policy for a Visa Card that I had cancelled!!!

Good luck with your problem. I'm quite a good listener, despite the warts and moles.

Good to hear from you though.

Hello MH and Uncle!
Happy to know that you and uncle are back home safe and sound :)
Boon Lay flat sure brought back memories during my sec school days when The Rainbow Gang used to hang out. I remember going to Lor Abu Kassim to visit my pri school teacher, Chegu Zulkifli when he was recuperating after an accident. You could be his neighbour for all I know, hehehe!
Anyhow, cannot wait to see you and uncle again in July for our big 5 0
Take care and keep smiling :)
Ps. My aunt Thelma Lopez is the sister of the late Charlie Lazaroo, what a small world!

Indeed, what a small world. Please tell your Aunt Thelma how much I 'love' that Principal of mine.

He was a wonderful musician and used to appear on Radio/TV Singapore playing the piano in the 1960s.

July? hmmm? another session with the RB?? Why not??? We will be privileged to watch you lot turning old, really, really old!

Love from us both and take care

No, I did not grow up ig sg, but your words affect me the same. I grew up in TPG with a short stint in PD. When I read your blog about time that once was, I start to remember...my dad, mom, friends... I grew up in a sundry shop in a Chinese new village in Taiping. I learnt my Tamil and hokkien Chinese here... Now I can't remember the lingo or have confidence to speak it.

I still remember the mee goreng cooked over charcoal...sedap.

Thank you very much Bash for getting back.

You know you had such a unique experience growing up in a New Village. Very varied like mine - and very Malaysian (?) if I may say so?

My hokkien is not too bad - even today. But you cannot lose a language, it just gets rusty, that's all.

Do write down the stories of your childhood - it sounds fascinating. Perhaps those of us who revel in our childhood past could/should get together and document those days and times.

Once again, thank you