Two days ago, on our way to the Departure Channel at Heathrow Airport, a big glass Charity Bowl caught our eye. This time it was in aid of 'Help for Heroes'. Instinctively I reached for my camera but the spouse cautioned me and said, "Don't ask for trouble."

Today I checked on the internet . 'Help for Heroes' is a UK Charity founded in 2007 by Bryn Parry a former member of the Royal Green Jackets to raise "money to support members of the Armed Forces who have been wounded in the service of their country". It has a high number of high profile trustees and patrons and has the support of the Army Benevolent Fund and the Ministry of Defence. By February 2010 the Charity had raised 40 million pounds.

It sounds such a solid cause and is not short of volunteers willing to donate and run charity drives, auctions, sales of films and cds and various other activitiies to boost the Fund.

One example of this generosity is the sale of the CD 'Harp for Heroes'. 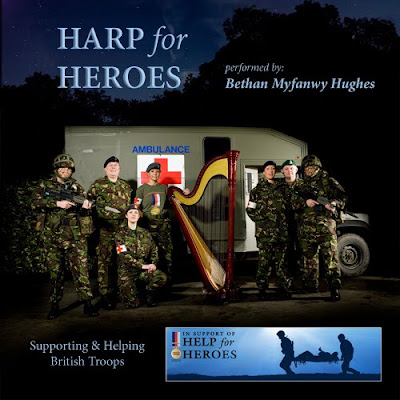 The information on the website says "To the brave men and women fighting for freedom all around the world. A heartfelt 'THANK YOU' to each and every one of you for your courage, dedication and strength. You have placed your lives on the line to keep not just Britain safe, but to give other countries the right to the same freedom ".

However heart-wrenching that blurb sounds, I find it quite impossible to accept the maiming and slaughter in Iraq and Afghanistan as a gift of freedom from an invader country like UK. It's like trying to square a circle and quite contemptuous of the Iraqis and Afghanis. Remember that old saying? One man's meat is another man's poison.

If I am English and have had members of my family wounded or killed in this War in the Middle East, I would find it upsetting to see this 'Help for Heroes" charity bowl almost half-filled with spare coins and change from travellers on their journey overseas via Heathrow. It's like the beggars at Leicester City Centre's underpass who plead for "Any spare change, mate?"

On Saturday afternoon we were on transit to KL at Changi Airport's Terminal 2. It's a very impressive terminal, like most modern airports. I found myself with time to kill. So I decided to take a walk and snap a couple of photographs ( after I was thwarted at Heathrow).

It was great fun because I came across two unusual uses of familiar words.
Firstly, I learned as seen from these two images 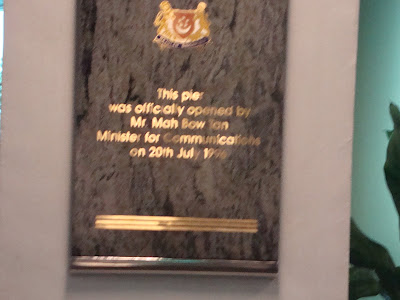 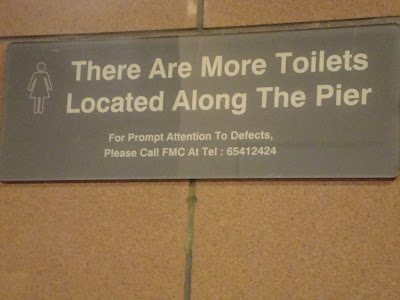 that this air Terminal is a 'Pier'. However, for any red-blooded kampung boy a toilet at a pier has a very different cache!

I know I'm being a cranky schoolmarm but I hate the tampering of words just for the sake of sounding clever and cool.

The notice on this door is quite funny because it shows 'Clever-Boots' Singapore can also make boo boos. 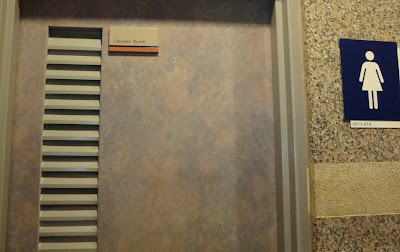 The notice reads 'Cleaner Room'. I apologise for the dreadul photographs.


I'm absolutely knackered. But it's good to return home to where 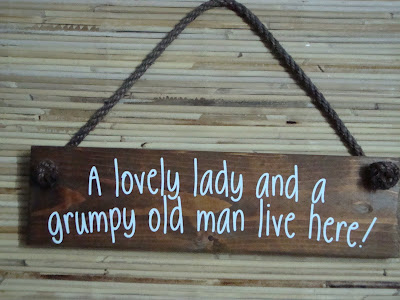 Welcome Home! When you are over your jet lag our feisty Datin Mamasita and Puteri hopefully will organize something. But both are busy right now, one with the upcoming wedding reception the other with Umrah trip. So we will have to wait, can't have anything without them both.
In the meantime rest and enjoy One or whatever Malaysia

Sing-jia-por needs a schoolmarm like you to teach them Engrish, seriously.

Thank you Wan Sharif,
I also have other names for the grumpy old man. But I won't tell you his nicknames for me.

Dear NanaDJ,
It would be fun to meet with the GOWs again. But we have all the time to wait until our other commitments are dealt with.
I intend to enjoy (eating) may way through Malaysia.

Don't be like that one lah. I or-leady teach Inggrish in Singjiapor many years ago.
Bo-cap lah if cannot speak and lite Inglish like ang mo kwai but must not look down on other countree's English in SE Asia.
This world ah, too many siau lang except for you and I.
'And the rain in Spain falls mainly on the plain.' Practice that till the cows come home ha ha ha !