The Saga of Meena and MacTavish (CsH) - the next episode 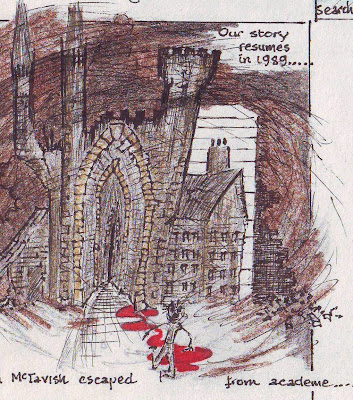 This picture can be subjected to several Postmodernist interpretations, but it is historically too complex and elusive. M and M prefer the plebeian's take of Academe not as the fount of Knowledge but a gaol, a quod, the clink, the tronk, the cooler, a booby hatch, a cage, a coop and so on. Thank you Mr Roget for these Other versions.
Also the red colour does not signify violence or pain. It's an indication of a more colourful life ahead, not just in black and white. Is this a Binary Opposition? No, it's the hoipolloi's version of choice 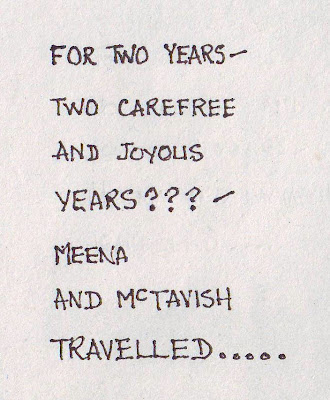 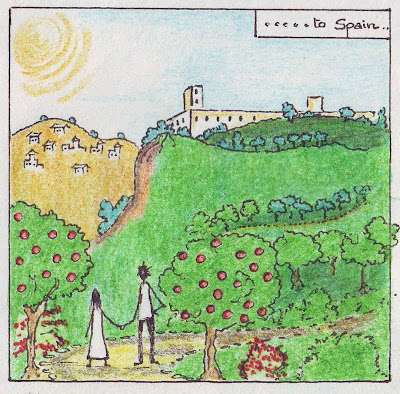 Meena did want to dip her toes into the waters of Torremolinos where all the best Brits go - to savour sunny, sandy Spain and enjoy typical English breakfasts (sans bacon and sausage of course) in the best Spanish restaurants. But for our two intrepid travellers, Granada beckoned. It deconstructed their pictures of Islamic history (or herstory?) and they went back again and again to Granada, not herstory. 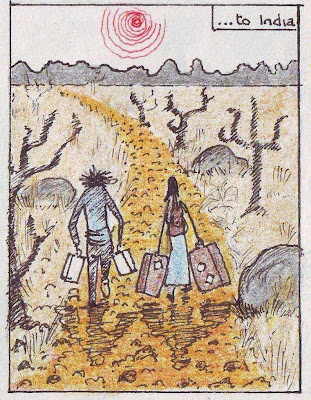 Please note the above picture may cause distress to feminists worldwide. However the Other that is Meena is merely optimizing her natural talents - of indicating her superiority in more ways than one. She's probably thinking that men are wimps - nothing negative at all! Surely all feminists can sympathize with that.
Actually I have been told by reliable sources that M and M do not believe in cumbersome luggage. MacTavish's is usually heavier because of his collection of pebbles, fossils and all sorts of sticks and stones that he picks up along the way. So there's no need for Postmodern Deconstruction here - just grave reconstruction of his Postacademic pursuits! 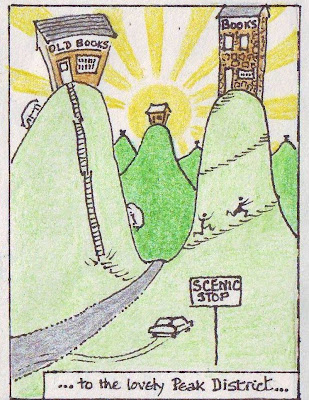 They are at their best here - scrambling for books.


I do try to make my postings a bit more cerebral - hence all these Derrida-en analysis ha ha! I shall stick to Meena and MacTavish's rules of keeping away from pretentious rhetoric.
The next episode will be less trying. 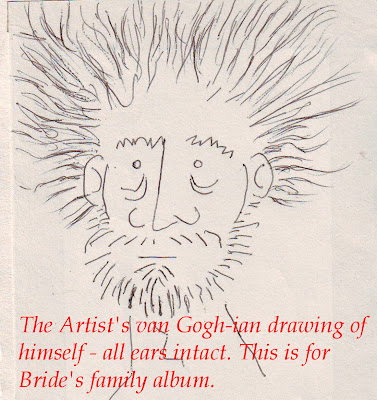 i simply love the drawings.

Darby - I want the originals AND copyright to this love(ly) picturous story. It's MINE, MINE, MINE, MINE AND MINE ALONE - no sharing.
Hello dearest Joan, bek hug,
Thank you & luv,
bekoo

starting to get addicted to ur comic.. and seriously, the drawings are very nice.. haha

can't wait 4 the next episode..

have been reading your blog and note that you taught at yusof ishak secondary school and in brunei. wonder whether you know a certain "abdul karim bin bagoo"?

anonymous Oct 2,
Thank you for your visit. As to your query I'm afraid I can't be of any help.