Sixty-one years ago in 1957 - I remember this significant  occasion, not only for my Tanah Air but  for my family's  history as well.  It is all the more poignant because I recall the dreams, hopes and fears of my then 47 year old Abah.  I am now twenty seven years older than he was then. I have carried with me his very same dreams and hopes and fears.


On Saturday, August 31st 1957 in our kampung house at 691, Pasir Panjang Road, between 8-9 am , we were all sitting, listening to the radio, waiting for the Proclamation of Independence.

When Malaya's flag was raised,  I saw my father's tears for the second time (and the last).  He cried he said, because he was happy that his Tanah Air was free.  But his tears were also tears of fears for his people - and for him, for that generation, that meant the Malays.  He lived through life under the British Tuan,  pitted all his energy for survival for his and the extended family in Kuala Kubu Baru during the Japanese Occupation, only to narrowly escape execution by a vengeful MPAJA-cum-Malayan Communist Party after the Second World War.

The Malayan Union of 1946 was  galling to him and he decided to set up UMNO in our kampung and others in Pasir Panjang because he realised the Malays have to organise if they want to keep their identity and their Motherland.

He was witness too, to his 'boys'  who were in the British Army, when they were injured and killed fighting the insurrection by the MCP.

He  grew up in Setapak, an old boy of Victoria Institution - and I reckoned he came face to face with the  plight of the Malays who came from various kampungs in the Malay Peninsula when he was in the British Army.  And he did not like what he saw.

He invested a lot in his children's education because he knew it was the only way the Malay could restore his rights and his dignity.  To his students in The School of Health, he tried to instil in them the importance of knowledge and learning for them and their family.

Sixty years after Merdeka, the Malays are better educated, both religious and  secular..  They are very much better off  in the rural areas, but especially those in the urban centres.  They can afford their own cars.... 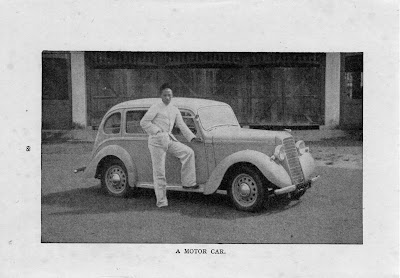 
Travelling by plane for their Hajj and Umrah and overseas holidays is a common affair.

They can be found running the Banks and big Corporations, joining the ranks of tycoons and compradores of business.

If  Abah was here today and looked at the way the Malays have torn themselves apart and conveniently forgotten the sacrifices and lessons from the past, he would not cry.

He will just turn his back in disgust.

The above excerpts were taken from - 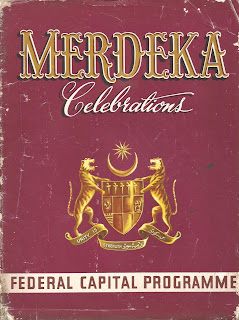