On Ogy and the AG.


Especially in Malaysia where race- based politics are the norm ......

....... outbursts from celebrities such as the lady below only tend to generate more heat than light in the present political climate in this toxic nation.

There's no business like show business!  But there is a pepatah Melayu  which cautions Malays (and Others) that "Kerana pulut, santan binasa, kerana mulut ........"  especially when referring to bangsa, and bahasa; to apportioning such derisions as "buat malu", "a lot of uncivilised people", "purely disgusting" to a particular community.

There is no doubt that their expression of frustration and anger is no different from this .... of Bersih 5 and all the other Bersih Campaigns  .....


Perhaps it will be fitting to apply this window from our Celebrity's eruption to the second and third images albeit with a few adjustments. 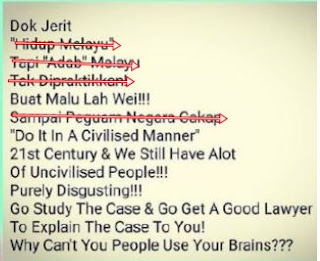 We can manufacture and use all sorts of excuses and rationales to justify our anger and disgust (apologies for using that word again).

Here are several reasons  why those biadap and 'uncivilised' Melayu did what they did yesterday.

Ash will spare you the lecture. Pictures are worth a thousand words.

2.  A celebration of Bahasa Kebangsaan by Malaysians in Kedah. 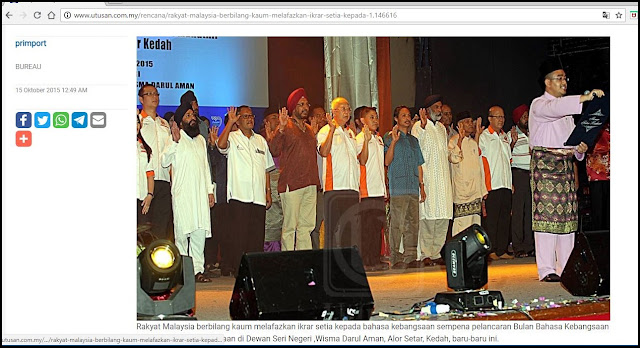 3.  From the very early days of Imperialism and the arrival of the Immigrants, Malay was the lingua franca - it was put to use in communicating vested interests - so that business and profit can be expedited.  Even the Mat Salleh had to resort to Bahasa  Melayu and in Jawi too! 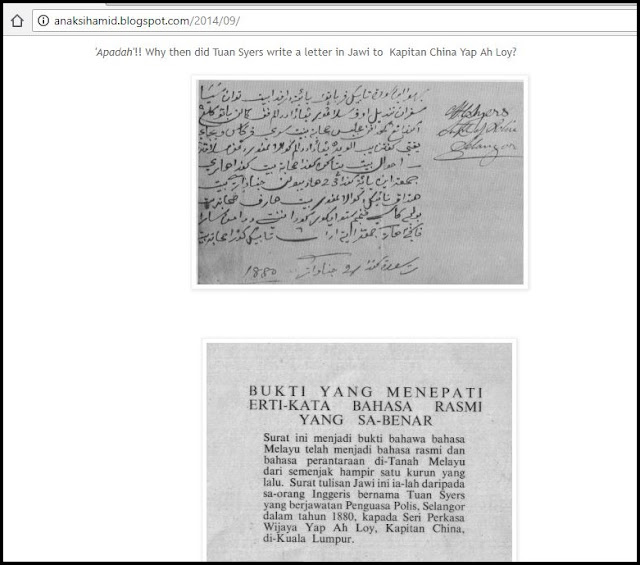 4.  When the new principal legal adviser to the Government, to the Yang di-Pertuan Agong and to the Cabinet - chosen by the PM of Malaysia Baru - decided to speak in English during yesterday's Press Conference, is it any surprise  that 'patriotic' orang Melayu would take umbrage and tell him to do a proper job - in the National Language.  He cannot describe their reaction as 'uncivilised'.  Any other red-blooded non-Malay (and also some Malay) Malaysian, who regard themselves as Anak/Bangsa Malaysia should feel the same about their Bahasa Kebangsaan.

If a top ranking legal officer in India for instance prefers to speak in English he would be hauled over the coals.  In India the use of English for official purpose ceased 15 years after Independence in 1947.  'Tommy' (how The Star affectionately refers to him) , as an "anak Malaysia"  has had nearly 60 years to maintain his fluency in his Bahasa Kebangsaan.  And when he was interviewed about his appointment, he commented : 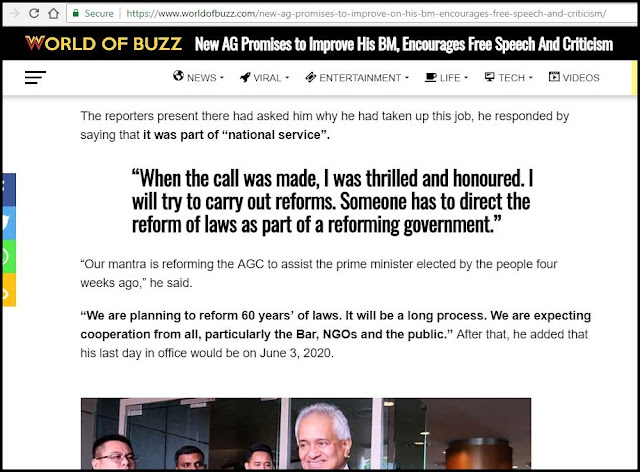 
5.  Still, he admits he has to brush up his Bahasa Kebangsaan.  Isn't it time he shows his commitment to his job requirement (in using the National Language) just as he is convinced that prayers and God elevated him to the rank of Malaysia's Peguam Negara. 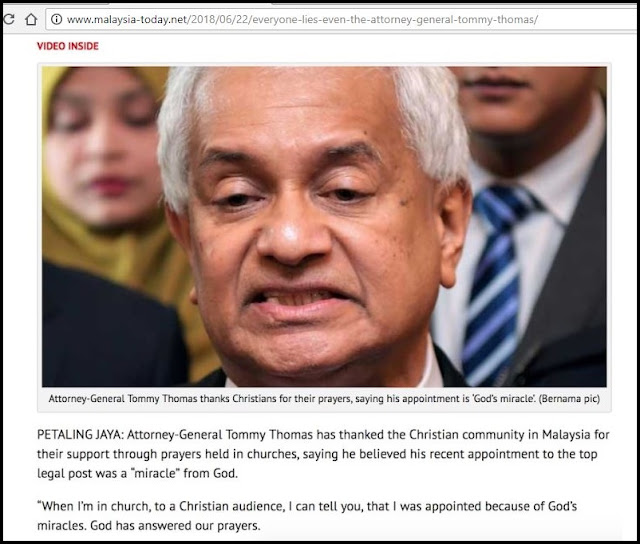 I suppose BN hit the dust because they did not pray hard enough and their God abandoned them!!    Then, which religion and which God fostered the victory of the Alliance of Hope.  Dear God, what a burden we place upon you. Was it really you or the Politically Omnipotent Men with their Grand Design of Resurrection?

Finally, back to Darshan Singh:

And a big thank you to P.Ramlee - the Eminent Person we never had!