My brother is now a septuagenarian. Cheers mate!


Every time I reminded my brother Mus about how he intends to celebrate his 7th decade he would reply - with a cheeky glint in his eye - I'm 69, you have to wait till December.

Okay - it's just two more days to your big decade and I am throwing the book at you!


Now that beret is replicated in this .. 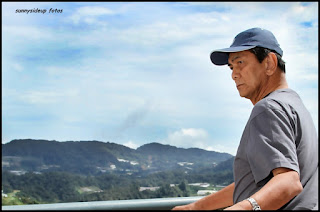 3.  How did he manage the strength to carry all that paraphernalia in his 60s? 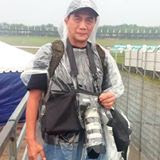 His training began at a very early age - hugging a broom.

4. During his early years he had a dream of being a great hunter.


But it was not to be.  All little hunters have to go to school, get a solid education, hang on to a steady job, 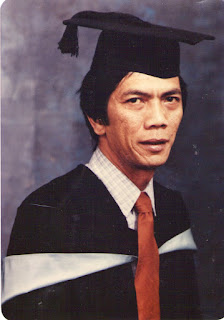 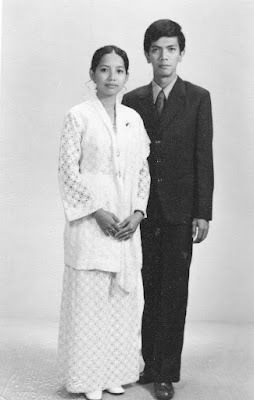 
5.  But he has always been a rebel and cocked many a snoot at the tyranny of authority in any shape or form.  Ask him about his exploits at Pulau Merlimau Primary School.

This family trait of sticking up for justice and dignity, and getting punished as a result, had its antecedents when he was just knee high to a grasshopper.


6.  But don't ask me what this picture is supposed to prophesy.
Maybe it has to do with helping his grandson to deal with a drink. 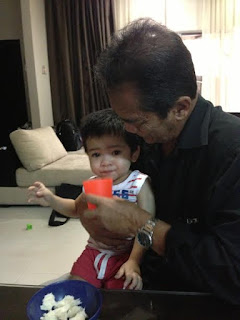 But there's a degree of similarity in their facial expression when dealing with beverages.

7.  I do not know how he manages to keep looking young for a septuagenarian - still has lots of thatch on his head, still walks with a strong, steady stride, still curses and swears at stupid drivers in Malay, English, Hokkien, Cantonese, Punjabi, Tamil and even in French and German!
Ahem!  Nudge, nudge, wink, wink.  I choose  this theme song to celebrate  his teen years and his dynamite youth.


8.  I understand he's spending his birthday at Sepang with his son.  His (and Shah's) passion for cars are in his genes, from our Abah.  In his life, Abah had about 6-7 cars, not at the same time.

We won't burn our lips but we'll always love and remember you.
Posted by anak si-hamid at Friday, December 02, 2016

Many happy returns to your brother. May Allah Subhanahu Wata'ala grant him many more years of health and wisdom in His obedience and servitude.

I have a question. You mentioned in an earlier post that you got Malaysian citizenship. May I know what the process is? My father was born in Melaka. He came to Singapore in the 60s to become a teacher and which was where I was born. If there is any chance that I am eligible for Malaysian citizenship through descent from my father, I would very much like to try.

All my love.
Mus

It's always heartwarming to read your stories through and through especially when you talk about your family and the time you spent growing up in SG.

I happen to be a member of this Facebook group called 'Sepanjang Jalan Kenangan' (https://www.facebook.com/groups/geylangserai/). I am not sure if you can view it here as it is a closed group. Originally a group for Geylang Serai-ans, it's become a platform where memories are shared and reminisced. I myself am not from SG but I enjoy reading history and I always find stories of Malays in SG captivating.

I am not sure if you (or Iain) are on Facebook but the Admin would like to invite you to join us there. Your presence will certainly be big plus to the group members now numbering around 115. It will be a great alternative platform to blogging. You can also invite and add your friends to the group so they will keep abreast too.

In the meantime, I am sharing your old posts (debuting with your "my first scan" post from 2008) and I hope you wouldn't mind. Will share 1-2 of your past posts that's relevant to the group daily.

May I also request that this comment not be published. If you wish to respond I can be reached via email at harmdone7@yahoo.com.

All the best and have a nice day Ma'am!

Hope all is well up there in England.