" The Days Are Just Packed "

For the past week I've been caught up in a debate on the internet about guess what ? Is it the Nato bombing of Libya or the Flotilla's plight in trying to deliver aid to Gaza?  No!

It's all about women and sex.  Guess which country and which religion?  But of course it had to be Malaysia and Islam - about the promises of great sex and obedience  in the Obedient Wives Club (OWC).   The news got to my attention via a round-robin e-mail  from  Australia.  Oh no, not again - Islam and Muslim women are once again turned into the laughing stock of the world's media.

Enough has been written in Malaysia and abroad about this issue. I can only add a despairing note.  After over 50 years of Independence and open opportunities for education, employment  and economic progress some Muslim women are happy to roll over and submit themselves to the  duties of obediently satisfying the sexual  wishes of their husbands so that they won't go a-wandering!

I think my illiterate grandmother and others of her generation had more sense and dignity in keeping a marriage partnership afloat whether on calm or stormy waters.  I find it hard to understand how the brains of such modern women that created the OWC could succumb to pressure from the men AND the other women too.

But my debate has more to do with a cocky, self-righteous comment by ( I can only guess from the e-mail address and the name) a Muslim lady from Singapore  which said  "Tell our men to move to Malaysia Boleh" ...... which is claimed to be funny ha ha!

According to Calvin and Hobbes, my two favourite philosophers, in 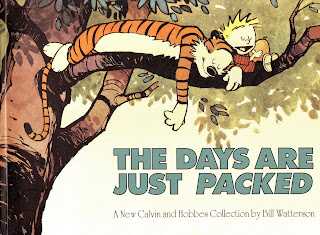 [The key word here is 'wilful' - which means "intentional, deliberate, due to perversity or self-will, for which compulsion or ignorance or accident cannot be pleaded as an excuse".  OED]

In my next posting I shall write about how to avoid stupid self-interest and remain contented  or the ASSIARC  Club.

For starters, here's another Ladies Club - set up in July 2010 in Singapore Eh-Sai.

Is SS Steam Ship or Stupid Self-centred or ASSx2?