A Carload of Crackers

New Zealand is a beautiful country with a population of just 4 million people and 40 million sheep (2006). 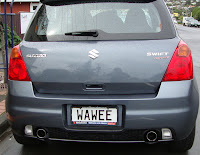 But I must confess, something else other than the landscape, caught my

Most of the time, it was very, very, 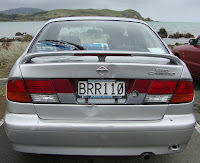 because of the storms and fierce winds at this time of the Spring Equinox.

However we managed to put in a bit of walking especially at Rotorua. Fortunately 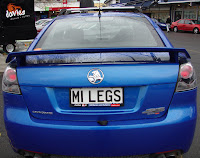 did not suffer too much from the physical exertion. 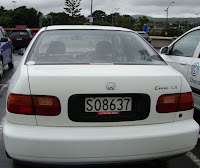 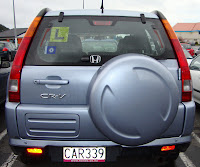 for the duration of our holiday.

We are very stick-in-the-mud and averse to driving an automatic car. 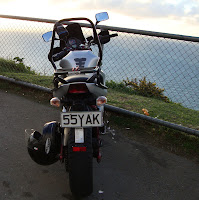 But these two intrepid pensioners managed to make it up hills and mountains, along unsurfaced roads and cute little town roads without requiring the services of either the dent man 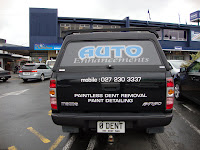 This was what the car and Lely looked like at the start. 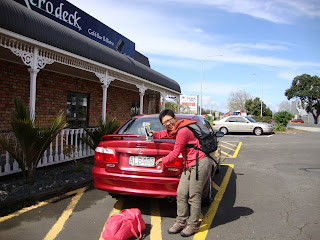 By the time we got to Cape Palliser both of them became unrecognisable. As for the absence of Lely in the following picture, we had decided to lose her in the hills of Maungakotukutuku. 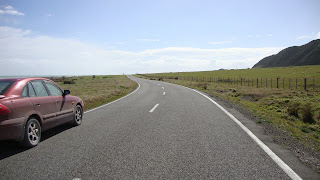 Most of the time, we did our own cooking and the spouse had to admit that 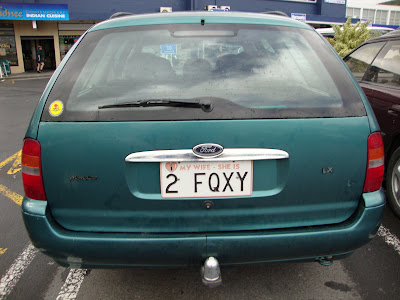 because, together with the help of our general factotum, he enjoyed great meals sans spices and other hot condiments. That was his reward for doing the driving. 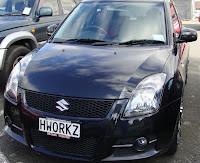 on bees and their culpability in producing potential weapons for terrorists. 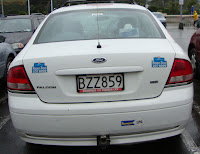 I used to see in Leicester quite a number of people willing to part with quite a bit of money for these special number plates. You know about fools and their money? Well they can also be found next door to down-under.

I shall bid good-night to all with a joyous

See you soon in a tick and/or a

As Keledek would say, "aiya don't like that one lah."

don't know about you.. but it would be a strain for me to take photo of those can plate numbers.. and to sit down coining words to make a good story.. a compliment lah tu.. only I don't go clapping..
have a good day

I must say I enjoyed taking the photos and had a lot of fun in piecing together a narrative.

I guess I'm just a litle bit mad and weird.

Imagine the plate number of the Chairman of a sewerage company,

Oh yes, there's loads and loads of Crap out there !

ph.... better to have the craps outside then to keep them inside....

How does a Shanghaian swear when he's angry !!