Vignettes of The Other Terrorism 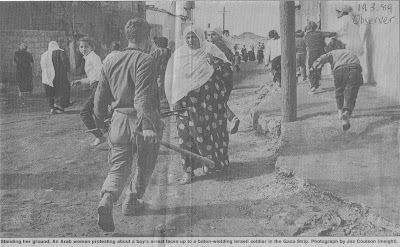 Standing her ground: An Arab woman protesting about a boy's arrest faces up to a baton-wielding Israeli soldier in the Gaza Strip. Photograph by Jez Coulson (Insight). -1989.

HEALTH WARNING: This posting may distress Zionists, crypto-Zionists and Friends of Israel.
I am also heedful of this cautionary line from the Guardian.

During the late 1980s, through to the 90s and the turn of the century - as I was settling down to married life in England - it was not to a routine of 'tea and crumpets', shopping at Marks and Spencers, collecting Queen Anne glass and silver plated ornaments, waiting for post Christmas sales or sorties to Paris and Rome.

I found myself tied up with taking cuttings from broadsheet papers like the Observer (a Sunday paper), The Guardian, The Times, the Financial Times and also picking up the tabloid Sun that people left behind on buses and trains. In those days the BBC, ITV and Channel 4 produced some wonderful, powerful documentaries and I would break out into indignant expostulations about some of their rubbishy and biased comments on Islam and other cultures. I would be taking notes on pieces of scrap paper whenever I came across little gems - like when Channel 4's Dispatches programme on 11 March 1988 revealed that US aid to Israel amounted to US$1,500 per head while US$3 per head is good enough for Ethiopians.

By 40 one should stop having to 'grow up'. It's a time to mellow into a cosy middle age. But thanks to this stint of my life in 'the belly of the whale' that is England, I 'blossomed' intellectually, had the scales removed from my eyes and gathered the kindlings for the 'fire in my belly'. My father had lit the fire and Keith (my late father-in-law) and his son fanned the flames.

A couple of days ago, I found this collection of my cuttings which had moved house twice in Leicester and finally crossing over 6000 miles of ocean to Kuala Lumpur.

You see, what is happening in Palestine, Gaza and the Middle East did not begin with September 11, 2001. Terrorism is not a Muslim invention. In fact the so-called War on Terror is just old wine (the Crusades) in a new bottle. Richard Ingram, from the Observer was brave enough to make this statement after September 11.

I was in my backyard bringing in the washing when my neighbour Ola, looking upset said, "Did you hear what happened to the Twin Towers in New York?" I knew of it from the radio news. I simply commented, "What did the Americans expect?" and she looked aghast and walked back into her house. So I was quite happy when I found someone with more credibility than me expressing the same opinion.

A few days later at Asda Supermarket they had set up a Book of Condolences for the victims of September 11!! I looked at the book, read the usual notes of angst and pain for America's tragedy. Then I looked around, made sure no one was waiting behind me to make a contribution and I wrote in that book "What about remembering the victims in Palestine and the tens of thousands of children killed by American/Western sanctions against Iraq?". We did our shopping and on our way out, we noticed The Book had been removed! I felt I was on Cloud Number Nine.

Anyway here are my vignettes from the past. Wordsworth wrote 'The child is father of the man'. And the terrors of today are born of the past except there is no ending. Red is the colour of all the blood shed, but the bleeding and the tears and torment are suffered mainly by those in the Middle East.

LITTLE NOTES ON THE DEATHS OF LITTLE (literally and metaphorically) PEOPLE 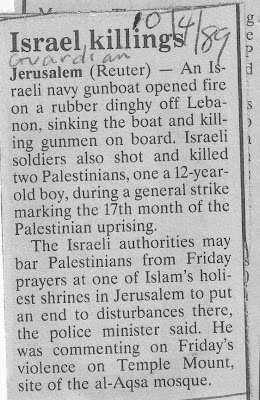 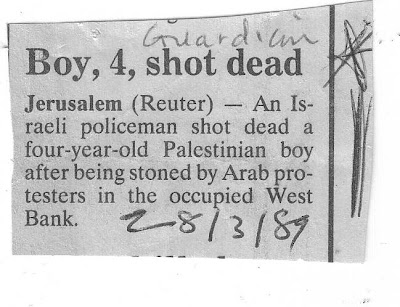 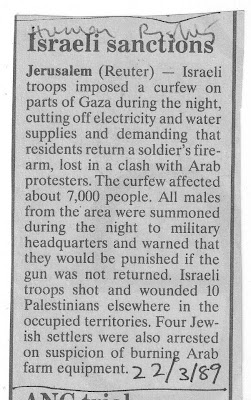 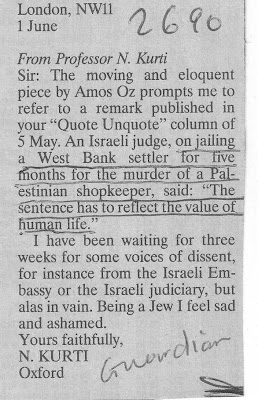 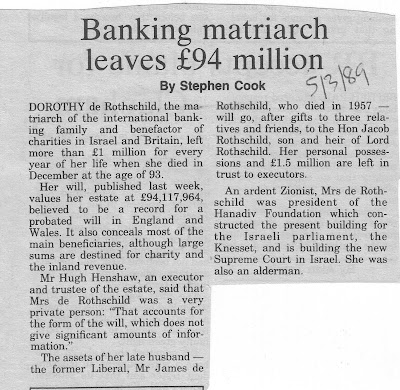 OF TERRORISTS AND TERRORISM

"What about remembering the victims in Palestine and the tens of thousands of children killed by American/Western sanctions against Iraq?".
Maybe we should start something about this.. Put up in our blog header or something..
Any NGO, political bodied to take up the cause?.

Thank you Wan Sharif,
Since that time (2001) after the First Gulf War, there have been the Second Gulf War of 2003, the Invasion of Gaza in 2008, the War in Afghanistan still raging .... so who's counting?
They only make a fuss when Israelis and Americans and Britons get killed.

salaam'alaikum
dear 'anak si hamid', your diligence in collecting the bits and pieces of such an easily ignored issue is highly admirable. I wish I could be as attentive as you. it puts a lot of us to shame, really. it's as if the world is sleeping, and the rare few like you are busy keeping count of the atrocities against 'little people' that have built up over the decades. and simply because: no one else cares.

i truly appreciate your boldness in speaking out, truly an inspiration to the young 'uns (like me).

thanks, and God bless.

Thank you Noreen for a very kind and touching comment.
There is hope for the 'little' people for as long as there are thinking and caring young ones like you.
Salam from the old lady.