The Aces in the Pack

" CRY, 'HAVOC' AND LET SLIP THE DOGS OF WAR."
from Shakespeare's Julius Caesar 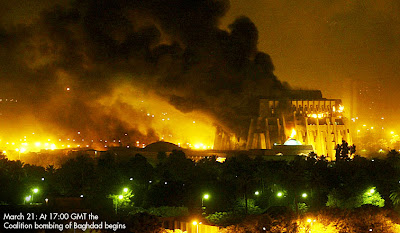 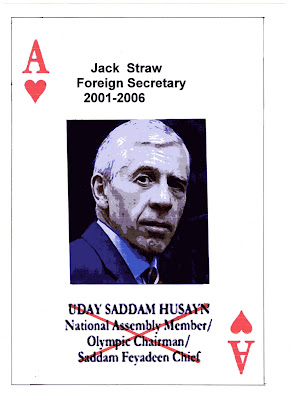 Jack Straw is a survivor. He has served under both Tony Blair and Gordon Brown as a member of the Cabinet. When the Chilcot Inquiry on 21 January asked him about the 45 minutes claim in the Iraqi weapons dossier Straw replied, "It was an error that has haunted us ever since ... intelligence alone was never the basis for my judgement about the nature of the threat Iraq posed."
Jack Straw is also credited with making statements of strong disapproval about Muslim women from his constituency who wear the veil. He caused quite a brouhaha even before President Sarkozy got on to the game. He's quite a trail blazer, our Jack. 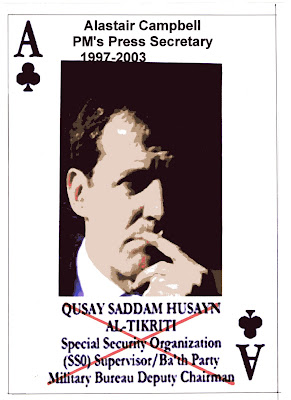 Alastair Campbell is a media man often described as Blair's bagman who held the post of Director of Communication and Strategy (Spin Meister to you and I) during Blair's premiership. In his testimony to the Chilcot Inquiry on 12 January he said, " Do I support it, yes. I think Britain, far from beating ourselves up on this, should be really proud of the role we played."
There speaks Blair's rotweiler-cum-Genghis Khan!


THE MESSIAH OF THE IRAQ WAR 2003. AKA George W. Bush's Deputy Dawg 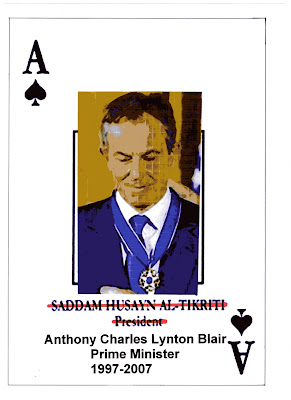 Amongst other things, a sun-tanned Tony Blair told the Chilcot Inquiry on 29 January that :
1. He is "sorry" the war was divisive, but UK's security is better without Saddam. He feels responsible but does not regret removing Saddam.
In other words, the killing of between 100,000 to one million Iraqi civilians, the deaths of 174 British soldiers (June 2008) and 3,858 US military deaths (November 2007) are worth the execution of Saddam.
2. Iran is to blame for undermining post-war Iraq. At present Iran is a pain and a threat to UK, USA and Israel. Wait for future fireworks.
3. He believes "the world is safer as a result" of the Iraq War.

However Blair's performance at the Chilcot Inquiry is best encapsulated in Martin Rowson's cartoon in The Guardian of 1 February. 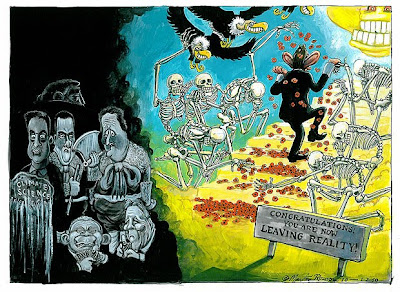 Now that St. Tony has made the world safer, it has enabled him to prosper and to augment his coffers. Since leaving No. 10, his earnings as a public speaker have topped £12 million. If there are any institutions or NGOs in Malaysia who want a second helping of this 'statesman's' words of wisdom, Blair can be contacted at the blue chip Washington Speakers Bureau for a princely sum of £157,000 for a 90-minute speech.

But, as a true-blue, two-toned ex-High Anglican and Catholic, I am sure money is not the only root of his priorities. He must have been quite chuffed to be given the Congressional Medal of Honour by George W. Bush on 13 January 2009. 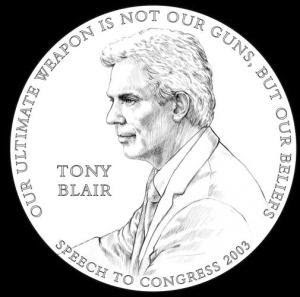 And Bush did not forget to reward his buddy from down-under, the ex-Premier of Australia, John Howard with the same gong.

Some men die in shrapnel,
Some go down in flames.
Most men perish inch by inch,
Playing little games.
(John O' Keeffe 1999)