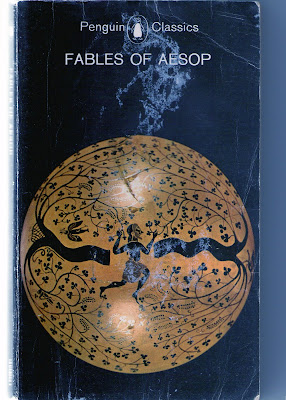 When we were in Primary School Mr Kempson Wong would read us stories from The Roman and Greek Mythologies. My favourite was 'Jason and the Golden Fleece' and I remembered sneaking and standing just by the door of another class to listen once again to Mr. Wong reading the same story. He saw me and I was told, quite gently I thought, to go back to my class.

Aesop's Fables was another interesting source of stories. In my rummage case I found this book which I had bought in 1973 for $3. I would read or rather translate (at Yusof Ishak Secondary School I was made to teach in the Malay Medium - but that's another story) some of these stories to my own class - first thing in the morning - before I started taking the Attendance. Most of them could relate the tale and the moral of the story and some of the bright ones would connect some of them - to my glee - to characters in the school from amongst their peers or their teachers.

Well, I've been reading this book once again at bedtime and like my students at Yusof Ishak SS I was making connections between these fables and our current political environment and personalities. 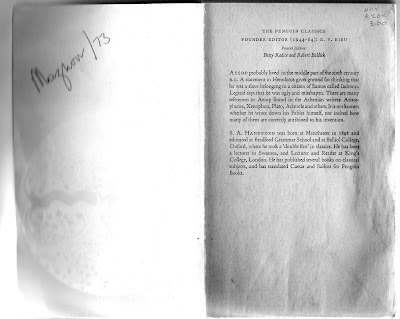 Take this story from the above book: FISHING IN TROUBLED WATERS. (page 212)
" A man was fishing in a river. After stretching his nets right across the stream from one bank to the other, he tied a stone to a cord and beat the water with it to make the startled fish swim into the meshes without looking where they were going. One of the inhabitants of the place saw him and reproached him for muddying their clear drinking water. 'But the stream has to be disturbed like this,' he answered, 'or I must die of hunger.' "
The moral of the story? "It is the same with nations (or vested interests - my words). Agitators succeed best by stirring up strife". 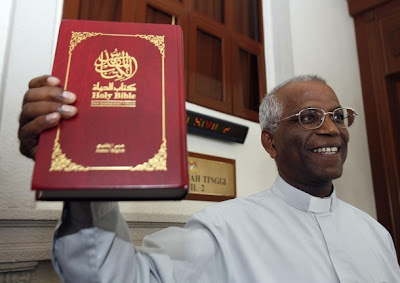 The Triumph of Herald
Posted by anak si-hamid at Thursday, January 21, 2010

I wish I have some of my 'old stuffs'....well I did....until the big flood at Jalan Gurney.

sunnysideup,
Your kids are lucky - for the storage of their 'stuff'. I wished you had kept Shah's stinky duck.