In their War on Terror the authorities have pinpointed the source of the Jihadists-Extremists-Islamists to the madrassas/training camps in Pakistan, Yemen and even in Britain.

There is however this - "US arms manufacturer has agreed to remove coded biblical messages stamped into gun sights used by British, US and New Zealand troops in Afghanistan".
"The markings, which blend into the serial number and other product information stamped into the metal, include JN8:12, an apparent reference to John 8:12. The verse reads: "Then spake Jesus again unto them, saying, I am the light of the world: he that followeth me shall not walk in darkness, but shall have the light of life."

Check out this
I don't know what the fuss and chest-beating is for. These biblical references have been on Western weapons for decades. And besides, throughout the many wars waged by Judaeo-Christian aggressors on infidels or on their own kind, Christianity has been employed for support and succour in the war effort. They provide embedded chaplains who were given Officer rankings and they even bless the weapons of destruction. During the Vietnam War, for instance, the Catholic Cardinal Spellman went to Vietnam - amongst other things - to 'bless' the tanks. 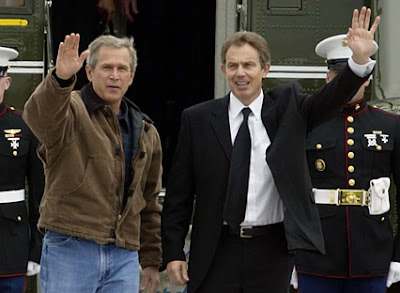 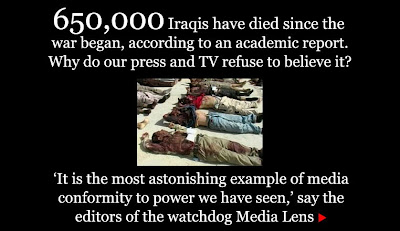 These bad guys can go to hell: they shall "walk in darkness" unlike those who make use of the weapons supplied by the 'devoutly Christian South African' arms manufacturer. Note : they are 'devout', Muslims are 'extremist'. 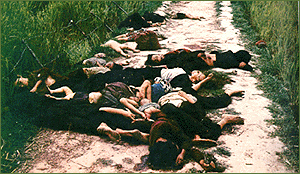 The Mylai Massacre in Vietnam
Posted by anak si-hamid at Friday, January 22, 2010

may the innocent get back their rights..

Thank you Helas.
Sometimes we who are well protected and well-off forget about our fellow humans who are in dire and unjust conditions.
A little wish like yours goes a long way in spreading the need to be aware and kind.
We know we cannot change the discrimination and injustice but knowledge and awareness brings in a little light and insyallah that light will get brighter as it spreads.
You are a small light but an important one.