A History Lesson for Hana 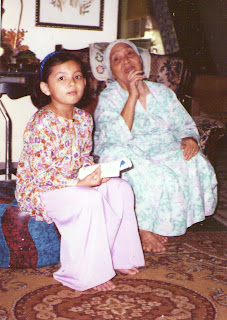 
This is the proud heart-rending song that celebrated the heroism of The Battle of the Alamo. Ma'ngah was also quite taken when I first heard it in the 60s but then in the 1980s I believed that Ronald Reagan was a great President and that the Americans, in trying to 'save' us from Communism in Vietnam had been fighting a clean war against the barbaric Vietcong. Doesn't this sound like the war in Iraq and Afghanistan? When I was in school we read about ancient Greek and Roman myths. My favourite was "Jason and the Golden Fleece" and Horatius a 6th century Roman hero standing alone on a bridge fighting off the Etruscans.

There are, today, many modern myths created about war, genocides, the victims, the heroes and heroines - ultimately the bad guys always come from the non-Causasian, non-Christian stables. Because I was so taken in by the gallantry of David Crockett 'a la John Wayne', William Travis etc etc I was quite shocked to discover that the purveyors of American history have been quite economical with the truth. Richard D. Santos (see the first article below) did not deny the men of the Alamo garrison were heroic (and neither can we because they were heavily outnumbered). We should also regard the Iraqis and Afghanis and Palestinians in the same light but they are the wrong colour and the wrong religion although they are, therefore, the right enemy.
Check these two articles for the myths. You'll find no end of glorious stories of the brave Texans in Google.
1. Read
this
and
this

Sorry to land you with this reading list tho' I know how much work you've got at UM. Also I will give you a test when we get back next week. But also do not worry, ma'ngah's feeling quite fulfilled and satisfied doing this posting.

P.S. Thermopylae (seen in the video) refers to the battle in 450 BC between the Greeks and the Persian Empire. Some historians think this battle between the West as symbolized by Greece and the East as represented in Persia has never ever ended. Also the West preferred to call that part of the world Persia whilst the 'Persians' preferred Iran - just like Mumbai became Bombay and Tumasik became Singapura and then Singapore.
Posted by anak si-hamid at Monday, June 29, 2009

Dear Mak Ngah,
wow, that's a real history lesson :D
which I didn't get in school because it was concentrated to history of SEA and Malaya
Its confusing hehe. Can't wait to see Mak Ngah again =)
I can see the progression of temasik to singapore. its really how the western wants to see it rather than respecting the original name of it.

We don't do much on American history in our schools because of our colonial 'heritage'.
But I think we get a lot of biased and one-sided picture of USA, its history and culture via Hollywood, CNN and the Washington Post for instance. Far too many people are enamoured by the American 'way of life'. I can't blame them - sometimes. It's very seductive and eeaasy.
See you soon