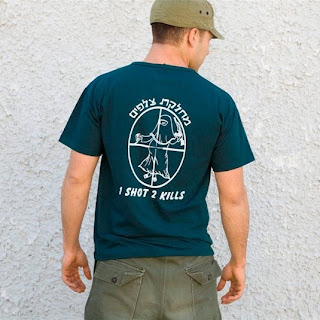 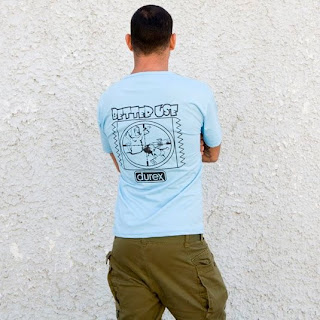 
You can see more on http://news.sky.com/skynews/Home/World-News/Israeli-Army-T-Shirt


However the IDF (Israeli Defence Force) were allowed room for a disclaimer : that the T-shirts were made "as a private initiative of soldiers" (free enterprise should be lauded - my words) and not in "accordance with IDF values and simply tasteless." How many times did Muslims have to apologise and recant for acts of "terrorism" and to no avail?


SO THE ONSLAUGHT ON GAZA IS NOT A HOLY WAR ?

This is from The Independent March 21, 2009 by Donald Macintyre in Jerusalem.
Many Israeli troops had the sense of fighting a "religious war" against Gentiles during the 22-day offensive in Gaza according to a soldier who has highlighted the martial role of military rabbis during the operation.
The soldier testified that the "clear" message of literature distributed to troops by the rabbinate was "We are the Jewish people, we came to this land by a miracle, God brought us back to this land and now we need to fight to expel the Gentiles who are interfering with our conquest of this holy land."

N.B. A Gentile is someone who is not Jewish.

Now think of this scenario. If Muslims respond with equally distasteful T-shirts about Israelis or Jews or Judaism, the world's printed and electronic media would come down on the Muslims and Islam like a ton of bricks. .It's Anti-Semitism!!!! But we shall not do any such puerile acts. We should just look on them with pity for stooping to such craven and contemptible tactics.

AND NOW FOR THE PIECE DE RESISTANCE: 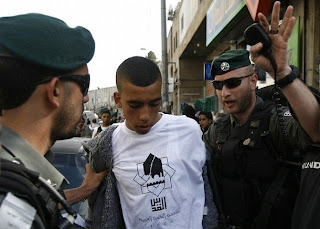 Picture by Courtesy of AFP/Getty Images

An Image of Daud and two Goliaths


This Palestinian youth was 'stopped' by two burly Israeli policeman for wearing a T-shirt to mark Jerusalem's designation as the 2009 "capital of Arab culture" in Jerusalem on March
21. This is what William Shakespeare wrote in "Henry IV, Part 1."


A plague of all cowards, still say I.

With thanks to Imj22

Those pictures just sickens you doesn't it?