A few days ago we witnessed the might and triumph of the magnificent American Avenger - that of the 45th President of the USA Donald Trump.

President Donald Trump then unilaterally attacked Syria with 59 Tomahawk Missiles - effectively dismantling 20% of Syria's airforce - a very "emotional" response by a caring father and grandfather who by the way does not care two hoots about the plight of the fellow citizens of these victims of chemical warfare in Khan Sheikhoun.  After all he  has endorsed a blanket ban on immigration from Iraq, Syria, Libya, Yemen, Sudan, and Iran.   They are all Muslim majority countries and have been and still are victims of American imperialism - especially the first four.


Will the UN and global media ever forget this drama at the UN on 5 April, performed by the American Ambassador to the UN, Nikki Haley? 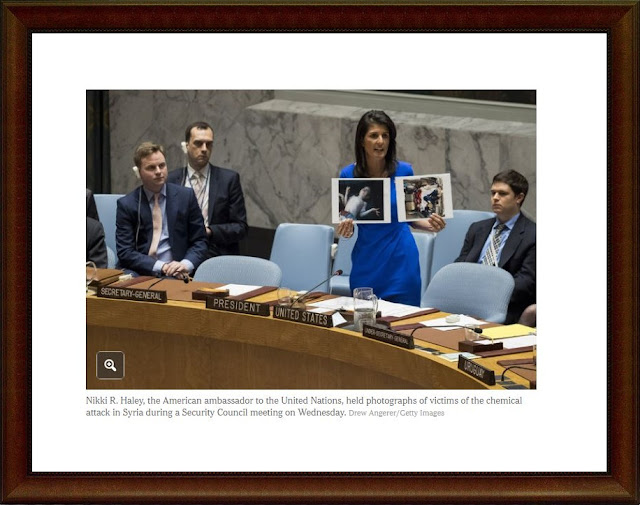 May my 'umble self suggest more images for the Ambassador to parade?  They are all victims of American and Allied bombings, missile strikes and drone attacks - no grief or crocodile tears for them, no hand-wringing cry of "babies, innocent and beautiful babies." 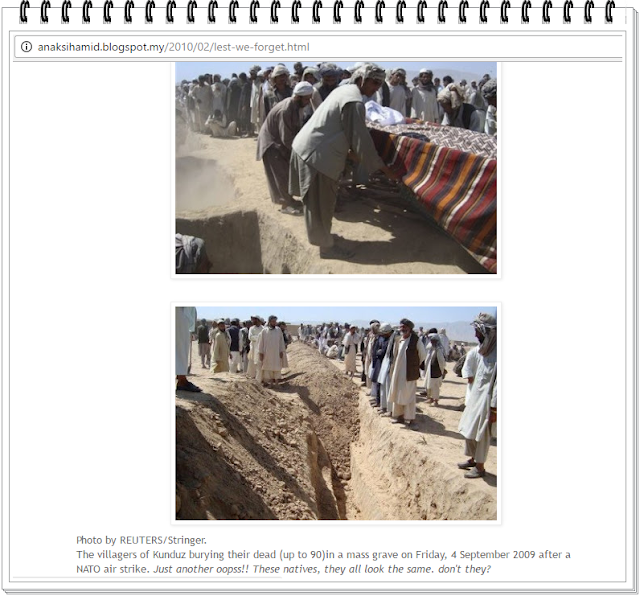 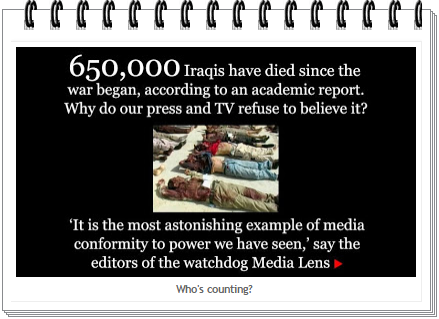 2.  When two American mothers Nikki Haley  and Samantha Power (Samantha Power was Obama's American Ambassador to the UN) stood up in the UN to challenge the 'absence of shame' and the inhumanity of Assad,  we should not forget another American "hand that rocks the cradle" - Madeleine Jana Korbel Albright, President Clinton's US Secretary of State from 1997-2001. 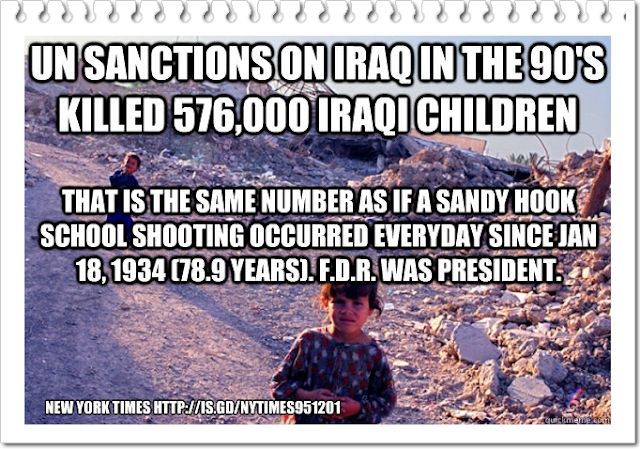 3.  And now, we have this scenario after the 59 Tomahawk (why do they use words from the Native American vocabulary, why not words like 'chainsaw' or 'Lincoln Continental' ?)  missiles that fell on Syria. 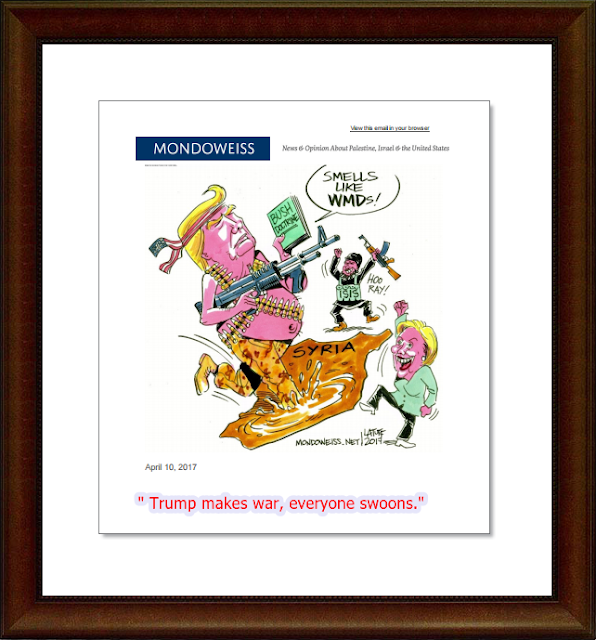 Besides the two swooners above there's the applause from a certain "foreign country" - which itself is responsible for the massacre of countless babies, and which somehow does not get tears or outcry or retribution from the likes of  Donald, Nikki, Theresa and their predecessors. 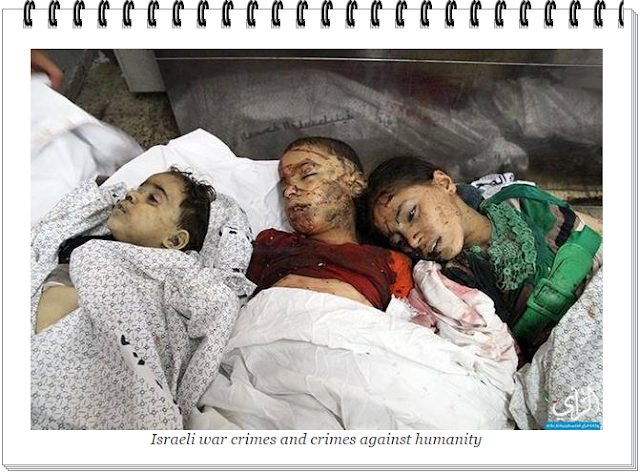 These are just little drops of  dead, innocent Palestinian babies in a huge ocean of  'collateral damage'.   After the last major cleanup of Gaza, groups like Save the Children could not digest the atrocities much more and they came out with this conscience-tickler,  a tad touching but not drastic enough to be accused of anti-Semitism. 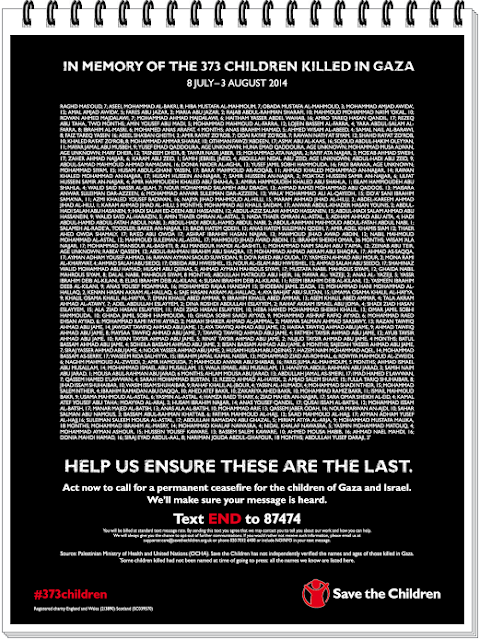 What can we expect after this trumped-up farce?  For them Assad will have to go the way of Saddam Hussein and Gaddafi.  Look forward to another cliff-hanger and a pent-up bloodlust scenario in the White House as seen in the "Let's get rid of that SOB Osama"  movie clip. 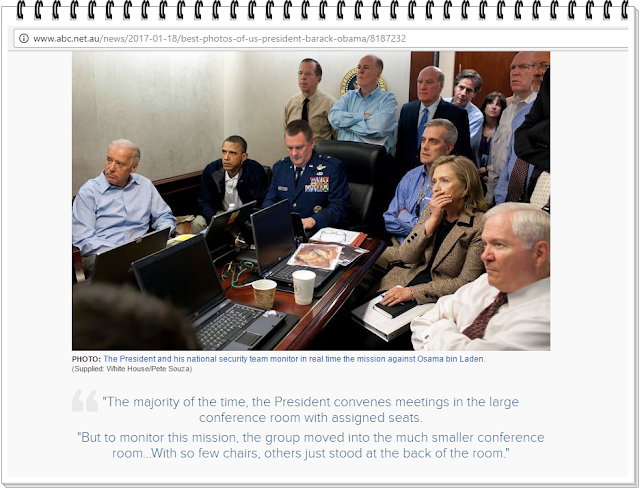 Obama and Clinton have had their satisfaction - next will be Nikki Haley and Donald Trump.