They say you cannot make a silk purse out of sow's ear.

Still, some people - belonging to groups like Agape Community Church - do make it their mission to turn  pork burgers into a very profitable swine enterprise.  TJ and Janice Tee, the parents of Ninja Joe were so successful in their porcine venture that they managed to get their capital back within a year.

How can you lose when a catchy name like Ninja Joe .....


becomes the carrier to transform the pig .... 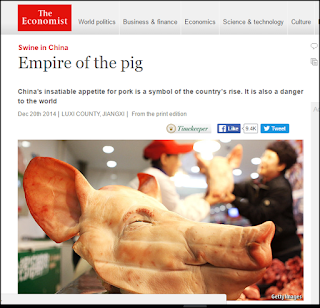 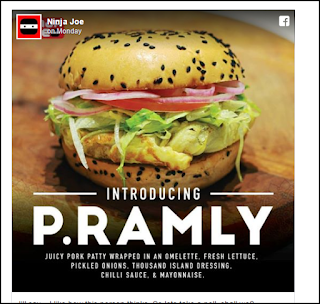 Though , according to the website below - while "pork is becoming a bigger deal in the U.S., its popularity is positively exploding in nations where per capita incomes have surged in recent years,  In both China and Mexico, for instance, pork consumption has grown more than 140 per cent since 1990."

So, the Tees have cottoned on to a win-win market , " to a brilliant idea to sell non-halal burgers in Malaysia!' - although it's nothing like as daring as selling beef burgers in Hindu India!

You have to admire their cheek and guts.  But when you can deploy the name of such a popular halal outlet like 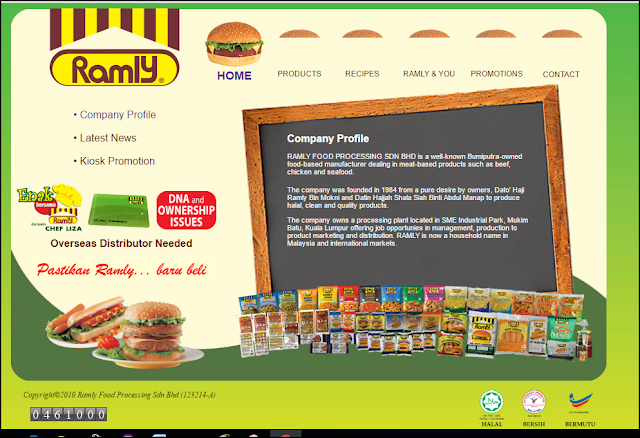 ... and appropriate the name of Malaysia's much-loved cultural icon as the Malay-Muslim  P. Ramlee (just a slight change of spelling but we know who you are referring to) you cannot go wrong.  What a brilliant marketing tactic - to use Malay-Muslim packaging to sell pork products..

But above all else, the Tees have a much bigger agenda, one inspired and aided by ...

Throughout this whole time, we were blanketed with overwhelming calmness that could only be described as supernatural.  Looking back, it was clear that the peace of God was with us on our journey.

"And the peace of God, which transcends all understanding, will guard your hearts and your minds in Christ Jesus. (Philippians 4:7, NIV)

Running a business of this scale didn't come naturally, and every step we took brought us further into uncharted territory.  We didn't have any friends in the industry whom we could call on for advice, but we felt assured knowing that God would lead us according to His Will.

What was God's Will I wonder -  for the food outlet Ninja Joe and its P. Ramly pork burger??

But, listen to this :  Through a series of miraculous events, we were introduced to a Singaporean partner in July this year, and 3 months later opened our first restaurant in Singapore!  Early reception from customers and local media has been positive and we trust that God will pave the way for greater things because he is faithful just as we are faithful to him.

In closing, my favourite Bible verse:

"for I know the plans I have for you," declares the Lord, "plans to prosper you and not to harm you,plans to give you hope and a future." (Jeremiah 29:11, NIV)


Do I think Soros, the Gates, Robert Kuok, and all the other Financial High Flyers  have a line to the same Connections as the Tees?

I'll be telling porkies if I said "yes".

By the way, the Ninja, according to Wiki, is a spy, a covert agent, sabotage infiltrator, assassin in guerilla warfare.

Aww shucks ... must not over react.  We're all Malaysians aren't we? 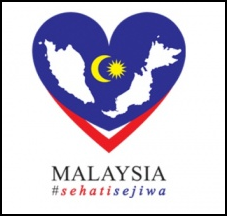 We do not play such nefarious games with our fellow citizens.