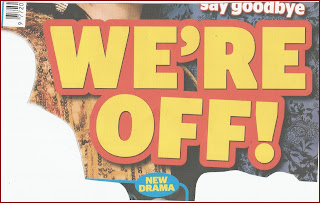 I've been waiting, or rather, yearning, for this day to come.  The Kafkaesque tribulations of dealing with Malaysian bureaucracy has almost wiped me out.  The last drama was with the Ministry of Foreign Affairs on Wednesday.  I put up my hands in despairing surrender and psyched myself into postponing the Great Task to when we get back.

Only the thought of reviving my spirit in the spouse's kampung - in the land of the Kapir -  has kept me on an even keel. There's always Victoria Park in winter -


On Sunday, InsyaAllah, I shall pass through this door .... 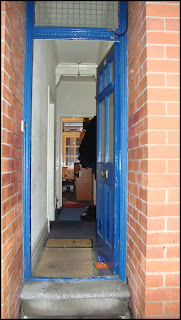 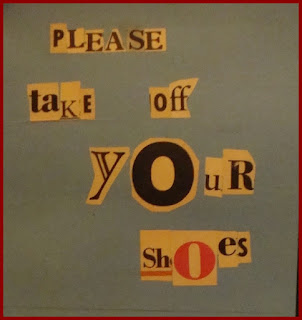 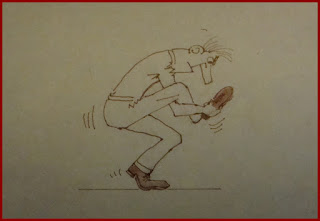 .......... and slip away into peaceful quietude - away from cold-faced bureaucrats and copious copies of documents -  into my hideaway.

Back in Britain, I'm quite used (and quite immune) to the political games, hypocrisy, double standards and duplicity of the British rakyat, the culture and the  system.   However Britain is not  the home of my  Malay being. When the greed for power and dosh becomes rampant and toxic in my Tanah Air , it sticks in my craw and saddens my soul.  When will the Malays ever learn?


What is needed for Malaysia is a battalion of snake-catchers.

Finally here's a little reminder of how (some) Malays have committed body and soul to build a better life for themselves and their children.  No, it was not a nostalgic trip into the past, way back during the   colonial period.  This was 1982.....

.....when the spouse, as part of his fieldwork, visited KESEDAR Paloh Tiga, Gua Musang.

Najib is bodoh alang. He thinks he is a leader when in actual fact he is just a naive pretentious boy. A man's personality never change. As he went up the UMNO ladder he began to think that he is really special.

His naiveness was exploited by the jew Goldman Sach who boosted his ego and made najib forgot his malay kampungs base. The Arabs brought him to a rented yacht and Jho Low stoked his ego and voila the greatest heist of 42 billion was exploited with the help of Ananda Krishnan, Lim Kok Thay, etc.

The naiveness of the kampung Ketua Bahagians who dont understand the enormity of 42 billion still counting his RM5000 monthly income which is not enough to live in KL.

While the country is shocked at 42 billion debt that UMNO has given out to the Jews, the Arabs, Chinese and Indian , the gullible kampungs people talked about MAS stewardess's costumes.

So that is how the gathering of UMNO is viewed as the gathering of poor kampung folks, enthralled with their so called power when in fact, all of Najib henchmen are Christian like Idris Jala who is not even at the gathering but head Pemandu with 22 billion budget and an almost chinese and indians staff.

Talent Corps bring back Chinese and Indians smartest back to fight UMNO government..muahaha so of UMNO Malays.

The UMNO kampung people dont know that Najib and Mahathir their Presidents Khazanah has been giving money to Indian Yepme to the tune of almost half a billion while malay business men talked about 5000 loans muahaha..

The budget of DBKL is an astounding 2.2 billion yet Khazanah budget for Yayasan Hasanah headed by the wife Indian bumiputera Ngalingam is 3 billion!

No UMNO member asked why the Bernas is in the hands of monopolist bengali, why Kuantan Port is in IJM chnese, why Westport in Indian ngalingam.

They laughed and clapped about MAS stewardess dress instead of MAS losses, poor buggers.

The recent UMNO assembly is the final nail in confirming it is a party of malay village idiots.

UMNO is beyond redemption. The Pemuda are all struggling scheming business men looking for projects to give to their Chinese and Indians cronies.

UMNO members were predictably exploited of their natural goodness into believing that there is a political crisis between Najib and Muhyiddin when what is reality is that UMNO have a thief as President who the JEws and Chinese, Christians, Indians are all gleefully rubbing their hands at.

How can Muhyidin accept Najib unless he close one eye to this thievery? All these while UMNO Presidents and MT stole from the Malays and these have emboldened those in the administration to steal more and more. Create more companies so that their salaries cannot be questioned by UMNO members or Parliament. Create Yayasan after Yayasan to do so call CSR. Corporate Social Responsibility for UMNO Governemnt..muahaha.. who is the robber who teach this to Najib?

With the power given by UMNO village idiots expect Idris Jala, Mustapa Mohamed to enrich the Chinese and Indians. Zahid Hamidi to bring in 3 MILLION bangla indians to enrich chinese and indians plantations and restaurants. Khazanah to enrich BAC and other Indians business. Genovasi, AIM,MAGIC etc to enrich chinese entrepreneurs.. Only MARA is for the Malays.

Yet none of these were touch by the assembly. They went back satisfied to their poor existence in their kampungs.

Thank you Just a two cents.

What kind of Me-layu? The kampung Melayu? the suave and well-heeled urban Melayu? the Arabised Melayu? the gullible Melayu? the 'çan't-be-bothered - I'm alright Jack' Melayu?.

You have the 'fire in your belly'. Speak up and speak loud