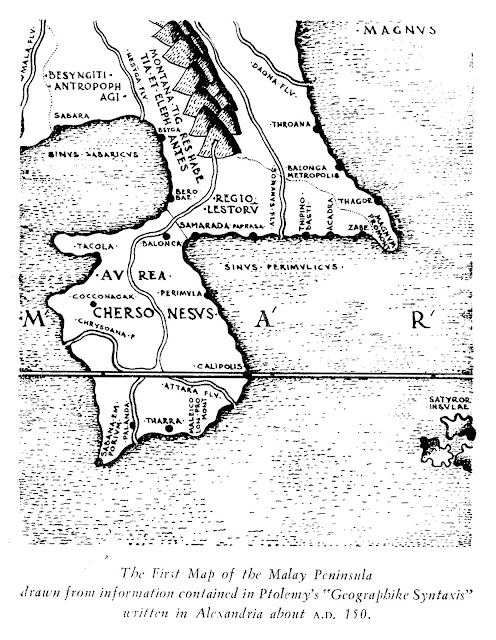 WARNING :  Some parts of this posting is written in Nanyang-style (Nanyang = Overseas Chinese) English/Singlish. Some readers may find the vocabulary, sentence structure and phraseology confusing but most Singaporeans and Malaysians, except for the Westernized and Arabised,  can follow the gist of the article.)

Why the Cina bukit ( a particular species of Nanyang Chinese) act so tua kee  (big shot) one?

After the yellow T-shirt and Red T-shirt game shows - now the desper-rate Ah Kows and Ah Lians must look for Big Brother in Big China for  help.  They used to sakar (flatter)  all those gullible and greedy Malai with so many gimmicks to be their kaki  for Ali Baba consortiums - and get their support for money-making business.

Now I hear about the China Ambassador's walkabout in Petaling Street .  He  say "China is against any form  of extremism, racism or terrorism and will not sit idly or tolerate them."    Oh boy. Malaysia better be careful man.  This is no Ah Beng speaking - he represent the top Big Shot on the Asian Block!  Sure the Tow Kays, Ah Kows and Ah Lians feel very  kambang  now, because they can feel they have bigger clout in MalaikwaiLand.

This will make very good Chinese soap opera - "Flying Dragon and Crouching Lizard".  The Malai can be the lalat.  And there will of course be some privileged and well-connected flies - we will call them "the Lords of the Flies".

But I wonder, what if Malaysian Ambassador in China go to Xinjiang and Tibet and  repeat the same statement??    Wah, he wouldn't dare!    Even though the people of Xinjiang and Tibet are not so free and not so rich as the lucky Chinese in Malaysia.

Hong Kong, at least, got real problems in that department:.

So come on, Malaysia.      Dead or living, where there's opportunity (loads of it in Malaysia), there's got to be money.

So let's think about it.   If we follow the logic of the scenario, we may have to resort to the tactics of yore.

1. The bunga mas was presented by the Sultans of Malacca to the Emperor of China every year  as a token of vassalage to the Middle Kingdom.  Today, the price of gold is not too steady and petroleum and natural gas is not too exciting - so maybe Malaysia could sell the latter (with the connivance of the Lords of the Flies) at a very discounted price (as they say, 'we all kam cheng  (kawan) lah' ).

Furthermore, what else can we sell at a discount?  Land for polluting industries, for property developers and facilities for entrepreneurs in the tourism industry who can then  market our Malay culture, our beaches, offshore islands and hilltop resorts for cheap tourism and plenty of gambling. Nothing new?    Well think of the huge huge market up there!   Especially for the gambling!

To hell with the wildlife, the Orang Asli and the fishermen!!

2.  To foster the relationship between  the Malacca Sultanate and China, Princess Hang Li Po was given away as a bride for Sultan Mansur Shah.  In our modern setting, perhaps a grand marriage between a celebrity in China (maybe a tycoon or a pop star - there are no more princesses in modern China) and Royalty or top Celebrity in Malaysia might cement much goodwill??

Writing about democracy in America, Alexis de Tocqueville ( 1805-1859) wrote : We get the government we deserve.

Here's my variation on the above quote,

Poor, dear Tanah Air Ku - You don't deserve the government or the people you've got.