Kudos and Brickbats and Pontianak

KUDOS to Malaysia for taking immediate action against the  European showoffs  (even if it's only 4 out of 10) for their blatant display of arrogance and contempt for local beliefs and culture on Mount Kinabalu, Sabah. 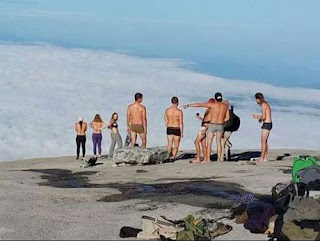 I wonder - what if some Malaysians  (male and female) peeled off their clothes and urinated  at .....

It seemed that Ms Eleanor Hawkins, aged 23,  a graduate in aeronautical engineering,  was quite 'upset' and 'distressed' , according to her father.  Being arrested is 'not a situation she's been in before'!. Oh dear, how many times have she and her 9 comrades  been in situations where they go starkers just for the hell of it!

Because this news item referred to Malaysia, I always get very curious about the comments contributed in The Independent.  This is because ....

..... as seen from the research above, the readership of The Independent is not made up of the 'great unwashed'  and the hoi polloi.  The last-mentioned inhabit papers like The Sun and the Daily Star.  As for The Independent,  46% of the readers come from the top A/B class ( Higher, intermediate managerial administration, professional occupations who make up 22% of the population)  and 36% from the C1 class  (Supervisory, clerical and junior managerial, administrative, professional occupations making up 30.8% of UK's population).

Quite a number of the comments were quite sympathetic to the distress of the people in Sabah.  There were others who were simply bigoted and pig ignorant. 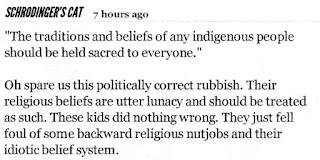 But , as I expected, any news pertaining to Malaysia never fail to bring out a good dose of  Malay-Muslim bashing, a favourite pre-occupation of the 'liberals' in UK's media. 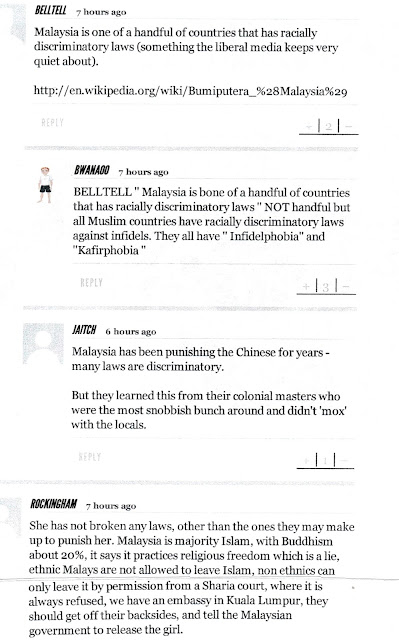 The irony of it  - Malaysia  (a "muslim majority country notorious for discriminating against every other race and any other religion" ) -  is adamantly critical of the insult and distress heaped on her native and Christian  population in Sabah and took immediate action to bring these miscreants to justice. 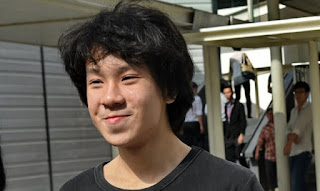 .... for 'crossing the line between freedom and offence' (Chia Boon Teck).  In March this year he was arrested - facing multiple criminal charges -  when on You Tube he called Lee Kuan Yew a "horrible person". made an offensive drawing of Lee Kuan Yew and Margaret Thatcher having sex and went on to describe Jesus and the late Lee Kuan Yew as both "power hungry and malicious'.

He's out on bail of GBP9,800 and faces a fine and up to three years jail if found guilty.


BRICKBATS to Malaysia for allowing Alvin Tan and other mainly non-Malay and non-Muslim cybertroopers to get away with  'utterances' against Islam and Muslims  with a 'deliberate intent to wound religious feelings'.

Like the 16 year-old Amos Yee,  Alvin and the other hate-mongers were citizens of the country they deliberately offended.

"Nudists cause earthquake, arrested by authorities" will make headlines anywhere.

Though I would wish to correct them that Kinabalu beliefs are not related to Malay Muslims that they attack just because they hear it's in Malaysia.

On the other hand, it's an opportunity to show the world about Sabah, Kinabalu and tat Malaysia is multiracial and multicultural.

Not to mention mystical.

Maybe some of those anti Malay Muslim commenters are actually non Malay Malaysians trying to bad mouth the country and the establishment, just like what happened when MH370 disappeared last year. Don't these racist bigots know that most Kadazandusuns in Sabah are Christians and the Malay Muslim government is supporting them all the way to punish the bad mannered Europeans?

Apologies for this belated reply.

Your third sentence is most relevant - that Malaysia is indeed a multi-cultural country and ALL beliefs are and should be respected - whatever the source of the denigration, internal and external.

Again apologies to Anon June 17.25 - life has been a little hectic for AsH lately.

You are right about those slaggers of Malaysia who hide their 'cultural identity'.

On my blog they write under Malay-Muslim names to vent their bigotry. But their deceit is so easy to detect.

The internet allows for so much cowardice and crooked, 'cooked' thinking!