Just returned from doing my duty as a PR in the spouse's motherland. 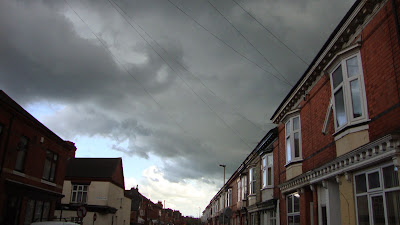 ....... not a good omen for getting a strong, gung-ho, no-nonsense government.

I did not do too well either at the polling station because I made a blunder .......


This election is a three-in-one - you vote for your City Councillors, the City Mayor and your Member of Parliament.  The most important is the election of your MP - in this case -  for Leicester South.


Of course the big boys (and girl as in SNP's Nicola Sturgeon) have been hogging our news on radio and TV - most of the time slinging mud at each other, telling porky pies and making promises they will not and cannot keep.


In this land which is reputed to be the 'Mother of all Parliaments',  and an important fount of democracy, the populace have no faith in, and no truck with, politicians and political parties.  The prediction is for a  'hung' Parliament because the big  Political Parties are equally trusted and mistrusted.

So what's so wonderful about Democracy?

For Abraham Lincoln (1809-1865), democracy is  "Government of the people, by the people, for the people".  It begs the question - which people?  The establishment in USA did not take long to indict and put on trial the "Boston Bomber".  What about the perpetrators of these "mistakes'  made by the forces of law and order in the USA? 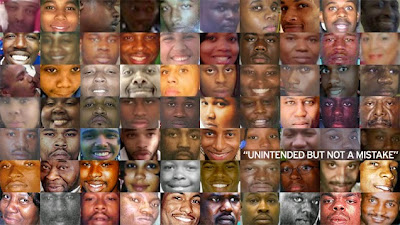 For Britain's greatest war hero, Sir Winston Churchill  (1874-1965) :  " No one pretends that democracy is perfect or all-wise.  Indeed, it has been said that democracy is the worst form of government except all those other forms that have been tried from time to time".

To quote the late Mr Lee Kuan Yew when he was the opposition leader  in 1955  " But we either believe in democracy or we do not.  If we do , then, we must say categorically without qualification, that no restraint from the any (sic)democratic processes, either than by the ordinary law of the land, should be allowed ..................  If you believe that men should be free, then, they should have the right of free association, of free speech, of free publication."  (From Lee Kuan Yew Watch)

Then in 1997, in The Man and His Ideas, 1997,  " You're talking about Rwanda or Bangla Desh, or Cambodia, or the Philippines.  They've got democracy, according to Freedom House.  But have you got a civilized life to lead?  People want economic development first and foremost.  The leaders may talk something else.  You take a poll of any people.  What is it they want?  The right to write an editorial as you like?  They want homes, medicine, jobs, schools."   (From Lee Kuan Yew Watch)

Unfortunately the first three countries mentioned above have not had a good stock of advantages to capitalise upon, like Singapore.  Unlike Singapore, they have been battered by long periods of bloody wars and and they did not inherit a substantial economic legacy like that bequeathed upon Singapore from UK, the island's former rulers.

In UK the  practice of democracy does include a modicum of 'civilized life' and "the right to write an editorial as you like."

But the provision of "bread' alone is not enough.  An overall provision of a good life as in UK and Singapore does not bode well if there's  increasing inequality between the rich and the poor.


In UK, according to a May 2014 report, the top 10% own 44% of household wealth, and five rich families in the country have the same wealth as 12 million people.
See :  http://www.theguardian.com/society/2014/oct/28/rich-poor-divide-harming-britain-poll

So, what is an Election for?

Milliband (Labour) says  "Britain only succeeds when all its working people succeed."  Cameron (Conservative) declares  "The choice is clear. You can vote for a stable economy, or financial ruin."  As for Clegg (Liberal Democrat) he promises this platitude, "We will bring a heart to a Tory Government."

For AsH and spouse, who have a stake in this country, who pay our Income Tax and Council Tax, who are buffetted by the rising cost of water and electricity and gas and TV Licence and enduring the grief of living with 'new' (and very inconsiderate) East European immigrants as neighbours - who do we vote for?  Our choice is determined  by "who do we not vote for?"  That's not much of a choice, is it?


Have a good laugh .  The Election madness is over - for the next five years.

Are you back? and for how long? Sorry have not been in touch.

Thank you Kak Teh,

How are you me duck?

We've been back for spring - since March. Hope to go the other direction before Ramadan, insyaAllah.

Am off to the other direction next week but will be back this direction 2nd june. Perhaps we go pay you and abang Ian a visit? Been too long!! am now a grandmother!!

It's our destiny - 'never the twain shall meet.

Have a safe journey home and enjoy yourself.

Salam and love from AsH and abang Iain.

I'm in mourning for a country that no longer cares for those less fortunate than themselves.

My abject apologies for not replying sooner.

I'm cynical Puyi, none of the other parties would be much better than the Conservatives. Yes, Labour/Lib Dem would show a bit more heart - but their pockets are with big business and big banks. What they give with the right they take away with the left hand. That's democracy!

By the way, hope you're in good nick.

Thank you and my apologies for this delay.