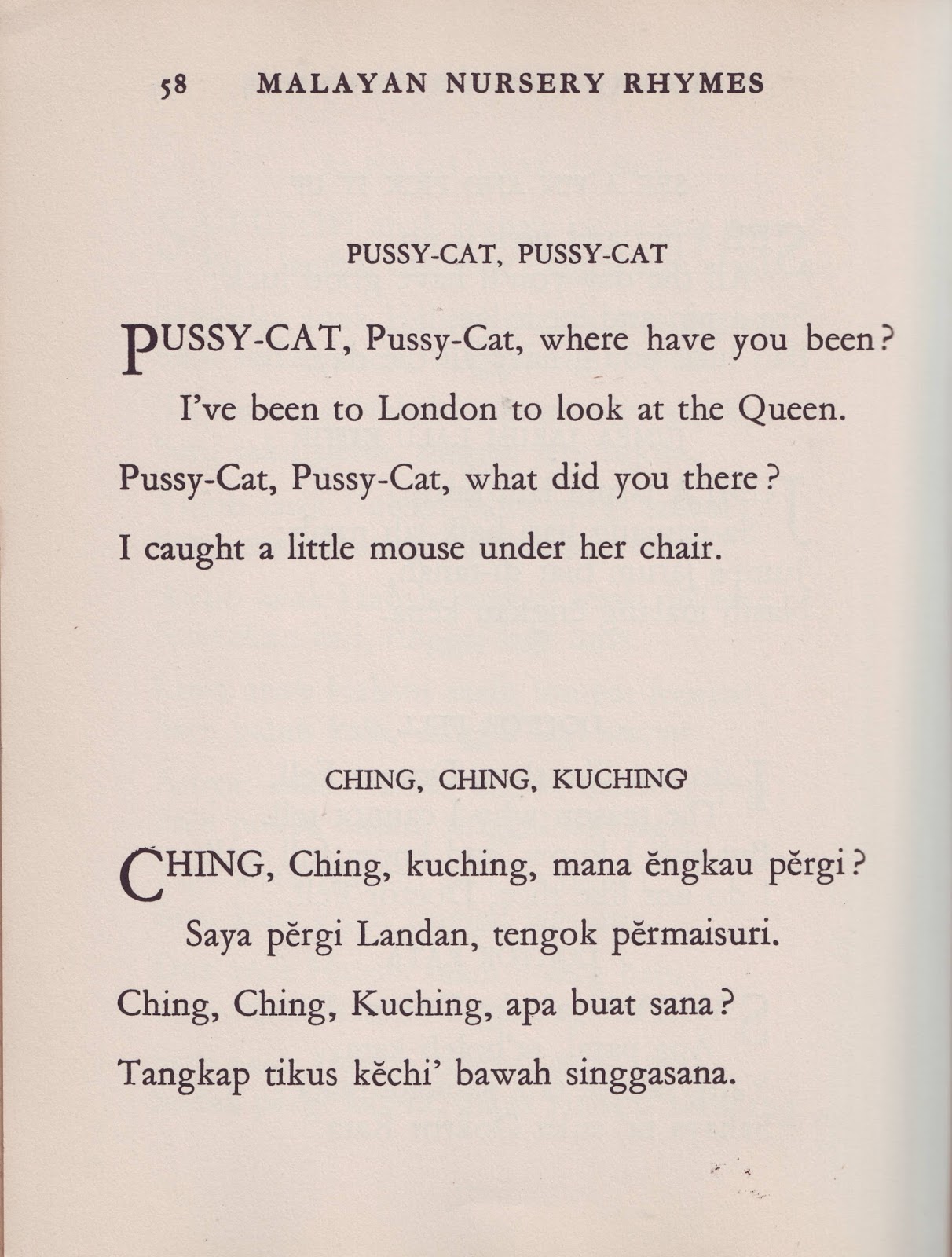 There was no mouse to catch in Temasek but many of the meeces  ( a word borrowed from Mr Jinks)  were unrecognisable.

Jai indulged us with a fabulous tosay breakfast at Tek Kah.  We then went for a walk in the backlanes off Serangoon Road. 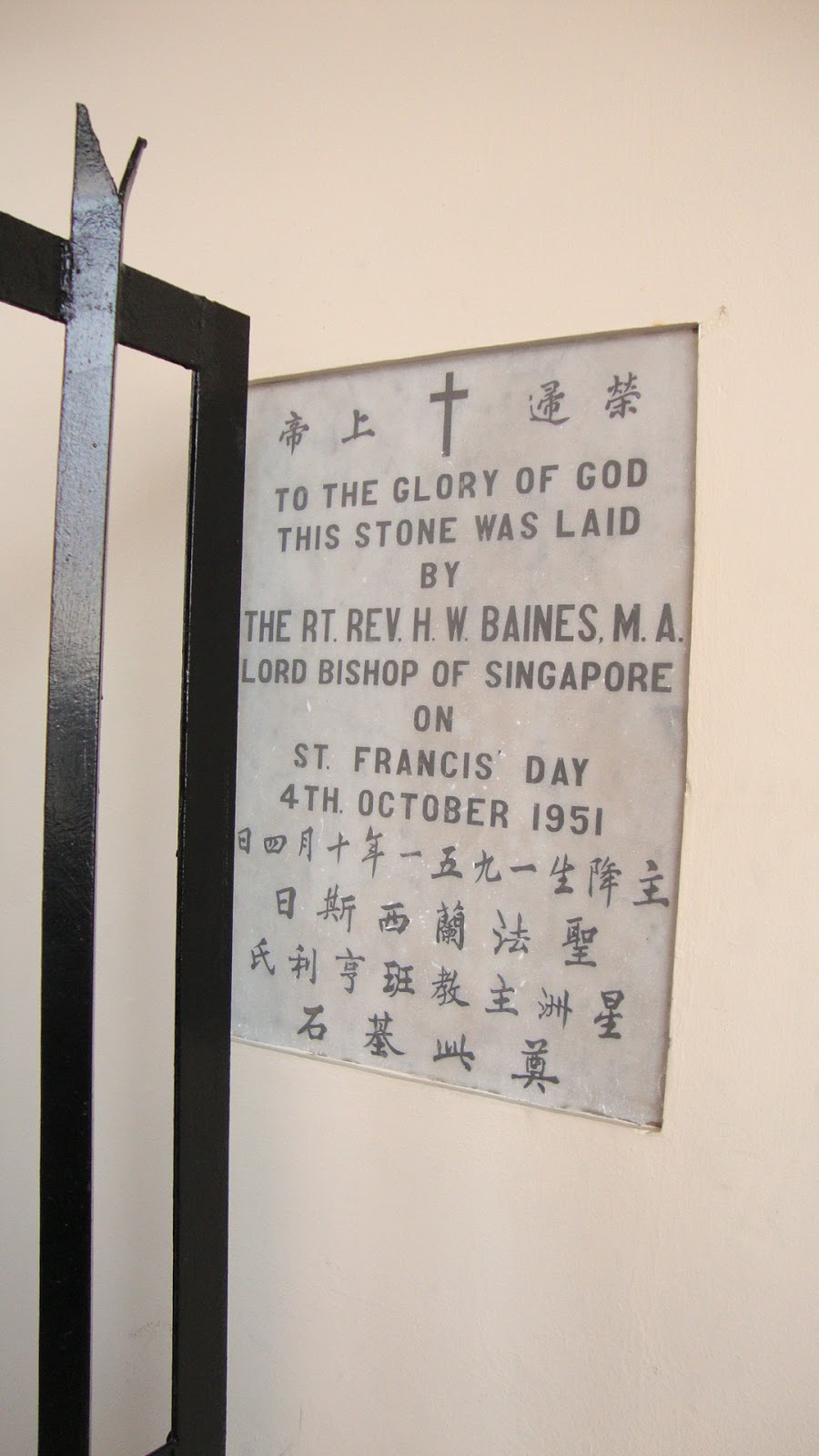 
This church, located on a little street off Serangoon Road, also conducts services in Tamil/English at 5.30pm, Singhalese at 3.30pm, Hindi at 3pm and Malayalam at 8pm.  Truly a multilingual church, not like in the old days!

However, two instances made me realise this is not the Little India I knew.  The spouse talked to an Indian gentleman to ask about the shrines at the Clive Street banyan tree.  But he had little to say as he had come to Singapore from Tamil Nadu just 6 years ago.
I wandered about looking for a shop where I could get myself a blangah.  I went into one and made an inquiry in Malay - which is quite normal whether you're Malay or Chinese, whenever you go to an Indian shop - but the man I spoke to looked nonplussed.  He uttered a few words in Tamil and I picked on one word Malai.
Okay, I got it, he does not speak Malay! Foreign workers in Kuala Lumpur, whether they're Indian, Bangla Deshi, Burmese, Cambodian or Vietnamese are usually able to speak and understand Malay, especially something simple like " Di sini ada jual blangah tak?"   I suppose the house of  Mammon (like a shop) has very different observances.   Some Singaporeans are not the Singaporeans I grew up with.

Item 4 is a little confusing. Did the 'Break' consist of a fast buffet?  Or did it mean 'Break fast - Buffet provided'?  Or may I put on my teacher's hat and suggest that it might refer to "Breaking of Fast - buffet provided".  {Shut up AsH - stop being finicky!}


But this, thank goodness,  remained the same.  This corner stall at Boon Lay Food Centre (no more a Hawker Centre) sells  Boon Lay Power Nasi Lemak (which won a special award - and which explains the queue) , Nasi Campur and the best Lontong north and south of Selat Tebrau!!

Let me have those old familiar, friendly feelings of past times and spaces.

Thank you Anon 1.22pm for popping in and I'm touched by your kind and warm wishes.

I wish the same for you and yours.

InsyaAllah this cikgu shall keep on writing for as long as youngsters like you enjoy and learn something from my jottings.

Found your blog couple of week ago and I can say your views are magnificent.

Lots of people have gone through lots of things in their life, but no many has the ability to express them in such finesse. Keep up the good work.

One question from me, if we put pure meritocracy in place in Malaysia, like Singapore will Malaysia become another Singapore?

Thank you tsyhll for the bouquet. All I have is the benefit of experience.

I have to say this however.

Is there really any policy/culture that practises so-called 'meritocracy'? It's just another terminology to perpetuate the power and wealth of a selected few. And on that note, nothing can be pure - especially meritocracy.

InsyaAllah I shall keep on writing. Comments like yours are very encouraging. Thank you

Salam and Selamat Hari Raya to you too! There's still a few days more in Syawal.